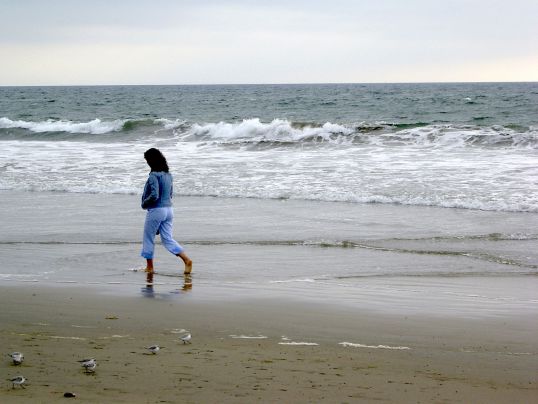 I was a very normal girl who wanted to have a lot of friends. However, I wanted to do something extraordinary in life and become ‘famous’ in school but it never happened.

While in college I got a chance to showcase my talents. I was good at orating, writing and managing but that wasn’t enough. Every girl around me had a boyfriend but I didn’t.

I wasn’t interested in having one but it made me feel left out. So, I started talking to boys. Back then I was a plump girl with glasses, so boys never showed interest in me.

I worked on myself, my beauty was hidden inside of me and the second I discovered it, I started blooming into a beautiful girl with perfect curves. I used to get compliments from everyone. It helped me improve myself. Losing weight helped my self-confidence. I started liking myself.

Soon after, a guy came into my life. I met him online. We spoke a lot. We had many things in common. He was everything that I looked for in a guy. I was pursuing architecture and I loved my stream, I always wanted to excel in it. He was an Architect too. He used to tell me stories about how excellent he was at work.

The projects he used to handle, his clients, his meetings. I was in the second year of college and it was all too fascinating for me. I fell for him. I fell for everything about him. In a short period of time, we went on a date and he proposed. I agreed. I wasn't in love with him, I was in love with his knowledge.

But, all he had for me was lust. He used to take me out on cheap dinner dates and later force me to make out with him. I would think that was love, that's what lovers do. So I would budge too. Every meeting of ours was only about this. Soon, I had this intuition that he will leave me. I thought I should introduce him to my parents to be safe. We both introduced our parents. But that didn't help.

He drifted away from me. He started ignoring my phone calls. My text messages, any sort of communication with me. I went to his office. He'd not see me. I tried meeting him through his friends, he would ask me to go away.

For nearly 6 months I was in depression trying to communicate with him. For a hundred messages, he'd send one reply "I'm busy" I would think he's working for our future so I should give him space and so I'd not disturb him. We didn't talk for 8 months. And I would look at every message and every call hoping it was him.

And one fine day, I was supposed to host a programme in college. That day, I texted him asking if the relationship is on. He said no. The next Sunday was his marriage in the church. I was shattered.

In deep depression with no one to go to, I was devastated. I was so angry with him that I wanted to stop that marriage; instead, I started focusing more on my academics. I started doing things fiercely. I started working day and night for all my remaining semesters. I was depressed, I couldn't smile. I thought of ending my life. I lived through it. Traveled alone. Explored places alone.

I graduated with good results. And after that one relationship, I couldn't take any other relationship. I dated a lot of guys, they were all interested in me only for my looks. I wasn't awed by anyone. I lost interest in sex or even kissing a guy. I couldn't find anything that I could get attached to emotionally other than my work.

I'm married now. The guy I'm married to is the best husband any girl could ever wish for. But I'm still not attracted to him. I am not emotionally attached to him. I care about him, he loves me. But I feel there's something that I miss and I hope I can return the same love to him sometime. If it's love that shattered you to pieces, don't focus on vengeance through anything, the amount of thought put into that can rather be positively used to make your career better.

Share this story because all heartbreaks are shattering and to be able to love again is a blessing.

Here's Why Everyone Should Learn How To Save Lives