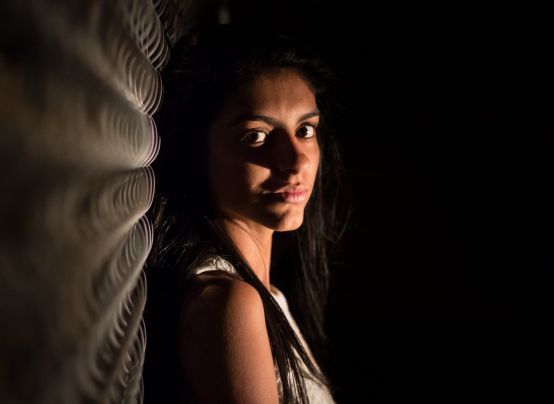 I belong to a family where different cultures are practised. My family members have different belief systems. Hindus, Christians, Muslims and people belonging to other parts of the world too are a part of my family. I would visit my aunt in Cochin, a place in Kerala during my vacations. My parents did not want me to laze around during the break so they enrolled me in a local tuition centre which was close to my aunt's house. That is where I met him. I was in 6th grade at that time.

Initially, it was just friendship and after the break, I went back to Mumbai.

During the next break, I told my parents that I wanted to go to the same tuition classes again.

I hoped to meet him this year too.

A week passed by but I did not find him so I just casually asked my teacher about him. He told me that he was on leave for a week and would rejoin the classes on Monday. This pacified me.

I was excited and was eagerly waiting for him. This time I made sure that I got his contact number. I created an account on Orkut because I wanted to keep in touch with him. This break went well.

I pinged him as soon as I reached Mumbai to let him know that I had reached safely. We would call each other once in 6 months and I would visit him during the breaks.

By this time I had figured out that we shared something beyond friendship.

The frequency of our phone calls and chats had increased and had become a part of our routine life now. When I was in 9th grade I told him that I liked him. In fact, I wished to spend my entire life with him if that was possible.

He asked me to prove my love to him.

So I asked my dad to get me admission in a school near my aunt’s place in Kerala. My dad gave in.

I proved to him that he was a priority in my life. I loved Mumbai but I gave up my life there because he was my top priority.

The rest of the year was very stressful. I would take a flight to Mumbai meet my parents and friends. Things were going on quite smoothly in our lives till our 12th standard.

It was then that life gave us the biggest shock of our lives.

He always had a fever and this bothered him a lot. He went in for a series of tests and was diagnosed with intestinal cancer. The rest of the year went in getting his treatment. I decided not to move to Mumbai to do my degree.

I would bunk my classes and travel for 2 hours just to make it to the hospital to meet him. I would then return to my hostel before the curfew timings.

Life was tough but somehow we managed to get through all this. One fine evening we decided to go out for a stroll. His mother came to know about our relationship when I dropped him home. I was called into his house and they wanted to know my intentions. I had to face almost 30 people in his family at the same time.  But I felt relaxed because all his cousins knew about our relationship.

We had been together for 7 long years now. But his mom made it crystal clear that I was not the type of daughter in law that she wanted for her son.

We decided to continue with our relationship and managed to drag it for one more year.

But it did not have much life in it now.

We decided not to meet or talk for one year. We agreed to take a final decision after a year. My life became hell now. I started smoking and consuming alcohol to divert my mind. My grades suffered and my teachers were upset about it.

I really thank God for giving me such lovely teachers.

They supported me so much. They got to know my entire story from my bestie. I was moved to one of my professor’s house.

After my classes got over my dean visited his parents to talk about us. But nothing could convince her. I had to give up on my love because of two people – his mom and his dad.

After a few years, I got to know that he was engaged to his childhood friend. The last memory I have of him is his happy face on his wedding day.

I had to face it just to assure myself that I was not a part of his life anymore.

I went for a long drive from Cochin to Mahi just to booze on that day. I gave up the opportunity of going to Canada for my higher education because he was battling cancer at that time. I didn't want to leave him on his own at that time. He is now blessed with a baby boy. They are happy. I do keep a track about his whereabouts.

Love always helps us find the best in others but when we lose out on love we start looking for the best things within ourselves.

Right now I travel a lot. Travelling has always been my passion. I had grown my hair just for him and it had been well below my waist earlier. After we parted ways I cut my hair short. Then I shaved it and became bald.

Life has changed. Things have changed. Yet somewhere deep within me, I know my love for him has not changed.

I am Manjari, a 24 year old girl. This is what I went through in my life. I am still finding it difficult to move on with my life.

All of us lose out on a few relationships in our lives. But we also discover so many things about ourselves when love flows in and out of our lives. Love always touches our souls in a beautiful way. So let’s learn to spread our love to other people and be receptive to the love that other people shower on us. Let's share this young woman's story because she has learnt to find love by pursuing her dreams and passions.