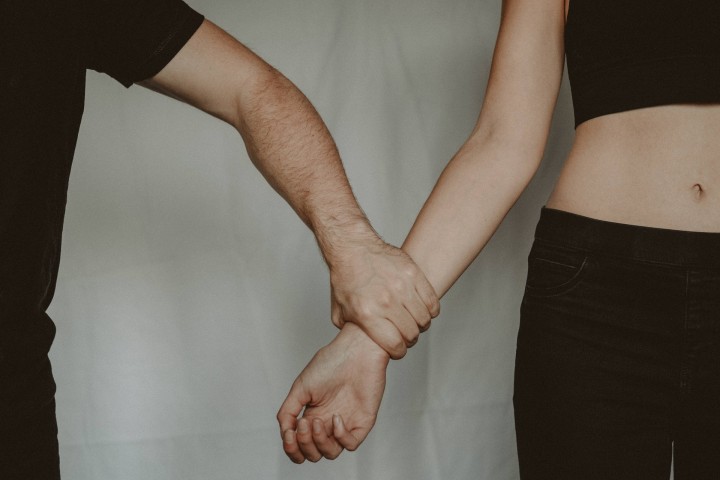 There comes a point in your life when you fall in love. Everything goes perfectly when it's the starting but you come to know the person when you spend more time with them. You never know when your fairytale will turn into a nightmare. A nightmare which haunts you forever.

It happened 4 years back, I met this guy on a social networking site. We started chatting all day long. He had a breakup, so I supported him. Our chats turned into deep conversations and finally after some time we met, and on the very next day he proposed to me and I said yes because I loved him and thought he's the one.

Everything was going perfect. He used to pamper me a lot and treated me like I'm his world. I thought I found my soulmate. But after some time we started fighting. Well, every couple fights but our fights were different. He used to threaten me that he'll cut his wrist, will hang himself if I'll leave him. He used to stand in front of my classes with a blade in his hand and only I know how I used to control him. These things continued and I didn't even realise he was a psychopath.

He used to slap me and force me to kiss him and I did because I had a fear that he'll kill himself. Then one day one of my friends told me that he's into drugs and all the time he was cheating on me. He had many girlfriends and he used to text a girl asking her to come back in his life. He used to have fun with other girls and in front of me he used to become innocent.

The moment I came to know about all this I left him. He cried and called me to meet him for the last time. He begged a lot and I went. We were in a car and his friend was driving and we were sitting on the back seat.

Suddenly, his friend stopped the car. That place was unfamiliar and there was no one. His friend went away. I asked him to park the car somewhere else, he didn't listen and suddenly his hands were on my jacket and he just groped me. I shouted and he kept his hand on my mouth and took out an orange packet and I knew it was a condom. He was all over me and he groped me again and wanted to have sex but somehow I ran away from there crying.

I'm sorry I can't describe the situation in a detailed manner. I was molested and still I feel very bad about it.

I left him and his male ego got hurt so he started spreading rumours about me. That was a very bad phase of my life. A horrible experience it was. I didn't know that someone can go to this extent just to fulfil their needs.

My life became normal last year. I faced every obstacle and problem without any fear.

In the end I'll just say, do not fall in love with someone's cheesy and mushy words. You'll regret. Because now I just can't fall in love or trust anyone.

Share this story because no one should find themselves in this situation.

Here's The Story A Woman You Know Is Hiding From You