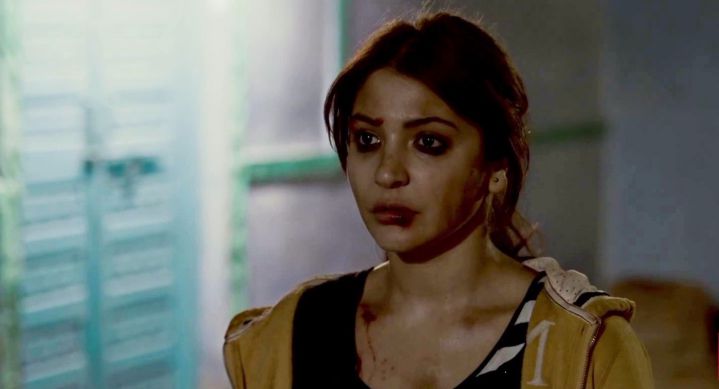 I was a thirteen year old little girl when my paternal cousin, Ravi, who was staying in our house at the time, sexually harassed me. He was around twenty years old then. My friends and I were playing hide and seek, and as the friendly guy he masked to be, he joined us. During our attempt to hide, he took me to the room and started touching me inappropriately. I couldn't process what was going on, he was like a big brother to me. I was at an age where I could tell exactly what was going on.

Abruptly, I started trying to get out of his arms and then he held me even tighter, covered my mouth and ran his hands all over my body then left me there. He grinned at me while he was going out, and all I could do was sit there and cry. I did not tell anyone, not even my mother.

After that day, he was still hanging around in our house and used to pass comments at me whenever no one was looking. Sometimes, when he used to come to school to pick me up, he would talk in double meaning in front of my friends. There were times when I woke up in the middle of the night to find him in my bed, and yet I couldn't bring myself to tell anyone. He tortured me like anything! I stopped talking to him, and even attempted to avoid his presence. My parents figured out I wasn't talking to him all of a sudden but they never felt the need to ask me for the reason. He went on to torture me for the following few months. One day, all my relatives had come to our home to attend my aunt's housewarming function. I was playing with my cousins, and my dad's sister was watching us. Ravi came, he did not see her and as usual started talking to me inappropriately.

He said, ‘Didn't you like it that day? I know you liked it. I will marry you and do that to you more often, so you don't have to act now.’ Even my little brother heard it, but I am not sure if he understood it or not, but that really tested the limit of my patience level. All the anger and frustration that I was suppressing inside me during all those months, threatened to explode all at once.

I started yelling like a mad man and tried to hit him with the scale I had in my hand. But he held my hand and hit me in the face very hard twice and kicked me into a corner. All my little cousins and my brother started crying. Hearing all this chaos, my mother came running to the room. She didn’t understand what actually happened but she figured he hit me. The poor woman started scolding him and guess what, he started ridiculing my mother in foul language.

No one came to support us even though at the time our house was flourishing with relatives.

My aunt who was watching us was nowhere to be seen. After the scene, everyone went off to the function except my mother, brother, and me. My face was completely swollen and my dad did not even bother to come and see me. I was waiting for him to come home so that he would see my face and would go hit my abuser. I wanted just that much from my father. He came home later at night, and as soon as I saw him I started sobbing heavily, went to him and showed him my face.

I started venting about what happened with great difficulty, my throat felt uneasy and I had to try really hard to talk. After I reported everything to my father, I was expecting him, the only rock whom I could depend on, the person who is supposed to protect me, to rush to that brat and throw him out of the house.

By the way, Ravi was fast asleep under our very roof while all this was happening. To my utter shock, my dad's exact response was, 'why didn't you come to your aunt's function, tell me that first.' Yes, he said that! I guess that was the moment I lost myself. I stood there feeling numb and speechless, shocked at what he was saying. He continued, 'I had hit Ravi many times earlier but his parents never questioned me, so now I can't interfere. Moreover he would never do this if you didn't do anything to him in the first place.'

My mother started hitting her head and crying out of helplessness.

I looked at my aunt, desperately hoping that she would tell my dad what she had witnessed so that he would believe her enough to do something. To my surprise, she did not utter a word. My dad went to his room and closed the door. Well, what other choice did we have left? My mother and I cried all night. After that, I stopped talking to my dad. That's the least I could do. For two whole years I did not speak with him. Then he got really ill as he was also an alcoholic. There was a time when his chance at survival was very low.

I had started talking to him then but once when I was sitting by his bedside, yet another one of his trashy cousins started insulting me by saying that my mom and I are the reason behind his condition, that he never drank as much before we came to his life. Yes, my dad told them that he was drinking because I was not talking to him. Well, he never made even one attempt to talk to me. Fast forward 8-9 years later, I am now 23 years old and Ravi still stays in our house with my dad, and even now, they are very close. Fortunately, my mother, brother and I are staying in another city for our education. But we are still living in hell.

My dad knows very well how much it hurts me but he is oblivious to my pain.

I studied well and now I have a job with a decent salary. I did not pursue my masters even though I wanted to do it badly, because I couldn't depend on a man like my dad anymore.

Even after all these years, I simply cannot bring myself to trust a man. I have never had a boyfriend, I cannot even bring myself to have a male friend. I cringe whenever a guy touches me. I think my dad ruined my life, yet I am still unsure of whom I hate most out of the two - my dad or Ravi.

Confessions Of A Feminist Married Woman In India