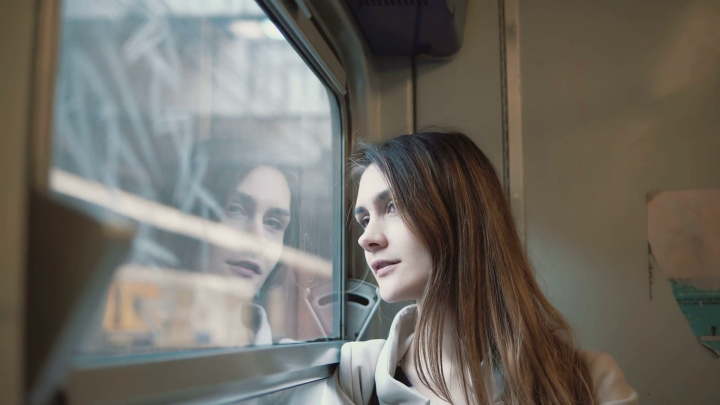 I dated this one guy for almost two years. We were introduced to each other when he visited Mumbai to meet his cousin (who was my friend's friend). Luckily he was in a relationship at that time and we just it hit off as friends.

A couple of months into the friendship, I realized I have fallen for him but never said it out loud. He suddenly stopped talking to me.He became rude and distanced himself from me. I respected his decision and didn't bother him much.

A few months down the line, while I was chilling with his cousin and other friends one night, he drove down from Pune to meet me. In the morning before leaving he went down on his knees and asked me out. He confessed that he had fallen for me as well and wanted to clear the mess in his personal life before he admitted anything to me.

He had broken up with his girlfriend a while back and wanted to figure out his thoughts and once he was sure that he liked me, he came down to ask me out. Those few months were the best in my life. We were like best friends who were deeply in love. Things were sailing smoothly. He had become my emotional support. He supported me in everything despite being miles away. He motivated me to be a better person and have more confidence in myself.

Life was like a fairy tale dream till I brought up the topic of marriage.

By now I was head over heels for this guy and was confident about spending my life with him. He, on the other hand, was someone who never wanted to get married. I had known this since the day we started talking but I had faith that our relationship will be a good reason for him to take the leap of faith. But that wasn't the case for us.

After a lot of discussions on why it was good that we get married, he told me how he was not ready to be married yet. How he has to take care of finances before he can even think about taking responsibility of another soul. He wanted nothing but the best for me but felt that he was yet not ready to give me that best due to a lot of reasons. He also mentioned how orthodox his family is and how he would not want a happy soul like me to be bound to their limits simply because I loved him.

He also said that marrying your loved one is not exactly how one needs to show his love to be true. His exact words were, "marriage is nothing but a social obligation. I don't have to marry you to be committed to you or prove my love for you". His words are etched in my mind. Sometimes I wonder if someone can be loved the way he said. I was given up on because I was too nice to be his partner. Can't decide if it is a good thing that has happened or not. The funny part is he is right now (arranged) married to someone else and I'm still struggling to get over him.

If you are in Mumbai and have an unforgettable story to share about love, dating or just how you met someone amazing on Tinder, Kahaaniya: #SwipeStories is bringing you the best listeners at antiSOCIAL, Khar, on 24th September. Send your story to [email protected] and cc [email protected].com and buy your tickets here.

Share this story because some heartbreaks come with a notice period, at least.