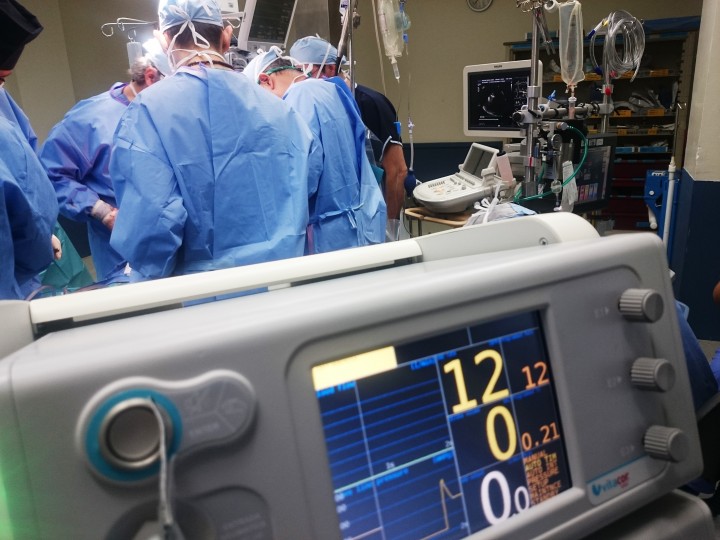 ECG was suggestive of Sinus Tachycardia (a fast heart rate). Based on his clinical evaluation, a quick bedside clinical diagnosis of a massive Pulmonary Embolism was made. Though I have only seen only 4 such cases in the last more than a decade of my practice in Emergency, I was 99 % sure that I would not be wrong and did not write any other provisional/differential diagnosis on his emergency notes.

Knowing that Pulmonary Embolism is a life-threatening emergency where a patient can suddenly go into cardiac arrest and die, we needed to make quick clinical decisions and interventions.

A quick CT Pulmonary Angiography was done, which confirmed the diagnosis of Pulmonary Embolism. With our Emergency team which worked with clockwork precision, we were able to give him the definitive treatment in the Emergency itself, within 38 minutes of arrival, and by the time the medication infusion was over in 2 hours, he had stabilised completely - Chest pain is gone, BP picked up, Oxygen levels up and he was much more comfortable. His father stood by the bedside throughout the life-saving medication infusion. At the end of it, with tears in his eyes, the patient said, “Thank you, doctor…” which made me emotional.

(This doctor is God present in the form of a human, nothing will happen to you)…” and I was left speechless. A reason why I wanted to write & document this case was that it was one of the most well-managed cases of my career, and highly satisfying considering the lifesaving interventions done promptly.

The Head of the radiology department and the cardiologist (under whom the patient was admitted) were all praised for the quick diagnosis and treatment in the emergency, moments which make you feel good to be a part of a Team where we celebrate each other’s success.

Also, it reminded me that I still get the same adrenaline rush and kick by saving someone’s life in an emergency, as I used to in 2006 when I was a 2nd-year medical student and first exposed to the EMS at Sion Hospital, Mumbai. Over the last few weeks, we’ve had some really interesting and exciting cases wheeled into our Emergency Department, and as a Head / Team leader,

I really feel proud of the phenomenal work that my team can accomplish, and we’re growing together.