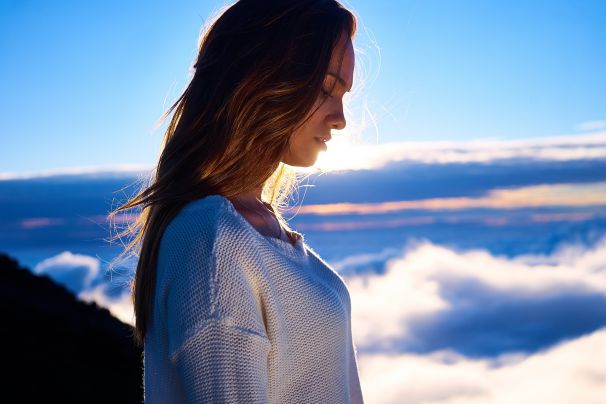 This happened when I was in the first year of my college. I had always wanted a good career because  I wanted to lead a perfect life. I was totally against an arranged marriage. Maybe it had something to do with the fact that my parents had an arranged marriage and I had seen the issues they were facing.

I had just completed my second year when I lost my mother. This was a big loss in my life. I was completely broken at that time. Yet, I somehow managed to complete my graduation. I also studied for and completed a computer language course while I was still in college. I had wanted to become a journalist when my mom was alive. But after she died, I started focussing on computers.

I got a job in a computer centre. I did my master’s degree (distance learning) in computers while I was working here. I clearly remember the day when I saw him for the first time. He was sitting in another class. My friend was teaching him. She would often tell me about him when we had our lunch together. She would say that he was intelligent and very funny.

Every time she talked about him, I could sense that I was getting attracted to him. I wanted to become friends with him.

After a few days, my friend took a break because she was preparing for her wedding. So he approached me when he wanted some notes and books. I helped him out with this. He asked me for my mobile number and said he would like to contact me in case he needed any help with some topic. I shared my number with him.

When my friend got married, we both attended the wedding. When we were in the wedding hall, he looked at me with admiration and said I was looking very beautiful. Time passed very quickly after this and we started messaging each other. Soon it was time for the summer vacation. We became very close to each other as we chatted frequently.

We did not directly admit our feelings but yes, we both did feel that we were special to each other.

One day he asked me whether I had any feelings for him. I told him that I had started liking him. We both were happy that day. We started meeting at my computer centre because my friend had moved to another city after she got married. I took care of all her lectures now and he was now one of my students. Sometimes I would prepare some lunch and offer it to him too.

We kissed each other for the first time when he was attending his last class. It was a very different feeling. I did not think about whether it was wrong or right. I had always believed in a love marriage.But I had never imagined that I would end up kissing someone like this. I was scared and called him up. I told him that I wanted to marry him.

He agreed but at that time he was still in the 3rd year of his engineering. We both agreed to tell our parents about our relationship after he got a job. We met many times and became really very close. But I did not have much time to talk to him. He always tried to meet me and wanted me to call him every day because he was studying. I even took up the responsibility of paying all our bills willingly. Sometimes, he wanted some financial help. I helped him out without a second thought.

Then he moved to Delhi after his graduation where he started preparing for his CDAC. He was not too confident about his future and always took my opinion regarding his career moves. I don’t know what happened to him after his CDAC exams. He somehow became demotivated and stopped thinking about taking up an engineering related job. He wanted a government job so he started preparing for the entrance exams.

In the meantime, I too had moved to Delhi to take up a new job there. We both became closer now. Whenever I returned home, my family members would always ask me to get married. I kept refusing for a while. But one day, I told them that I liked a guy and wanted to marry him. I told them that he belonged to a different caste and was still preparing for the entrance exams so that he could get a government job.

My family overlooked these two aspects because I told them how much he meant to me.

Time passed and now, every time I went home, my family members would ask me whether he had got a job. I had no answer to their question. So I would just tell them that he was preparing for the exams this month and he will surely crack it in the near future.

Every time he scored poor marks, my faith in him was shaken. My family too was getting concerned. I knew he was sincere with his preparations, but my parents wanted results now.

My family started pressurizing me now and this started affecting our relationship. I wanted to know when he would clear the exams and secure a job for himself. I even suggested that he start applying for a private job. My parents wanted us to get married and I told him that if he got a private job we could go ahead with our plans.

But he never took up any of my suggestions. Our conversations would often end up in heated arguments.

My roommate too was concerned about my future now. She knew that I shared a great relationship with my family and him too. She would always ask me why I was giving him so much time. She suggested that I give him a deadline. She asked me to do this because she did not want my family or me to suffer because of him. I got influenced by her suggestions and told him to give me one final date on which he would appear for the entrance exams. He said, “I don’t want to stop my preparation for the entrance exams. I want a government job. If you don’t want to continue with our relationship, or if your parents are not able to understand my plans, you can go ahead and get married to another person.” This statement of his broke me from inside. I decided to explore other options. I cried a lot in front of my roommate.

I decided not to marry him as my parents were not happy with the fact that he was not earning anything as yet.

Moreover, he belonged to a different caste. He refused to see things from my perspective. I felt I was not too important to him anymore. So I decided not to contact him frequently.

I opened an account and created my profile on Jeevansathi. I did not want to get married to a person that my family members chose for me. So I started looking out for a suitable profile. I talked to 3 or 4 people over the phone but it did not work out because I still loved him.

I did find a guy on Jeevansathi. He too was keen on having a conversation with me before getting married. I found his profile suitable. We started chatting over WhatsApp. We became closer to each other with each conversation. He asked me for my pictures the very first time we met. We both were familiar with each other now. We also belonged to the same caste. So we shared our photos.

We both developed strong feelings for each other and started dreaming of getting married. By this time, I had already decided not to talk to my boyfriend. I asked my sister to talk to him and tell him to get a job within 2 months. I knew he was incapable of doing this. I don’t know what came over me and my mind. But I stopped talking with him. Maybe it was because I was still hurt by his remarks. Maybe I was dreaming of creating a future with the other person now.

So, I ignored his calls and messages. He apologized for his behaviour but it was too late now. I did not find him interesting to talk to now. But the new person was also not responding to me because he was busy with his job. So, I am stuck in the middle now. I no longer have any feelings for my boyfriend and have only started developing a few feelings for a person who may not be interested in me.

One day my boyfriend called me. He started crying and abused me a lot. I realized that he still loved me a lot but it was too late for me.

I too was crying because I did not have the same feelings for him anymore. We were in a 5-year relationship. But it was ruined by one wrong decision. He is still preparing for the entrance exams so that he can get a government job. I still talk to him but without any feelings. I do this to motivate him and support him. I know that if I leave him, he will break. I know that when I had stopped talking with him for two months, he was on the verge of depression. He was not able to study at that time. But I don't know what to do with my heart.

There comes a time in all our lives when we just need to shed our ego, clip our dreams and trim our passions. When we think objectively, we get our priorities right. We then get the courage to reorient our perspectives and make the necessary compromises. That is what relationships are all about. Let us share this young girl's story and hope she gets the clarity that she is looking for in her life.