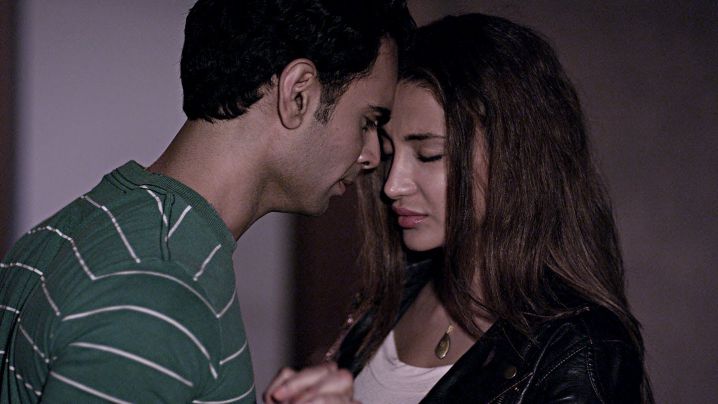 It all started on 06th October 2015 (her Birthday). We knew each other for 4 years and from the starting, I really liked her. She was beautiful. But as fate works sometimes, she had a boyfriend. So knowing that fact, I took a step back. But I never missed wishing that girl on her birthday.

In the fourth year I again called to just wish her on her birthday when the unexpected happened.

Destiny had other plans for us. Since that birthday of hers there was not a single day or night when we didn't talk to each other. Meanwhile I also discovered she was no longer dating that guy. This is where our story started. The good night and good morning texts soon became my life because I was in love with that girl and her everything. We went for lunches, brunches, coffee sessions, long drives and it was always hard to send her back home.

All was going good when suddenly one day she told me that her parents were looking for a potential groom for her so she could settle down. That’s where I got chills down my spine. On that day, I asked her for the first time, are you ready to marry me? She was scared at the thought of it but somehow she gathered up the courage and said,  "Yes".

After that yes, I had a word with my parents and fixed up a meeting of her and my parents in my house. My parents had a word with her and they gave me a big YES from their side. But, we both wanted some time before we got married. So my father suggested that if the girl’s parents got another guy for her, she'll have to tell her family about me and rest will be my parents' responsibility, who will meet her parents and do the talk.

We both were happy with the fact that we will be together for life in some months or a year. We were a couple for my family now and I had the licence to treat her as my “better half”. She was also very involved with my family and friends.

8 months after this, a day before my birthday, she handed me a letter for her internship that she had to go to Bombay for. I was very happy for her. I was happy that she would now be able to enjoy her life for some time out of her house, which she wanted for the past 6-7 years.

I was all set to fly her to Bombay as I wanted to help her explore new things in life. But after my birthday she took a flight to Bombay and I promised her that I will come to meet her every now and then. Fortunately, my sister also got an internship in Bombay and I got a reason to go to Bombay to settle her down.

I went there and met my girl (who was not mine ever) and we spent the best time of our lives together. But I didn't know it was the last time I was going to be with her. After 3 days that I spent with her, I was coming back when I said to her, "Come back soon love, I am waiting for you" and she hugged me and nodded a 'yes'. And that was the last time I saw her.

I came back to Jaipur and I got to know that my grandfather was not well at all. His cancer was becoming voracious day by day and this time it had given him facial paralysis. During the days I was taking care of him, my started ignoring me. She used to talk to me for a minute or two all day. I used to call her but she'd cut my call and even if she picked up calls, she was so rude and ignorant that I had no clue what was going on.

Then one one day I got a call from her flatmate. And she told me the most shocking news of my life. "Komal (my girl) and Yash (Name changed) came to me and they said that they like each other, what do you say about that?” She told me on a call.

Her friend added that the internship letter that she showed me was fake and she had no internship or office in Bombay. She shifted there just to have the time of her life and that I was a mere option for her. She said to me, "You're a nice guy but she is not the one for you. You don’t deserve that kind of girl. She doesn’t love you."

I was totally devastated but I was still not sure about what just happened. So I started digging out details and I found out that she was spending nights and days with that guy and he was the reason she was rude to me and was not talking to me.

22 January 2017 was the day when my phone flashed her name and I was surprised. I took the call and she said:

"Your gut feeling was right. Yash and I are going around from the the day you came to Bombay and I lied to you saying that he is just a friend. We like each other and I don’t love you anymore."

That was the last day I heard her voice. It was an emotional roller coaster ride for me to come out of this but I had to move on now. It was hard for me to believe that the 2 years I spent with her were all fake.

It took a lot of support from my family and friends to stand up again in this cruel and fake world and now I am all set again to conquer this world but with an ache in my heart. But in the end, I had to let her go.