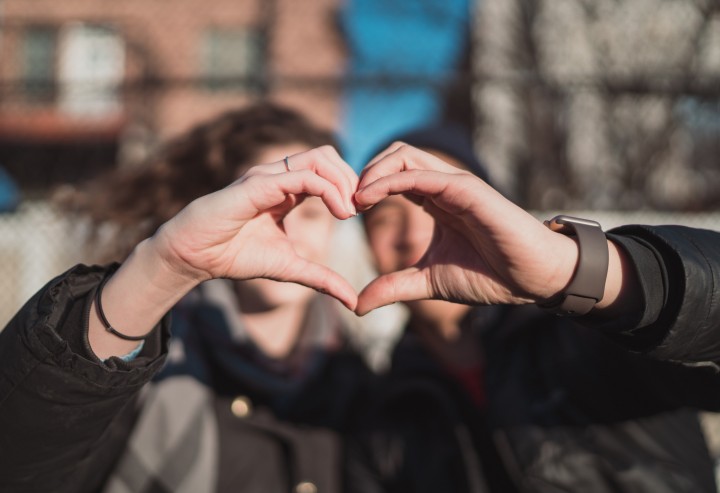 I’ve often been asked, what’s your masaledar love story? Which I find funny because to me, it's quite the ordinary story.

Karan and my parents have been family friends for decades, however, we as kids never met each other. My only interaction was when he dropped me off for my college interview as my parents were unable to commute to and from Noida in 2010. In fact while getting off from his car I thanked him - ‘"thank you bhaiya" I said.

We then officially met in 2015, rather were made to meet by our parents who apparently had been looking for our respective partners unbeknown to us. We met, spoke and gelled quite well, however, after 2-3 months of talking, Karan felt that he wasn’t ready to really take the plunge and that was the end of that.

As friends, both sets of parents kept meeting on and off, and we all moved on in life, often wondering what could have been.

We met again at a common friend’s marriage in the summer of 2018, where I like to believe Karan rekindled his lost feeling for me and after a few months, he got in touch with me again to chat casually. While I was pretty adamant on not getting married any time soon, Karan was pretty sure this time around, which I got to know much later.

A few months after we had been generally chatting, his parents came over for dinner, with something to discuss, which was a proposal for marriage. I felt completely blindsided, called him up and gave him a piece of my mind. We planned to meet the next day to discuss the same.

What was supposed to be a 30-minute conversation of me berating him and telling him off turned into hours long of conversation, drinks, and a dinner at Essex. I finally reached home at 12, with this weird feeling that maybe this is it.

After a few months of convincing me, as I would like to believe, we finally got married in November 2018, this from a girl who did not want to get married before 2020!

I often joke with Karan that he could have saved us both some time and we could have just gotten together in 2015 itself. In hindsight, we both are grateful that we got married when we did, without any difficulties, with ease and elan.

It's been a rough couple of years with finally some ray of hope around the corner. Hence, we at AkkarBakkar decided to dedicate this week to love for obvious reasons. Contrary to popular beliefs, we believe in dedicating days to things we forget to value in our everyday lives. So go on, share your love story and leave the rest on us. Make 14th of Feb 2022 a special day for your partner.

What Made Me Turn Away From Fast Fashion Very Quickly

I Often Tell Karan, "You Could've Saved Us So Much Time"