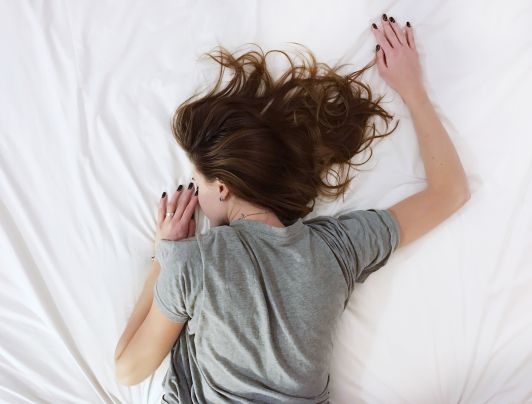 I turned 23 this February. When I was in 1st standard, I got molested by our neighbour. He was 9 years elder to me, and almost like a brother to me because he had no sister and so my elder sister used to tie 'Rakhi' to him.

I never liked what he did as he used to touch my body parts and when I asked him,"why are you doing this?", he said,"it's a game".

One day he showed his private part to me, I felt that something was wrong so I stopped talking to him and also I stopped going to his home. Once I shared all this with my sister who used to tie rakhi to him. She didn't believe me and asked me to stop all this nonsense. All this ended there only. One day, I was playing outside the house of my other neighbour and the uncle was sleeping inside the house. He called me and showed his private part to me. I was so scared that I ran away. That uncle had 2 daughters, 2 sons and one of his daughters was married and she too had a daughter. This scene too ended. A year later, we shifted to another city.

I was passing through a 'gali' (small bylane). It was almost 2 in the noon and a guy came out of nowhere and pressed my breasts.

I was too innocent to understand all this. I got scared and started crying. One aunty came out of house asked me, “what happened?”. I had no courage to tell her what he did so I told her that the guy held my hand. She gave me water to drink because I was so scared. Then the uncle dropped me home. I told my mother everything. I grew up. During my undergrad first year, I had a boyfriend who was dating me for a physical relationship. I broke up with him. I started hating men. During those days, I met a tomboy who was lesbian. I don't know when we started dating. I felt good thinking that I don't have to deal with men now.

Whenever she touched me, I felt disgusting. But she too had another girlfriend. She was two timing me just like my ex. We broke up.

During my post graduation I met a guy, I had a little crush on him because of his looks. One day, we decided to meet. I went to his home as he invited me over to watch his dramas (he was in theatre). While talking, he was sitting beside me and I understood that he wanted to kiss me. It happened. He was scared as I started shivering. He didn't get an expected response from me. The next day I messaged him saying that we shouldn't meet and also what had happened the day before won't happen again. He was confused. We stopped talking. I'm still scared of these things. He was a good guy but my fear ruined everything. I wonder if I have genophobia. In 4-5 years, I'll get married.

I don't know what to do because I feel that I'll never overcome this fear.

Share this story because it needs to be heard.

I'm Grateful I Put In The Effort To Earn This Title.