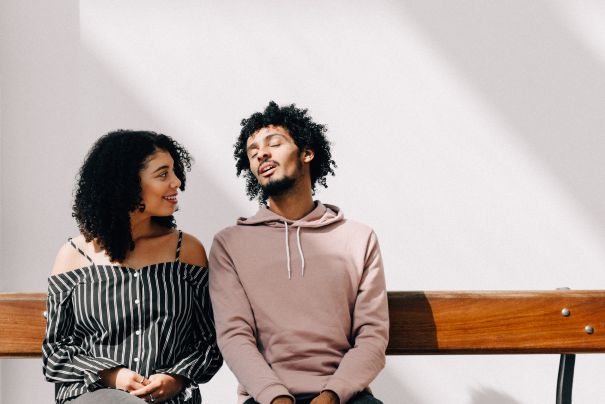 It’s not unusual for children with a defense background to change their school every three years or so. I was used to hugging my friend's goodbye and heading out to a new place where I’d meet new people and make some new friends until of course, it was time to pack up again.

It was around 7 am in the morning when I entered the gate of my new school in Guwahati. It wasn’t anything like my older place in Allahabad; it had a bigger playground, more swings, double-story classrooms but what pleased me the most, was seeing the well-maintained basketball court.

I imagined myself dribbling the ball and putting it neatly through the net with a perfect layup jump shot; girls would be cheering me on and the boys standing there, envious on the sidelines.

Students here made the perfect use of their time when our teachers would be on their way to teach, some took the time to finish their pending work, while others spent time catching up on weekend gossip. Something about a ‘monkey man’ who visits the town at night.

The hustle-bustle soon came to a pause as the teacher walked in and the whole class began chanting, “new boy! New boy!”. The teacher called me up to her desk and when I got up there, the whole class burst out laughing. I realized that I was the only guy in class wearing half pants.

The teacher asked everyone to settle down and asked me for the slip the admission’s department had given me earlier that day. When she saw it, she told me that I had to be in Class 9B and that this was Class 9A. I grabbed my bag and ran towards 9A, unfortunately for me, it was all the way on the other side of the school and it had begun raining.

So now, there I was again in my shorts, drenched, with a new bunch of kids laughing at me.

The whole day I waited for school to get over. I couldn’t think of any reason to go back the next day when I found motivation one day. It came to me in the name of, Prerna.

She had thin eyebrows, had mysterious eyes which she hid behind red-framed glasses. She was taller than all the other girls in her class and had the most beautiful face I had ever witnessed.

So to talk to her, I needed to learn English and since she was a class topper, I was going to have to study, a lot.

Over the next few days, I made a lot of friends and even began playing for the school’s basketball team. Gradually, because of my efforts, I began gaining popularity with the students and teachers too. They all began to cheer for me and were definitely impressed with my enthusiasm and school spirit.

But none of this helped me talk to Prerna. I realized that she only hung out with students from rich and elite families.

One day, I decided to take part in an English debate competition. My professor became my mentor and helped me prepare for it. I choked twice during my speech but managed to bag the third prize.

I was disappointed but it felt amazing when she came and congratulated me. I was so nervous that I couldn’t continue our conversation for more than five minutes.

Finally, I decided to express my feelings for her through a letter. I planned to give it to her during lunch time and silently put it in my bag, wondering when I’d be able to give it to her.

I was so lost in my thoughts, that I didn’t notice Prerna walking towards our teacher with a letter in her hand. It was only when I saw that teacher’s face change, I realized that he was tensed and worse, angry.

My heart stopped beating for almost a minute. I quickly thrust my hand into my bag pack and breathed a sigh of relief upon finding my letter safely hidden in the pages of my math book.

All of a sudden, Sudesh’s name was being called out by the teacher in full anger. It was Sudesh’s letter and Prerna took no time to slap him hard across his face. Although it was Sudesh who was punished, I too shared the shame of this.

I quickly tore the letter I had written and decided I was never going to do something like this again. I began spending more time on the basketball court and less in class. Soon, Valentine’s Day made me feel horrible and empty, for having such an incomplete love story.

Soon, it was Valentine’s Day and I decided to sit on the last bench, with my head down. I felt a tap on my shoulder. It was Prerna. She said something, again and again, repeating it and all I could do was smile and nod. I had no idea what she was saying.

Then suddenly she grabbed my hand and took me outside.

“I’m trying to say that I love you, you fool!” and she handed me a card that she had written the same words on.

The next day, everyone was looking at me, but this time not because I was in shorts, but because I was sitting on the last bench of the class, with Prerna.

Share this story, because we all love a great, "Happily Ever After!"

LET'S FACE IT
JUST IN
BAKKAR. CHAI. SUTTA
LIFE IN THE TIMES OF CORONA
The Golden Bird
YOURS GEEKLY