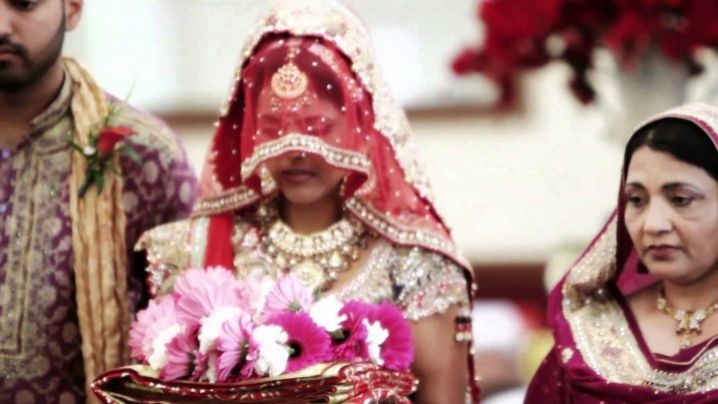 I’ve been in love with this man who’s now my husband. We met over an alliance website and hit it off immediately. His family was looking for suitable matches for years now, little did I know, I had become their scapegoat. There was absolutely no reason to be happy but if only we could be prepared for such things in life. Now when I come to think of it, I know I should have been prepared. It was an Indian arranged marriage after all. They are made to kill the woman in the family. Mine wasn’t even a joint family but actually, I made a mistake, I made many mistakes, one after the other that led me to where I am today. I should actually just blame myself.

So here’s my arranged marriage story, a story you might not be reading for the first time. A story that might not make you cry or weep but I’m doing this for myself, it might make me feel better. So here it goes, the four mistakes of my life I shouldn’t have made in my marriage.

Wedding was arranged, background check was done but was not very convincing. We still went ahead despite my parents being reluctant since they cared about my happiness, I was the only daughter after all. Endless phone conversations, laughs and giggles, date lunches and dinner, outings with the family, attending birthday parties, anniversaries of each other. It was in a span of a year that my then fiance became my mom’s best friend.

The wedding day arrived, all went well. We decided to be put up in a different abode since his parents lived in a small apartment just for one family, then.

Apparently, Honeymoon to my husband was a forced event gifted to us by my parents. Life started, we resumed our professional lives so did the chaos in the marriage. As per most Indian families

“It’s always three people in the marriage — Husband, Wife and His Mom.”

In our life, it was “Husband, Wife, his Siblings, his Aunt”. Little did I know that everyone had a say in the way I live my life but my husband.

Calls were cut off since suddenly there was responsibility at work which he realized only after the wedding. His siblings dictated terms, so the“Bahu” was always a no wage live-in Maid in Indian families. Fortunately they didn’t demand for my Salary but they took my Husband’s since I’m earning well enough for our home to run without his salary.

Few months passed by, my health was deteriorating, I was able to sleep only four hours in the night due to increased demands coming my way every day. I was forced to sleep at 1 am, since we were having a ‘gala time’ as a family every night so no one was supposed to blink an eye. Then, wake up at 5 to do the chores and leave for my work, return home just to repeat the chores and cook and continue sitting till one of “them” wanted to sleep.

Now this is how it all started. My first mistake was “I Spoke”. I raised my voice.

I explained to my husband I’m unable to perform at work due to undue pressure at home and health is at the brink of it. Without a blink he just asked me to leave my job as ‘I Still hadn’t learned to be a proper Bahu of the house’ and before I could utter a word, he continued “an Obedient Wife is what the husband looks for”. I left my job, but the routine continued since I was now a caretaker, a jobless person to be a watch dog during the day as they slept.

Being a financially independent woman, a no nonsense person, had the need of money as my savings ran out by keeping everyone entertained during any occasion. I couldn’t ask my parents as I didn’t want them to know I was close to becoming a regular household maid but this time with no earnings either. I asked my husband for money for which I was badgered by everyone for being a Snob and not bringing in any dowry first and now demanding money and for what? I didn’t have a job so they said no need for cosmetics or new clothes or anything for that matter.

Husband used to just come and say, “I’ve tarnished my image in front of the family after all my effort in these months I’ve built”. I “asked him” why he told them that I asked for money, he simply said, “They are my family”.

No job, no husband support, hiding problems from parents made me oblige every wish that came my way. I cried my eyes out to sleep everyday. I couldn’t walk out, I couldn’t stay up. I couldn’t kill myself to get out of this misery since I was told there is “Hope” and I didn’t want to shame my parents. I thought, I maybe just a daughter in law for them, but I was the only daughter for my parents.

Fourth Mistake? I was pregnant.

NOTHING CHANGED, still was living like a maid, I was hungrier due to my situation and my husband was told I was eating away all the ration. Parties continued so outside food was brought, food poisoned twice in that scenario and my gynae told me clearly that the foetus is malnourished. I explained this to my husband only to be told I’m unable to manage my life so to leave the house since I was already tagged “Misfit” for not bearing a child for 2 LONG years. Yes, this was my life for 2 years.

With great difficulty, hiding my tears, I moved to my parents, they didn’t know the life I was living. My health was improving which was a hindrance since my Husband wanted me back home as work demanded.

Did I mention my husband earns exuberantly for a middle class guy and my In-laws are all professionals with high salaried jobs?

Finally came my worst mistake, I asked my husband for a little love and care since it was important for our child.

Next thing I knew I fell unconscious due to a heavy blow on my head, yes, he hit me so hard I was left lying on the floor in my parents’ house. This unveiled my entire married life in front of them and they stood in shock.

Who I used to be?

A Beautiful, loving, financially strong, Independent woman and the only daughter to my parents who they brought to be extremely confident in her outlook.

Who I am after the wedding?

Bitter, lost, alone, negative, broken, starved, suicidal and unable to recognize who I am. I didn’t think it was too late so I took charge and decided to end my marriage only to be emotionally blackmailed by my husband and his family. I pray that I stay strong and complete the legal hassles to be Free.

We have one Life, and I couldn’t live in pain and regret forever. Life throws challenges at us, if we cannot take a stand, no one will do it for us, for you.

Ladies, please don’t get married in the pretext the Man and his family are the same post wedding. Its very rare in Indian families to find a ‘real’ family post wedding. Don’t be hasty. When Parents say No, Believe and Trust them. Had I listened, none of what you read would have ever happened.