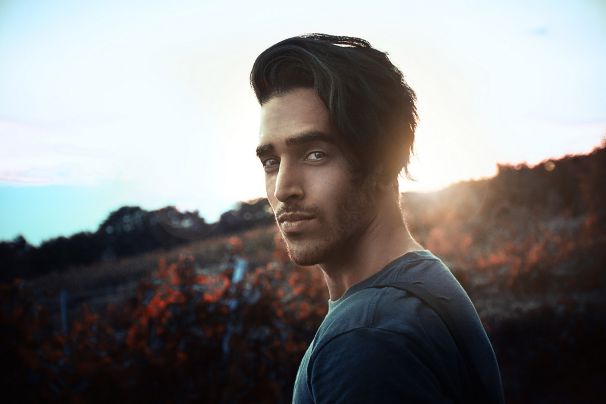 I joined a coaching class to prepare for my civil service exams during the second year of my engineering. I saw Disha on the first day of our class for the very first time.

I realized that love at first sight can happen in real life too only after seeing Disha.

I tried my best to forge a bond of friendship with Disha. But I was shy and nervous by nature so I couldn’t talk much to her in the first six months of our classes. Thanks to Facebook, we started chatting after that. We then exchanged our numbers. The minute she shared her number with me I proposed to her over a text message.

But she rejected my proposal. I had expected this but I continued proposing to her.

I went out of the way to prove my love to her.

Finally, I got to meet her for five minutes on her birthday. I gave her several gifts and ensured that the number of gifts was equal to her age that day. She accepted my proposal after almost two years. We had met only twice till then and that too for less than five minutes. But the minute she accepted my love the golden period of our lives began. I was happy that I had found ‘true love’.

She was my first love and things between us were super when it came to our studies and our relationship.

Like all the other typical love birds that haunt a city like Pune, we too enjoyed our bike rides in the rainy season. We went out for movies and treks. We stayed in hotels and had night outs too. By now we had completed our engineering.

But now our love story started taking a different turn.

Disha’s parents wanted her to get married within a year. I was jobless at that time because I was preparing for my civil service exams. I knew the entire process would take me at least a year to complete and that too only if I cleared each level of the exam. It was practically impossible for a fresh graduate like me to clear my exams within a year.

So I decided to choose love and her over my passion.

I started looking out for jobs in private companies. I landed a job in a reputed MNC and things changed quickly for me after that. I was happy because I knew we could convince our parents to get us married.

She convinced her parents and asked them to allow her to study and not rush her into getting married.

They agreed to it so both of us continued studying with the same enthusiasm as before. We cleared the prelims but unfortunately, we couldn't clear the interviews. Things were even more difficult for me because I was preparing for my exams and working in the private sector at the same time. But Disha managed to get a job in a nationalized bank though she continued with her efforts of clearing the civil service exams.

Both of us were happy with all the progress we had made in the last four years.

We had shared a healthy relationship for four years now and had also achieved some of our short-term career goals.

She went to her hometown before joining the bank. And then she just stopped answering my calls. She stopped replying to all my WhatsApp messages too. I was surprised by the sudden change in her behaviour.

When she returned to Pune I knew that she would not be mine anymore.

She had accepted the marriage proposal of a class one officer and had decided to leave me. I was speechless for a moment. Everything had changed within a week. She then changed her number and blocked me from all her social media accounts.

She had dumped me because he held a better position than me professionally. She had allowed her parents to convince her.

I went into depression and took to drinking. Till then I did not know the names of the brands of alcohol. But within a month I had tasted most of the available brands that I could afford with the money that I earned. I was not able to focus on my office work.

Several times I would end up crying when I was alone.

After a few months, I started preparing for my exams again. I quit drinking too. One of my school friends helped me get out of my depressed state of mind. I decided to focus on my studies and my office work again.

I wanted to do something constructive with my time now.

Then one fine day I got a call from Disha’s brother. I was shocked when he told me that Disha’s marriage had been cancelled. The class one officer that she was planning to get married to had declined to marry her just two days before their wedding date.

I was disturbed to hear this and felt very bad for Disha. But this time I chose my passion and my self-respect over a girl who had chosen a class one officer over me earlier.

I gave Disha all my moral support and helped her during her bad phase. But I was still not able to accept the fact that she had cheated on me earlier. So I continued to study with dedication and worked hard to prepare for my exams. My efforts paid off. I got a job in a reputed central government institute.

In the meantime, Disha got married to a different person. This time I did not feel heartbroken though I still loved her as much as I had loved her earlier. I haven’t seen her for years now.

I still love her madly. I still miss her badly but I don’t want to meet her again. That is how crazy we become when that little thing called love enters our lives.

I started writing my story when I took my flight from Bali after attending my first conference there. When I press the send button to email this story I will be sitting in our favourite spot in Pune.

I am sharing this with all of you because I know that like me there are several youngsters out there who have the potential to achieve success in their lives. When we experience failure in love we feel like a failure and get addicted to bad habits. Please use your energy in the right direction.

Do share this story because love confuses us and complicates our lives but life teaches us how to deal with love. There is a time and a place for everything in our lives. Let’s learn to get our priorities right. Let’s learn to do only one thing at a time properly. Like this young man let’s all focus on becoming independent first. We can take care of our loved ones only when we learn to take care of ourselves first, isn't it?

This Is Our Story: From Dance Partners To Life Partners

STOLEN DIARIES
LIFE IN THE TIMES OF CORONA
BAKKAR. CHAI. SUTTA
YOUR STORY
Your Stories
LET'S FACE IT