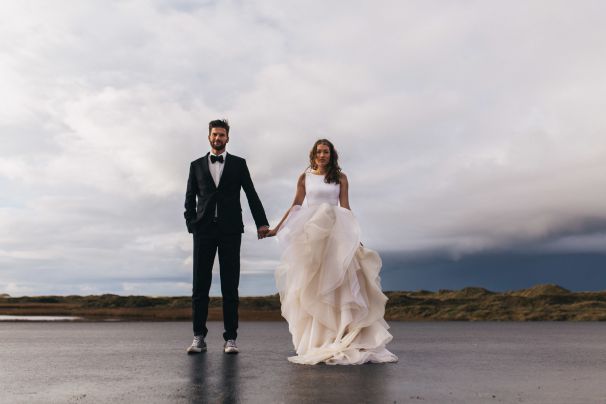 I was in the 12th when I found out a guy in my class was in love with me. I liked him too, but I never told him this. However, that didn’t stop him. He professed his feelings to me, but all I could say was that I didn’t feel the same and asked him if we could just be friends instead. We tried out best to, but once college came to an end, our different career paths sent us out on two different journeys. It was during my graduation that I fell in love with someone, he was in his last year of graduation with me and that’s also when we started dating.

Just before my final exams, I sat with dad and spoke about my career plans, he stopped me right there and told me that as a marwardi girl, I shouldn’t focus on things like this, but should worry about my children and how to take care of them and my future family.

He kept assuring me that everything was going to be alright, but all I could think of was what I would do if I lost him. I asked him, and he had nothing to say. I had no choice, but to move on. And so, I said yes to meeting this boy.

In the beginning, everything was going well. My fiancé's family showered me with so much love. But once the engagement ceremony was over, it didn’t even take them a month to start showing their true colors. They began questioning everything I was doing: from where I was going, whom I was meeting, talking on the phone with or even just texting.

They even asked me if I was still a virgin!
I tried talking to my parents about it, but they thought that I was just making excuses to avoid the marriage.

My family was a conservative one, so they were worried about what people would say if we broke off the engagement. I was upset, depressed and hurt that no one was listening to me.

And so, I did the only thing I could think of doing, I ran away to an NGO and stayed there. Of course, my parents found me and promised me that they wouldn’t force me to marry this man or be a part of a family as intrusive as theirs.

After two years, my parents asked me if I was ready to meet another guy for marriage. I was 23, so I felt that this time, I was mentally and emotionally stable to meet someone and talk about this. When we met, there was nothing that I disliked about him: he was perfect. I almost felt like maybe this could be it. However, even though it had been 2 months after our engagement, something was missing. I couldn’t quite put a pin on it, but something wasn’t right.

I kept wondering why this was happening… was it because he was seven years older than me? Could our disconnect be age-related? There were times when he spoke to me as if I was a child. He was dominating and even tried to force himself on me, which I knew wasn’t right. There was no equality in our relationship and this disturbed me immensely.

During this time, I could speak openly to only one person; my friend from the 12th, who told me that he loved me.
He had begun working in the USA as a Chef. He’s always supported me, spoken to me through the night when I was upset, or just stayed there, on a call when I felt lonely. He understood me more than I did myself. He knew just how to make me smile and what felt even better, was that I was always smiling when he was around me.
Slowly, before I even knew what was happening, I realized that day by day, I was falling for him.

I knew that I was about to make a mess of my life. I knew that my family would object to breaking this one off too, but I couldn’t walk away from him. Not after I’ve met men who simply couldn’t or didn’t want to connect with me.

After seven years, this man wants me as much as he did when we were in the 12th and he knew my history but didn’t seem to care. My family would never give us permission, and he understood this, but he said that he would be there, and love me unconditionally, till my family and I were ready.

I thought about what to do for days, but all I needed was seconds. I knew that I wouldn’t ever be happy with a dominating man who didn’t care about me. And so, I decided to follow my heart.

Three months before he decided to come to India, I ran away from home and stayed at a secret place. When he came back, we got married and it was only after that, we informed my family. It was difficult, but now they have accepted us and they love us immensely.

I guess true love does find a way to come back to you, and thank God it did.

Share this story, because sometimes you need a winning tale when it comes to finding your forever, ever after.

Why Is It Okay To Ban Powerful Pakistani Content In India In Today's Day And Age?