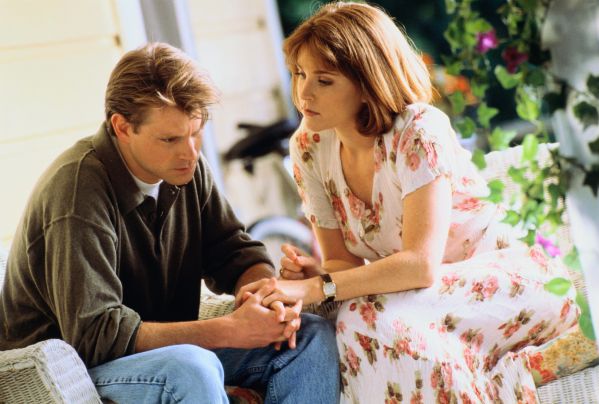 After a long time, I have finally gathered the courage to write about this. I really loved one of my classmates, while studying in post graduation we were in a live-in relationship for about a year.

We belonged to different religions and knew it from day one that we couldn't gather the guts to confess our love in front of our parents. We both were the oldest siblings in our family and wanted to be the good role models to our younger siblings. Things were straight and simple.

But hey! We both were in love, right? How does one plan in love? I was crazy about him. Finally, the day had arrived wherein I had to go home. I begged him not to let me go. But he thought that we'd had enough time together.

My family had other plans for me. My father was ready with the groom and my consent was of no value. I had promised my family that I would marry a guy of their choice if they let me complete my post graduation. I had almost forgotten about it.

I had to make a choice between my family and my boyfriend. He too was worried as everything happened so suddenly. After going through a lot of brain storming, I decided to marry the guy of my parents' choice. The man I got married to was a complete liar. The marriage couldn't survive even for a year. Then, I had to choose between what I wanted versus what my family wanted. Eventually, I got divorced. Everyone blamed me for the divorce.

No one supported me. I thought maybe I must move out of my hometown and spend some time with my friends. Maybe they could cheer me up. I also wondered if I must meet my ex-boyfriend. But he was married by then. I didn't wish to complicate his life. I met a guy at a party. He was my best friend's friend. Things clicked between us and he proposed me. His love didn't fade away despite knowing that I was a divorcee. Our bonding grew stronger and again had to choose between my family and him.

Love knocked the door of my life when I was completely shattered, almost into a depression. He became the sole reason for my survival in this cruel society.

We have different religions, different financial background and the reason for the recent mess is that everybody thinks that he is the reason behind my divorce and a question that arises frequently is, why would a man marry a divorced woman?

I Did This Despite Being Married But Is It Just Me Who Is Wrong? Who Decides That?