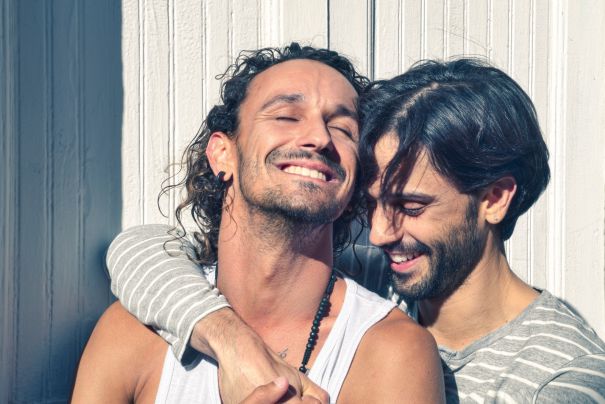 The only thing I regret is being gay- being a homosexual in Indian society. Because I have the same pain as you and I still can't be "normal" for enduring it.

I chose to discover peace in this life. I wanted to endure it and rejoice. I labelled myself as victorious when I fell in love with someone. A person whom I can call as "My Prince Charming".
So, he hails from Indore and I live in Nagpur. We bumped into each other on a famous gay dating website. He was exceptionally perfect. A lean, white guy with messy hair. A pair of lips pink and fragile. Mostly, gay dating sites are spam in terms of photo sharing and putting profile pictures. 99 per cent of guys who are homosexual or bisexual will not use their own picture as their display picture. They will fool around with somebody's else picture. Even I was in a dilemma whether to trust him or not.

Without wasting much time I directly messaged him. I myself, am not too good looking. I wasn't expecting any response back. Abruptly, after few hours I checked the app again for his reply.

Nothing could match the layer of happiness you perceive when something you wish gets fulfilled.

There was his text. A mere "Hello."

This hello was more than enough for me. We started introducing ourselves and making small talk. The secretiveness of his pictures was revealed. The pictures belonged to him and he was the same person displayed on it. I fell in love with him the moment I saw his profile and picture. I was filled with positivity. We started to chat. We exchanged numbers and I still remember- September was the month.

My exams were scheduled ahead. In spite of knowing I had to study, I rather chose him every night to sing to. I was so into him that no magnet in the universe could have parted us. After a month, we confessed that we are falling for each other. Reminding you again, we never met. We simply had lots and lots of pictures and each other's phone number. One fine night, he texted me something long and beautiful.

Long story short, he said he loves me. I was dumbstruck and happy as hell. It was exactly what I wanted. I wanted him as my prized possession. Everything was sounding good until the series of lies started.

99 per cent of gay relationships are merely for sexual needs. But we never had any intimate moments. The only thing between us was emotions. Emotions can cause you lust for love. Attempt to differentiate between sex and emotion sometimes.

We were happy. The trend of the relationship was going up and down. The trust issues, loyalty and lies were some common obstacles I had to deal with. He would say he is going to sleep and after some time, confess to some of the things he was doing. Mistakes like spending his time with other guys and sleeping with them.

After a bit of a ruckus, he finally confessed and left me broken. I am not writing this to show any shame or disrespect to him, but to make people like more strong. And I don't just mean gay people. I mean, people like you. The way we love is all the same. Choose wisely.

LIFE IN THE TIMES OF CORONA
STOLEN DIARIES
LET'S FACE IT
The Golden Bird
YOUR STORY
BAKKAR. CHAI. SUTTA