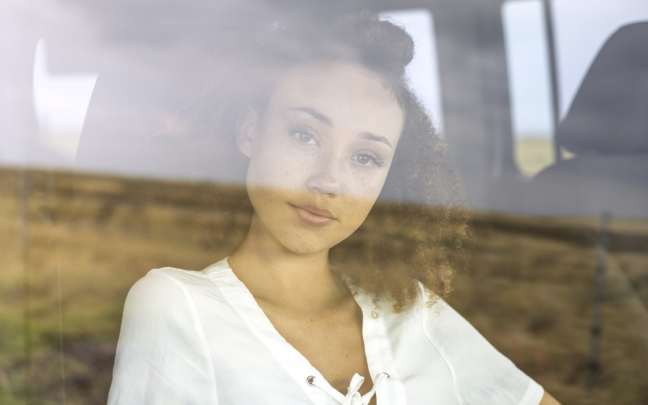 I am 30 years old and unmarried, but in a healthy relationship since 8 years. Due to some family and personal problems, we couldn't marry. I am an emotional idiot who doesn't know how to judge the correct person. I usually get emotionally carried away with people around me. I have been brought up in a family where no one distinguished between girl and boy. Everyone pays equal respect to a girl and boy. I was always encouraged by my parents to do anything which was legal.

The place where I live in is peaceful and people are broad minded, where no one is bother about the girl’s dress, how she behaves with boys, and how she talks to guys. Women at my place are free birds with hardly any limitations.

I usually travel in my country for different championships, and every time I go out for a championship, at least 1 man has proposed to me and every time I say no to them. Once, one man (let’s call him Mahesh) said to me after listening to my no, "you don't know how much I love you and how much you’re hurting me with your answer. I can't think of my life without you." Initially, I felt bad but forgot about him after a few days. During my last championship, I met him again, he behaved normally and he said he's married now. During this time, he was there with one guy from his state, he introduced me to him. After talking to this new guy for a day, I started liking him. He was so broad-minded that I started feeling that he's from my state and it increased my liking towards him. He was attracting me towards him with his charm and personality. We both became good friends in no time.

On the third day of our friendship he proposed to me, he even said that he would leave his state and religion for me.

As I am committed to my boyfriend, I told him no. I clearly told him about my relationship with my fiancé. He was okay then, things were fine until the next evening. I was a bit tired as I had a long day so I sat on the terrace of the building, and I saw this guy seated in a corner and crying over there so I went next to him and asked him the reason. He was expressing his love for me. I got touched and I felt bad for him. I just gave him a hug and I don't know what happened then but I just got lost in his arms. For the first time, I was hugging a guy other than my fiancé. This guy started kissing me and I was so much into him that I kissed him back, he was trying to get more physical but I came back to my senses and stopped him but then I saw Mahesh was there, watching us. He shouted at me. Even I felt guilty for what I did, Mahesh really spoke badly to me, he asked "Do you behave like this in your state? Then why were you behaving like Sati Savitri when I proposed to you?" He kept abusing me verbally. With all the guilt I got up from there and went to my room.

Somewhere around 11 pm, I got a message from the second guy. He asked me to come on the terrace. I thought something has happened so went over there. After going over there I just saw Mahesh, he asked me to kiss him just how I kissed his friend. He wanted to sleep with me. I ran from there and met the second guy. I told him what Mahesh was saying and was shocked with his answer, the guy who was apparently upset with my rejection of his marriage proposal was asking me to sleep with Mahesh. He said, "you are a girl who is still single at the age of 30 and wears western outfits, then why so much hassle to sleep with guys? “You’re wearing these clothes just to attract men, you’re practically forcing them to get physical with you.” With anger, I went back to my room. The next day was the last day of the championship, I cut off all contacts with these guys. Later I came to know from one of the girls of their group that since I belong to ******* place, they had planned this thing.

"They said girls from this state are sluts who sleep with any guy. They are characterless and they should be used and dumped.” She recalled what they said.

I am still upset because of what happened between me and that man. I couldn't hide it from my fiancé so I told him and my love has forgiven me for my mistake. But I am possessed with these questions: Does my state justify my character? In your state, nothing goes wrong? Are all females safe in your particular state? No one talks to guys or wears western outfits? And even if they do then they are sluts? Why am I being judged because I belong to that particular state?

I am still proud to say I live in Goa, no matter what anyone thinks about me. I know how people are from my state and I am proud to say that Goans know how to respect females.

Share this story because this voice needs to be heard loud and clear. High time.

This Is Our Story: From Dance Partners To Life Partners