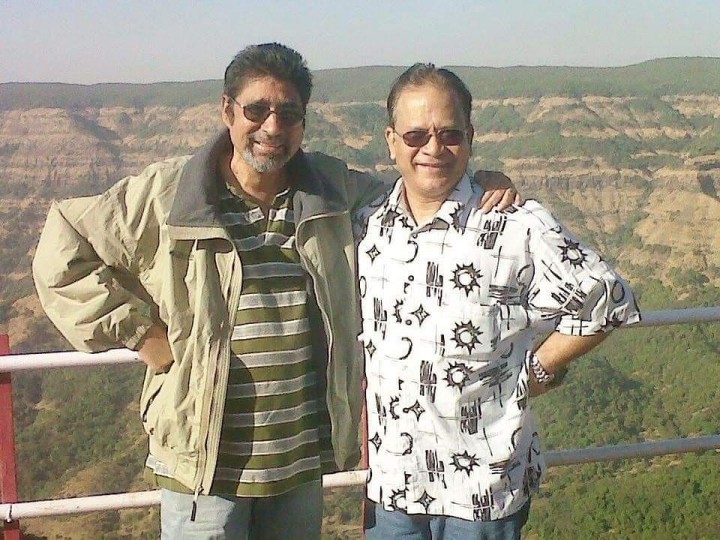 In August 2008, I came to know that Fr Lloyd Rodrigues, a Salesian priest, and cousin of mine was undergoing dialysis and would need a kidney donor sooner or later. There were no second thoughts, no counting the risks involved. I just jumped in and volunteered to be a donor. I did a batch of initial tests at Holy Spirit Hospital at Andheri, Mumbai.

The doctor concluded, “Fr Glenn you will be a good kidney donor, but for the moment, Fr Lloyd is not ready to be a good recipient. He will have to get all his parameters in check.”

It took three years for him to be ready for a kidney transplant. In the meantime, I forgot about the donation. A near-death drowning experience on 13th April 2010 left me with a question I had to answer.

My sister threw this question at me over a telephonic conversation from New Zealand, “Why did God save you? Find out what is your unfinished business and complete it!”. My family till now never knew of my plans to donate my kidney since my initial tests in 2008.

I now knew my unfinished business, and after a whole batch of medical tests and legal procedures in place, the kidney transplant took place on 26th July 2011 at Hinduja Hospital under the watchful surgeons Dr. Sagade and Dr. Kamat. Thanks to Dr. Allan Almeida, Nephrology Specialist and Transplant Physician at Hindujas who journeyed with me all through the five months of preparations for my transplant.

Initially, I just jumped into the whole donation process with no fear at all – it was just a leap of faith. People around me seemed to be more frightened than me. I was in fact, physically and spiritually prepared to undergo the transplant. As we came closer to the day of the surgery, my greatest fear was if we would be able to complete the legal process in time. Unnecessary delays kept me anxious. Thanks to the counseling that we received prior to the surgery; I was able to be emotionally prepared for any eventuality – God forbid if my kidney would be rejected by the recipient.

The best part was that I was spiritually supported by my family, friends, and Salesian congregation too.

Four important post-surgery events will always be etched in my heart and mind from this journey.

- At the hospital, a peon walked up to me, touched my feet, and addressed me as, “Mahatma”.

- A few days after my staples were removed, I returned to Don Bosco Matunga by taxi. I requested the driver to drive slowly and carefully. He was very amused and said, “You are the first person who is asking me to drive slowly. Why do you want me to do so?” I then mentioned that I had just donated my kidney a few days ago. He drove slowly and on reaching Don Bosco, he very casually said, “For a great person like you, it is a privilege for me to drive you home. Today’s ride is completely free!”

- In 2013, during one of my Leadership Training Programs at Sacred Heart School in Ahmednagar, an Std IX student, Mst Abhey walked up to me and said, “You are a living legend, One day, if you need a kidney, I would be happy to donate mine to you!”

- In 2014, a former student of mine from Tanzania, Mr. Josephat Shilogile on learning that his elder sister was on dialysis, thought to himself, “I could die tomorrow with two kidneys, or I could donate a kidney to my sister and both of us could live. If my headmaster, Fr Glenn could do it, why not me?” So, in 2014, he came to Indraprastha Apollo Hospital in New Delhi, and on 13th March 2014, incidentally on World Kidney Donation day, he offered his kidney to this sister.

26th July 2011- 26th July 2021 marks the TENTH ANNIVERSARY for me as a KIDNEY DONOR, a day that became a 'defining moment' in my life. Thanks to Dr. Sagade, Dr. Allan Almeida, and their team of surgeons at Hindujas Hospital who performed the Kidney Transplant. Fr Lloyd Rodrigues being the recipient (sadly he passed away 3 years ago. May his soul rest in peace). Thanks to Lumen Gonsalves too who ensured I was back on my feet in a couple of days.

A question people often ask me is this, "what are the side effects of donating a kidney?" ... I respond, "look at me!" Plenty of side effects for the better: a happier and more fruitful life, a better world view, a deeper understanding of the pain and suffering of people, accepting the fragility of life, and the surrender to let go and let God, a deeper faith-filled celebration in the daily Eucharist as 'body broken for you, living life with no regrets and strings attached and where generosity and compassion abound!'

I had to be careful with my diet, especially with salt intake to keep my parameters in check.

For the rest, I do everything that I did prior to my surgery. I became, in fact, an activist promoting organ donation. I never concluded any training programs or spiritual retreats without challenging people to be generous in terms of being organ donors.

Over the last decade, I have spoken to over 50,000 young people and old and challenged them to be BE AN ORGAN DONOR. SAVE A LIFE! It's the greatest gift.

“No greater love than one lay down his life for another”. In 15:13. Where there is true love, the color of the paint is gold! Heaven nor the grave need your organs. Broken lives matter and need an organ or two.