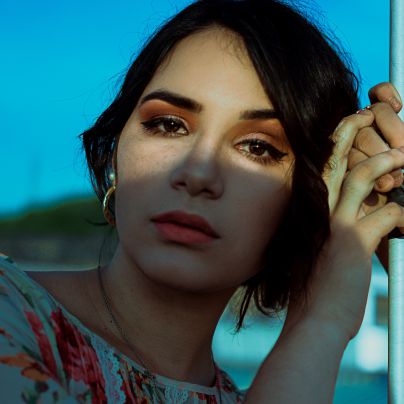 I am a Bengali. I am a shy, reserved girl. I belong to an orthodox high caste Brahmin family. I was an 18-year-old college going girl when all this happened. I was in the first year of college and I was doing my B.A. I didn’t have any idea about the concept of a boyfriend when I was in school. All my other friends had boyfriends. I would get anonymous proposals from a few boys but I would never respond to them.

I was very scared of my family at that time.

But when I started going to college, I found a true friend. He made me realize the meaning of ‘true’ love.

He stirred the dormant emotions of my heart and I started feeling good about it.

Slowly, our friendship turned into courtship. Both of us developed strong feelings for each other. He was my senior in college. Things were moving along quite smoothly in our lives. My studies were not hampered in any way due to our relationship.

I was very nervous about our relationship because I knew he belonged to a different caste. I was sure it would not work out for us in the future.

But he was a very loving guy. I never dreamt that I would meet a guy like this in my life. We were friends for almost 2 years but not once did he touch me. Sometimes I would get carried away by the intensity of my emotions but he refused to become intimate with me and said, “Let’s preserve your virginity.”

I loved the way he talked to me and looked at me. He would often crack jokes and made me feel really special. Slowly we realized that love did not mean sex alone. There were a lot of other things that we could explore together if we truly loved each other.

Destiny, however, had planned something else for me. He had to go to a nearby city for a fortnight to explore a job opportunity. We kept in touch over the phone and exchanged messages with each other too. I was eagerly waiting for him to return.

He had promised to hug me tightly and said he would give me a long kiss when he returned. He said he too felt like doing this now. I loved him and was yearning to experience this facet of love with him.

But he met with an accident while returning home. He was wounded seriously and died on the way to the hospital. He left me to deal with this merciless world on my own. I came to know about the accident only when his friends told me about it after a fortnight. I was so shocked that I could not breathe for a while. I couldn’t believe them. They had not even given me a chance to see him one last time.

I didn’t know why I was being punished like this for no fault of mine.

I was feeling very depressed at this time when my parents suddenly decided to get me married. I was only 20 years old at this time. The man they had chosen for me was 38 years old. He was a very handsome man and was well established in his business.  I did not utter a single word when they discussed the proposal with me.

I just agreed to get married to him. I was feeling very lonely. I knew this man would rule over my body. But I also knew that my soul was still crying for the man I had loved.

My husband literally raped me thrice on my wedding night. He was so brutal with me that the entire bed sheet was wet with my blood. I cried the whole night. He continued to rape me like this every day. He treated me like a doll and pounced on me the minute I entered the room. I bled profusely every time he had sex with me. I told him that I was finding it very painful. I asked him to wait for a few days but he attacked me mercilessly and forced me to have oral and anal sex with him. Often I would end up vomiting after all that he did to me.

I couldn’t disclose this to anybody. My in-laws understood all this but they supported their son. I felt as if I was dying there.

A month after we got married, I realized that I was pregnant. My so-called husband continued to behave like a demon. He couldn’t control himself and continued to have sex with me as usual. I had a miscarriage and ended up losing my first baby.

I now just wanted to hang myself somewhere and die. But I didn’t have the courage to do this.

My in-laws blamed me for my miscarriage. They told me that I had a gynaecological problem and I could never ever give birth to a baby again. They kept cursing me. My husband too did not have any regrets about my miscarriage.

I was going through a really dark phase of my life when all this happened. I had lost the love of my life and then my baby too. I could not find anything good in the world during this phase.

Days passed in the same manner. I got pregnant again. But this time I managed to control him.

I told him to just stay away from me and threatened to kill him if he came close to me. He must have seen something in my eyes that day because after that he really kept himself away from me. I could see a ray of hope coming my way after that.

Today, I am a proud mother of a seven-year-old boy. He is really God's gift to me. My husband's behaviour has also changed for the better now. He has started taking care of me. He makes me feel like I am a worthy human being. He brings me gifts quite often. We also go together on holidays and trips. I too have started developing feelings for him now.

I have only this much to say to all the readers. Please don't lose hope. Don't ever think of ending your life. Every day brings us a fresh ray of hope. During the darkest phase of my life, I developed suicidal tendencies. But I didn't succumb to the temptation of ending my life. I think that is why God has shown me the way to happiness now.

Life can often dole out a series of challenges when we least expect it. One minute we are at an all-time high and the next minute all our dreams and hopes come crashing down around us. Maybe only when we struggle with such challenges we learn to take a firm stand for ourselves and define our boundaries clearly. Do share this strong woman’s story if you too feel that we should never ever allow people to take unfair advantage of us.