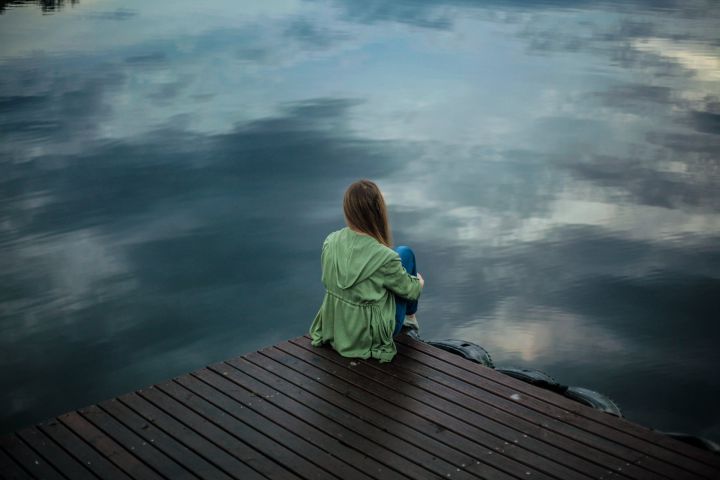 In her book Illness as Metaphor, Susan Sontag wrote about how less understood diseases gave birth to myths and conspiracy theories about the disease, often attributed to the patient's personal life. She said, "With the modern diseases (once TB, now cancer or AIDS), the romantic idea that the disease expresses the character is invariably extended to assert that the character causes the disease–because it has not expressed itself. Passion moves inward, striking and blighting the deepest cellular recesses." This is evident in history when Jews were blamed for "poisoning wells" during the Black Death(plague) back in 14th Century Europe aided by the general wave of anti-Semitism or the recent instance of Nizammudin Markaz attendees being accused of spreading the corona virus "intentionally" to kill Hindus.

But the illness which has really been reduced to a metaphor today is depression.

The symptoms are subjective, the causes are obscure, the patients do not "appear" ill in most cases. There aren't any confirmatory tests to run and not enough informed discussions to educate oneself. This is evident especially now, when the entire nation is unable to establish an actor's suicide and is looking for ways to attribute the cause of his death to more relatable, easily comprehensible reasons because depression is so less understood that it seems like deception to the masses. Often it is conflated with substance abuse, emotional harassment, cowardice, low willpower etc. Mental trauma is invisible and hence, non existent for many. It doesn't show up as a value on the blood glucose reports or the sphygmomanometers. It isn't discovered on autopsy. It looks like a murder only to those who are unaware that sometimes, paradoxically, life is the disease and death is the remedy.

What doesn't kill you, doesn't always make you stronger.

Sometimes it actually makes you weaker. Like Matt Haig wrote, "what doesn't kill you can leave you limping for the rest of your days. What doesn't kill you can make you scared to leave your house, or even your bedroom, and have you trembling, or mumbling incoherently, or leaning with your head on a window pane, wishing you could return to the time before the thing that didn't kill you."

Depression is loneliness and a lack of hope. It's a consistent feeling of worthlessness and helplessness. A chronic fear of disconnection. The opposite of not happiness, but vitality.

People don't want to remember their deceased loved ones as "depressed" as if it's a slur. As if any disease could be a slur and nullifies the greatness of the life lived by the person. As if the disease wasn't a part of their journey or themselves, and it's presence in their history must be distorted to make the memory of their death bearable to others rather than honest. By even making the demise of the depressive all about themselves, the people who are left behind reinforce their self-indulgence. No wonder, they never see the suicides coming.

I was depressed for seven years before I started medications and therapy since April last year. The difference has been stark and an experience of coming back to life. Sylvia Plath wrote in her book The Bell Jar, "It wouldn't have made one scrap of difference to me, because wherever I sat - on the deck of a ship or at a street café in Paris or Bangkok - I would be sitting under the same glass bell jar, stewing in my own sour air." While depressed, it did not feel like home anywhere. I felt out of place while sitting on the peak of some snow capped mountain in the Himalayas. I felt out of place in the crowd of Old Delhi streets and in the deafening jing bang of Goa's nightlife and on dates with a long term boyfriend, at family events and at my hostel room. There was a perpetual urge to escape, to a place I assumed existed but had no maps to.

Since recovery, I carry my home in myself. While boarding congested buses in the scorching heat of Indian summer, I am still at ease, humming songs to myself and aware that I am a part of this crowd. A "normal" crowd, one that doesn't think of killing itself every evening after reaching home. It was a warm sense of belonging, a feeling of homecoming.

Depression manifests physically like any other disease. It is a state of perennial tiredness. You are always paradoxically sleep deprived though you never get up from your bed. You never return calls, you lose your temper at smallest of things and the very act of living takes a toll on you. I had never appreciated sunsets till I started my medication. Depression changed the way I look at the world. I acknowledge the people who love me, a little more now.

It's not easy living with a person who has a mental illness, you become a caregiver by default. My definition of happiness has changed, it is not a pursuit anymore. It is the state of being. The lack of unhappiness. The monotony and order. The lack of tragedy and internal chaos.

I remember how on every birthday of mine, I would congratulate myself on dragging through another year again. As if the mundane act of living another year, was still a milestone for me. Suicide felt like the calling of my soul, so just continuing to breathe was an act of resistance. I read Camus, I read Ernest Becker, I read Dostoevsky. And one takeaway really helped me move on with life: I resolved, the world might go to hell but I must have my coffee. Curbing instincts, is what reminds us of being human so be it, even if the instinct was self destructive.

In depression, you can literally feel the time passing. Your life seems slowed down, every passing day is a weight on your back. Time hurts.

Now, half-recovered and half-alive, I have finally been able to love. I take good care of my pets, I want to be the therapy human to my therapy dog. I send books to people to make sure it helps them in difficult times. Watching the news does not break my heart anymore. Patience has become my middle name, and I am always ready to explain things. Never give up on people anymore. Never hate someone for being themselves. It's a lovely feeling, like being a feather falling slowly to earth on a winter morning. Like a snow flake melting on a child's face. Like dew drops on flowers and softly sung Christmas carols and first kisses. A bearable lightness of being.

I have been cooking, making future plans, reading about the history of music, listening to jazz and haven't touched a cigarette since eighteen months.

In the poem "Good Day", Kait Rokowski writes very accurately about her struggle against depression. She says,
"This week, I paid my rent and my credit card bill,worked 60 hours between my two jobs,
only saw the sun on my cigarette breaks
and slept like a rock. Flossed in the morning,locked my door,
And remembered to buy eggs.
My mother is proud of me.
It is not the kind of pride she brags about at the golf course.She doesn’t combat topics like, ”My daughter got into Yale” with, ”Oh yeah, my daughter remembered to buy eggs”
But she is proud. See, she remembers what came before this. The weeks where I forgot how to use my muscles, how I would stay as silent as a thick fog for weeks. She thought each phone call from an unknown number was the notice of my suicide.
These were the bad days.
My life was a gift that I wanted to return.
My head was a house of leaking faucets and burnt-out lightbulbs.
I burned down a house of depression,
I painted over murals of greyscale,
and it was hard to rewrite my life into one I wanted to live. But today, I want to live.
I didn’t salivate over sharp knives,
or envy the boy who tossed himself off the Brooklyn bridge. I just cleaned my bathroom,
did the laundry, called my brother.
Told him, “it was a good day.”"

I understand her definition of a good day, now that I know what the bad days were. In his book length poem "The Age of Anxiety", W.H Auden wrote, "For the others, like me, there is only the flash of negative knowledge. The night when, drunk, one staggers to the bathroom and stares in the glass to meet one’s madness". There isn't a better way to define and capture the essence of depression. Anis Mojgani's poem builds up on Auden's writings. He writes, “Will it make me something? Will I be something? Am I something? And the answer comes, already am, always was, and I still have time to be”.

Many talk about mental illnesses but few truly understand them. Share this story, for it comes from a survivor and there couldn't be anyone better to make us understand the nuances of a condition that we very often claim to understand, but rarely ever really do.

BAKKAR. CHAI. SUTTA
LIFE IN THE TIMES OF CORONA
The Golden Bird
LIFE IS TOUGH
DIRTY PICTURE
LET'S FACE IT