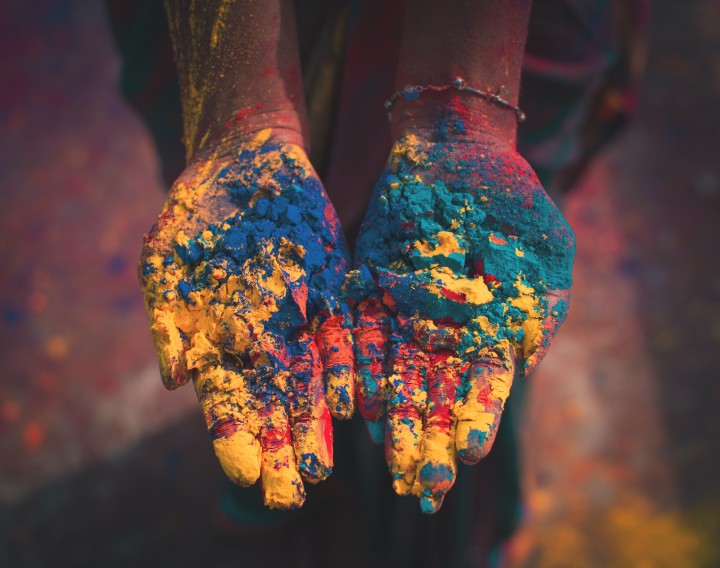 Holi is meant to be a vibrant celebration where we can have fun and bond with our loved ones while also celebrating with our friends.

On the other hand, some see it as a golden chance to sexually harass women.

They believe that by playing Holi and having a good time, ladies are "asking for it."

When I was 14, I was followed home by a man. That episode will stay with me forever; I had gone to my friends' house for Holi, which turned out to be a mistake.

I didn't notice him until he approached me and offered me a seat in his car. I wasn't sure why he asked, so I asked if he knew who I was, and he just said no, but I saw you playing and thought you were beautiful, so I liked you. All I wanted to do at that point was vanish.

I noticed how he looked down at my bare legs before moving his gaze to my chest.

What I saw in his eyes troubled me. It was terrifying! But, I respectfully rejected and continued walking because I didn't want to cause a disturbance. Unfortunately, the path leading to my house used to be lonely, with few people passing by.

I accelerated my pace as he continued to follow me in his automobile. I started running, and he accelerated, pulling the car in front of me and blocking my path. He exited the vehicle and approached uncomfortably near to me.

He smelled like booze and other filthy things, and I could feel his hand reaching out to grasp me, so I moved back and told him to back off.

I wanted to scream and do something, but terror had taken hold of me, and all I could manage was to say, "Go away!"

I kept convincing myself that everything would be fine. "Listen, you slut!" he says when I feel his hands on my thighs, and he looks into my eyes. "Playing hard to get isn't a good idea! I've got cash, and I'll give you whatever you want!" Now, this wasn't the first time I'd heard something like this, but on that particular day, my defences were down; I was taken off guard and didn't know what to do.

Fortunately, someone who knew me was passing by and noticed something was wrong, so he came up to check on me. I was relieved when that dude walked away as a result of this! I was asked if I wanted to be sent home, but I couldn't bring myself to ride on his bike; nonetheless, because he knew me, he followed me on his bike and made sure I made it safely to my home.

That was the last time I went out to play Holi with my friends.

It's been three years, and every year I lock myself in my house because I'm afraid to play Holi now as much as I despise admitting it.

A Love Letter To Anuv Jain: Hope You're Reading This