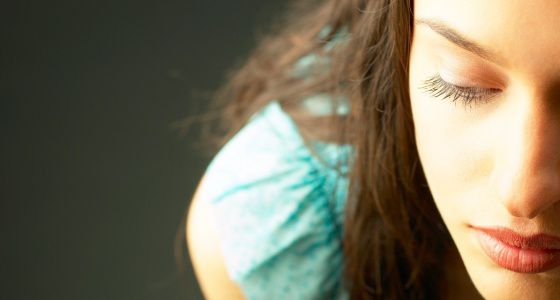 We met at an educational academy. I remember that evening as if it were just yesterday. It was September, our friendship did not go gradually. We exchanged numbers and began talking instantly. After a few days, he even added me on Facebook. Our regular conversation soon turned into more ones.

We shared our dreams, ambitions, likes, dislikes; almost everything that we could share about ourselves. As time passed us by, we became best friends.

Usually, people speak of a lover that one gets addicted to, but he was my best friend and I literally became addicted to him. Overtime, he became my support, and I, his.

With a few days of our conversation, it was Durga Puja. We shared pictures of all our celebrations. One of his pictures was published in a famous newspaper, I was so proud. I showed it off to anyone who would look, my friends, my relatives… everyone.

Once the Pujas were over, we resumed meetings at the institute. We planned to give our mock tests together and even helped each other plan our study schedules. As our exams came to an end, we began meeting each other with our other friends. That definitely will be one of the best days of my life. We laughed so much that day, shared so much; it was great meeting him outside of our phones. He wasn’t a regular guy; I had even told him this once. Soon enough, we began making plans to meet every single day.

In the middle, there was a long gap, 1 month, 18 days, 22 hours and 32 minutes (to be exact) before we could meet again. Our conversations hadn’t changed. We hadn’t changed.

But on the 2nd of January in 2016, we had pushed our luck: we fought for the first time over a small misunderstanding. This time, it took three weeks before we got a chance to speak again. When he saw me at the institution, he immediately came to me and started talking. Within minutes, our differences disappeared. Again, I was the happiest person: I got my best friend back.

After our annual exams ended, we treated ourselves to lunch and a movie. The joy that I got from being around him: he was no doubt a special person in my life. I shared everything with him and we understood each other better than anyone else ever had. He even gave me some great advice on losing weight (which actually worked wonders!).

He was, actually is, and will always be, my ultimate friend and guide.

Soon, my birthday came along. And till now, there’s not been a single person who could make it as special for me as he had. He sent me dozens of messages, gifts and even called me a “rainy girl” (which will always be one of the best compliments I’ve received). My birthday turned into such a beautiful day: thanks to everything that everyone I care about did for me that day.

Our friendship was at its highest peak. And then, all of a sudden, on the 25th of July in 2016, everything changed. He changed.

We changed. And as a result, my world changed. He blocked me. From everywhere. I haven’t stopped crying since that fateful night. I’ve tried fixing all that I could within my reach. I’ve stayed up nights wondering what went wrong.

When I reminisce about him, I think of the days he told me that no matter what, nothing would change between us. I couldn’t understand the reason why I lost my best friend. I still can’t.

My world was shattered into a million pieces. Every time something good or bad happened to me, my instinct is to reach out to him. This isn’t possible anymore, and it’s left me feeling empty on the inside. I will never be able to give his place to anyone in my life: he’s always going to be irreplaceable.

I miss him. I miss us. And while I do hope that one day, we’ll go back to being close friends again, some part of me knows that it never can.

I wonder if there even is a normal life that one can lead, after they’ve lost their best friend. Do you?

The Golden Bird
LIFE IN THE TIMES OF CORONA
BAKKAR. CHAI. SUTTA
JUST IN
YOURS GEEKLY
POEM