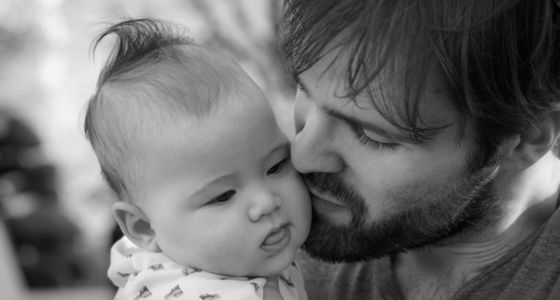 I grew up with an alcoholic father. Not the kind of alcoholic who came home drunk everyday, but on the days he did, it was the worst. From when I can remember, I was probably just 3 years old, but I remember every single incident that came with his drinking habit.

My father is a great man- he's loving, caring, and everything you'd want a father to be, except when he's intoxicated. He'd enjoy a couple of drinks once in a while, which was completely okay. But then there were days when there'd be a problem at work or at home, which would stress him out and make him get drunk.

He was an escapist. Any time there was a problem in life, he'd turn to drinking. But that's not how life works now, is it? How will alcohol solve your problems?

I vividly remember those small 60 ml miniature bottles of alcohol he'd drink straight out from. He drank about 2-3 of those at one go. Smart man he was, hiding the bottles in every single place you can think of. Sneaking it into his pockets, under the pillows, in his shoes, with his clothes and his favorite place- top of the wardrobe.

As soon as we found out he'd been drinking, it would be some kind of game to find those bottles to prove it to him that he has, in fact been drinking, and he's been caught. Because of course, no drunk person will ever agree they are drunk, right?

His drinking would come with verbal abuses, denial of not being drunk, and would continue for about 3 days. Soon after, he'd end up in the hospital on the day three, as he would have either ended up with fits, there would be too much alcohol in his body, and not much else, or he would have fallen down somewhere. This would happen every single year.

Oh, how I'd pray for that day never to come, but nope. It didn't stop. After two days at the hospital, the apologies would come, and he would promise never to do it again. Of course we'd forgive him, and he'd be back to his normal caring and loving self. Until that one day where it would start all over again.

It was confusing while growing up and it still is. There are days I love him and can't imagine life without him, and then those 3 days in a year, I wish I'd never had a father. I'd wish for the worst to happen to him and it wouldn't even make me feel bad, that's how horrible those days were.

Of course, now I don't live at home anymore so I don't need to experience it, but I still hear my mother crying for those 3 days every single year.

It's been 25 years now, I've even stopped praying for those days not to come and wait patiently for them, just so I could get done with them. It's a part of my life now and will always be.

To all the kids who grew up with an alcoholic parent, it is never your fault! Even if they say it is. Alcoholics just need a reason to drink, they're escapists who think the problem goes away with the drinking.

They're just a bunch of cowards.

Share this story until parents realize what their habits do to their children.

My Lockdown Love Affair With 'Text' Since 2020