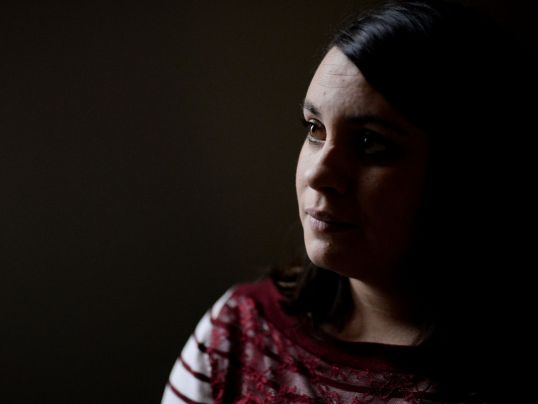 I was born and brought up in a village near Mysore, Karnataka. I am the only daughter of my parents.

They raised me with a lot of love and were always concerned about me. My parents were my best friends.

I was unable to continue my studies after I finished my PUC because we were poor. My parents started thinking about my marriage when I was 18 years old. They started looking out for alliances for me.

I had gone to visit the Mysore Palace with my friends during Dushera. Had I stayed at home that day my life would have been good. But I did not know this at that time. We were roaming around the palace when I accidentally bumped into a strange young handsome boy.

He held my hands tightly and said, “I have never seen a beauty like you before.”

I couldn’t control myself and looked into his eyes. He then slowly put his hands on my hips. I was completely lost and did not know what to do. He then brought his lips near my lips. Suddenly, my friends came there and pulled me away from him.

They asked me what I was doing with this stranger. I said, “I don’t know what happened to me. I am sorry.”

I was 7.00 p.m. by the time we all got together again. We had missed the last bus to our village because I was caught up with that boy. My friends yelled at me now and we did not know what to do.

To our surprise, the boy brought his car and said that he will drop us at our village. We all settled into his car and chatted with him for a long while.

I got to know that he belonged to our community and lived in Bangalore. He was 26 years old and was very rich. He said he was living with his parents and his younger sister. I told him everything about my family while we chatted. I told him that my parents were looking out for a groom so that I could get married. He then dropped us near our house and left. I didn’t tell my parents about him. A few days later he came to our house with his parents and younger sister. They had brought fruits, flowers and a saree with them. These were the kinds of gifts that the people of our community usually gifted the girl and her family before the marriage.

They asked my parents whether they would be willing to marry me to their son. My parents agreed.

We got married within two months. But I lost everything after I got married.

I was all set to go to Bangalore now. We were going to his house in his car. Halfway through our journey, he asked me to give him my mobile. I gave it to him. He asked us all to get down from the car. He then revved up the car and rammed it into a tree. The car caught fire and he quickly ran out of it. We all then boarded a bus to reach Bangalore. I questioned his actions because I was confused.

I asked him why he had done that to the car. But he just held me tightly and said, “You are dead. Your parents will think you are dead. Your identity is gone now. And that is just what I wanted.”

I still did not realize why he had done all that but I cried a lot because I could not talk to my parents now. I asked him to give me his mobile so that I could talk to my parents. His sister slapped me and said, “You will never talk to your parents or friends or any other person that you know.”

She then pulled out my mangalsutra and whispered, “You are now trapped in our hands. You should never go out of our control. Just do whatever we say.”

I cried a lot because I could find no means of escape now. But I believed that my husband loved me and he would stand by me. When we reached Bangalore, we boarded a train to Hubli. The seats had been reserved in advance. I asked my husband why we were going to Hubli when our home was in Bangalore.

My mother-in-law replied that their home was in Hubli. She then said that they had lied to me about his hometown. I was in for a greater surprise when we boarded the train.

My husband was behaving strangely with his sister. They both were kissing each other and he was touching her private parts. She was enjoying it.

I shouted angrily and said, “Why are you behaving like this with your sister?” He kissed his sister and said, “She is the love of my life and my wife.” I was shattered. I cried and asked him why he had married me. He said, “You are sexy and I need you in my bed every day. That is it.”

His wife said, “I am infertile. So you are here to give us a baby.”

I was totally shocked now. My mother-in-law then said, "Your work is to satisfy my son and give him a baby. And you are our housemaid." I realized that if I went with them, they would destroy me. So I tried to run away by getting down from the train. His wife and mother pulled me inside, kicked me and made me sit on my seat. I was helpless. I had no reason to live now. All my dreams and all the love that I had for my husband died. His family had cheated me. We reached home.

He couldn't wait until night time. He asked me to have sex with him.

I refused to do so and asked him to give me some time so that I could adjust to his life. But he forced himself on me. I couldn’t escape from him. I lost my virginity. We had not even been married for two full days when all this happened. I was mentally shocked.

But before I could even recover from the shock, I realized that I was pregnant.

My husband and his wife were happy because they were now going to have a baby. I told them that I did not want to give my baby to them. I asked them to at least let me have my baby with me. But they did not even listen to me.

THEY GAVE ME HELL EVEN WHEN I WAS PREGNANT.

They used me as their maid. I had to do all the household chores. I did all the work around the house until the day of my delivery. IT WAS A GIRL.

After my baby was born, my mother-in-law came and snatched my baby away from me when I was feeding her my breast milk.

She said, “Your work is over. You don’t have any right to touch this baby.”

I wondered if she was a woman. She too had given birth to a baby a long while back. Could she not understand my feelings? I attempted suicide many times. But they did not let me die. They tortured me in so many ways - I could neither live nor die. They did not even allow me to see my baby.

I never thought my father-in-law could do such a thing. One night, everyone was sleeping. My father-in-law came to my room with my baby and woke me up. I thought he was going to do something to me.

He put my baby in my hand and said, “You have suffered enough. Please go away from here. Go far away and stay somewhere else with your daughter. I cannot see my daughter being tortured by these evil people. Get out of here child.” He then handed me some cash. I took his blessings and went off from that place.

That is how I got away from that hell. I stayed in that hell for one and a half years. I moved to Kerala and started my life afresh.

I am living here happily with my daughter. My life has changed. My daughter is a gift from God. I will raise her with all my love. I will never let her know about my past. We will create our own little world of happiness. I will never allow anyone to come into my world again.

God and his blessings come to us in the strangest of ways. A total stranger ruined this young damsel's life and another stranger helped her get out of hell. Let's share this heart-wrenching story because it really is fine if we are not able to help others. But we have absolutely no right to mess up another person’s life. It’s a shame to see the inhuman side of human beings.

15 Years Ago I Married My Lover, Only We Know How We Made It

I Was Brought Up In A Slum: Here's How I Changed My Fate