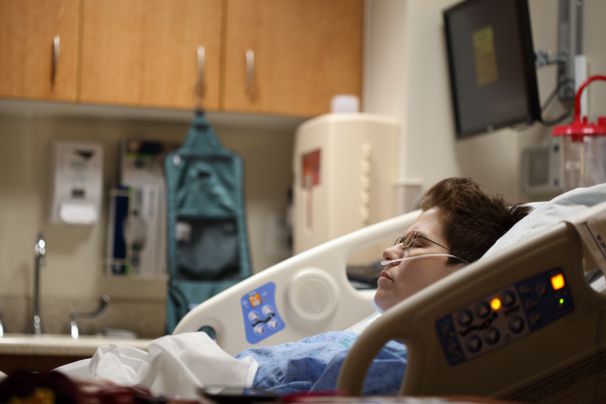 It was one of those odd nights during my posting in the ICU at Kokilaben Hospital.

I am a hardcore emergency physician, without much inclination towards critical care, which is a totally different ball game altogether, most of it due to the fact that I’m impatient by personality and my attention span on a single patient will not be beyond 2-3 hours from their arrival.

The registrar on duty had called in sick (another regular ‘bahana’ for not showing up for work) and it was left for me, and my senior Dr. Santosh to manage the 26 bedded critical care unit.

It is a well-known fact among the medical fraternity, how hard it hits a resident doctor when he/she comes to know their reliever is coming late, or not coming at all and they are asked to continue working another overtime shift. So I already knew that it would be a difficult night for me, because I had to put down the rounds for all 26 patients, make their treatment sheets, monitor few patients bedside – all the typical ‘symptoms’ of no sleep that night!

Little did I know that one night (in the first week) of my first critical care posting – which I was grumpy and sceptical about, would leave an everlasting impact.

Unfortunately (or maybe fortunately), there were two patients who suddenly deteriorated simultaneously. One of them on Bed 2 was an elderly lady who was crashing requiring intubation, urgent HD Catheter, IABP, and Dr. Santosh being the team leader and the senior doctor on duty got busy there.

And I was left to manage on my own, a 47-year-old female, Mrs Srivastava – educated, English speaking, upper society lady, suffering from CKD, who developed sudden onset breathlessness, worsening ABG, requiring URGENT dialysis – and I had never put a dialysis catheter before (though the technique was similar to a central line, which also I had not done unassisted before). The nervousness and the lack of confidence became very obvious on my face and I called Dr. Santosh for help.

“Tu USG machine leke daal, main blind daal lunga mere patient mein, nurses will help you out, I know you will manage”, he said, as he got engrossed trying to save that patient of his.

I came back to Mrs. Srivastava, who even in her restlessness did understand that I was a junior trainee doctor and not so confident with procedures.

“Dr. Mohit, I want you to go ahead with the procedure and insert the dialysis catheter on me. If young doctors like you don’t learn now and step up your game in critical situations, you will never,” she said after slightly pulling out her Non-Invasive Ventilation BiPap mask.

Such words from a patient, and a senior doctor was enough to ignite that fire, considering that there was no other option, and I had to rise to the occasion. I washed up immediately – cap – mask- gown – gloves – USG machine – triple lumen HD catheter, and I felt like the Arnold Schwarzenegger from the movie Commando, determined to complete the task.

Luckily, there were two senior nurses on duty that night – Anuradha and Nidhi who came to my rescue – stood by me – guiding me through the entire procedure, which in the end was done flawlessly in my first attempt, a feat which still will be the best among my achievements. I also kept talking reassuring words to Mrs. Srivastava during the entire 15-minute procedure – dialysis was started immediately and she settled down well, over the next few hours.

The night which started with a negative mindset, turned into my memorable ones, which I think about often till date.

Mrs. Srivastava and I kept interacting every day, whenever I took rounds, talking about things other than medicine, developing a ‘subconscious’ friendship.

A few days later, she was taken to Lucknow in an air ambulance, as she would require extended intensive care, and she wanted to be close to her family.

I inquired about her with the Nephrologist after two weeks, who broke the news that Mrs. Srivastava had passed away due to pneumonia, sepsis and DIC – something which still brings tears to my eyes. I wanted her to live, I wanted to meet her again, and wanted to THANK HER for giving me that opportunity to learn one of the most important lessons in life – from a patient – to take the ('t) out from you can’t do it to- you can do it!

Dr. Santosh, and I are still good friends, considering that we haven’t met in the last 5 years, but are a part of the whatsapp group of KDAH doctors. My respect for the nursing profession also increased, after all they are the ones who play a major role in the patient’s recovery more than the doctors (Anuradha, Nidhi and Tinu sister, you guys rocked in ICU 6). Last but not the least, no words can express my sincere gratitude towards all MY patients – for giving me an opportunity to serve them and learn from them.

So many people are dying right now and not just because of a pandemic. This is what it takes for doctors to get their job done. And a doctor sharing his story has given us a sense of the amount of effort they put in, despite the emotional toll it takes.

If that's how much your story could touch another person, why don't you write yours today?

A regular guy who likes to live life to the fullest, on my own terms and enjoying every moment as it comes...I feel alive by being creative and discovering more about myself everyday. I enjoy my profession as a doctor, working in the stressful Emergency Department, as the satisfaction to save even 1 life is immense. Being involved in many extra curricular activities apart from my profession, I am somehow amazed at my potential which encourages me to push myself even further...after all ITS ONLY 1 LIFE TO LIVE. Just chasing my dreams now and waiting to see what God has in store for me...all I wish for is to be a good human being and ultimately, LEAVE BEHIND A LEGACY. Visit me on - www.mohit-freespirit.blogspot.in , www.quackdoses.com .