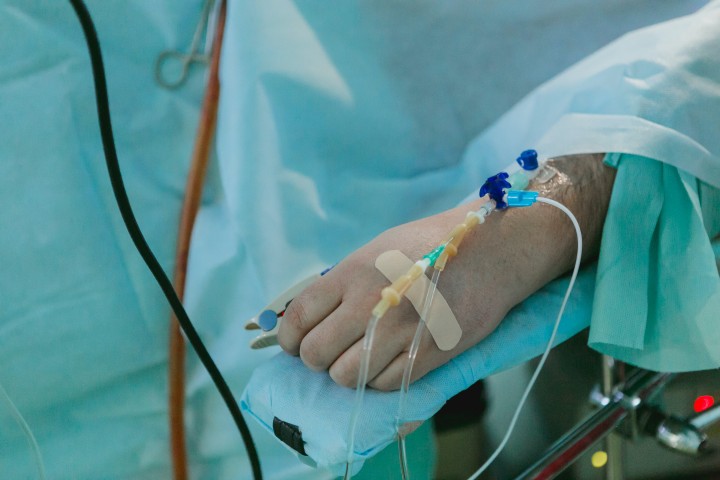 It was exactly a year back on 19th May when I was rushed to the hospital with complaints of breathlessness due to COVID, and oxygen saturation of 84% at home.

I had just landed in Mumbai on 12th May after 1.5 -2 months in Delhi, when my brother who came to receive me at the airport told me that my voice was a bit hoarse. There was no fever, no cough, but surprisingly I developed a 102’F fever the next day. Though I knew at the back of my mind that after treating more than 10,000 patients (over the past 14 months in my last organisation), I too would have contracted the virus. Akhir bakra kab tak khair manayega !!

On the 14th of May, my test came back positive and I started myself on the same treatment regime that I had started all my patients on, and who had done extremely well to recover on home isolation. When my oxygen saturation started dropping, I knew that it was getting serious! I was in the second week of the illness, probably in cytokine storm and suffering from severe pneumonia – a stage which I knew not many people were recovering from. Unlike the 1st wave where most of the casualties were the elderly, in the 2nd wave of COVID, it was common to see people in their 30s and 40s dying. The trend seen all over the country then was that patients mandated admission to the ICUs, especially on high flow oxygen or ventilator, were not coming out of the ICU alive.

While I was being taken to the hospital, there were only negative thoughts racing in my mind - if I would even survive, if I would ever get to see my family again, or if they would get to ever see me again (dead bodies were packed in body bags then, and families were not allowed to even have a last glimpse of their patient), would I even come back home, or be directly taken to the crematorium from the hospital, etc.

I felt like crying but still held onto my tears. My brother was my biggest strength then. My initial workup showed a Chest CT severity score of 16/25 (staged as severe bilateral pneumonia, with dense consolidation), WBC counts of 25,000 plus and Lactate of 7, to mention a few reports – all pointing to a poor prognosis. I was then moved to the ICU. Those 5.5 days spent in the ICU were something I would really not want to remember ever again.

There were 23 other COVID patients in the unit, and it was easy for me to make out if there was a CPR happening on one of the beds if someone had deteriorated enough to need invasive ventilation, or if you could even hear the doctors discuss the case next to you, etc.

It was the time when I realised that the ability to even be able to take a breath, eat your own meal, drink water, able to pass urine or stools on your own can be such a blessing.

As days progressed, my oxygen saturation held up and I was recovering, I knew it was probably all the prayers and blessings of my family, friends and those the patients I had successfully treated over the years, because which I made it out alive. While I was being wheeled out to the ward from the ICU, my bedside nurse told me, “Sir, you’re the first patient who has been SHIFTED OUT of the ICU in many weeks and months!”

I finally spoke to my parents once I was in the ward. Fearing for the worst, they hadn’t slept for days while I was in the ICU, hardly eating anything, too dumbstruck to even talk to anyone and continuously praying. All I did on video calls from the ICU was show my hand that I’m alright, and would smile from behind the oxygen mask, asking them to take care of themselves at home.

After spending another 2.5 days in the wards, and a total of 8 days in the hospital, I was finally set to be discharged home on 26th May. The nurses, doctors and all those involved in my treatment, because of whom I’m still alive (and writing this story of mine), are all in my prayers every single day.

I applied for a job in my current organisation a day after landing in Mumbai, and my interview was scheduled for 22nd May, which was subsequently rescheduled for 29th May. I remember being breathless even during my interview, not able to talk in long sentences. Against the wishes of my parents (since I had not recovered completely), on 1st June, I flew back to Delhi to continue our fight against COVID.

With the clear intent to come back home to Mumbai, on 3rd June, I decided to put down my papers there. On 16th June I received my offer letter from here at Global Hospital, and the rest has been my best professional and personal decision to be back in Mumbai, and be associated with this organisation that I’m so proud to be a part of.

Though it was the toughest time of my life then, COVID completely changed my perception and priorities in life. I’ve realised that we all keep running behind money, professional success, fame, etc – but that truly IS NOT THE ANSWER.