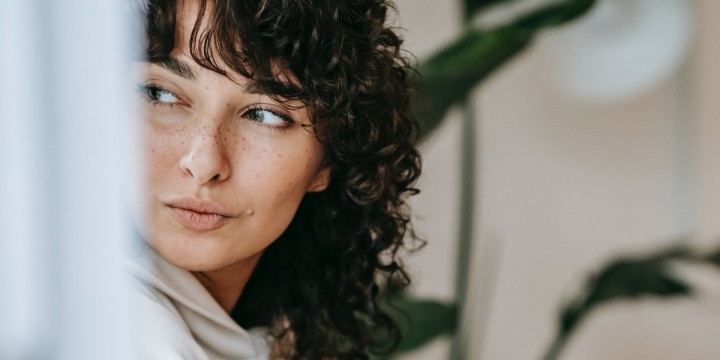 27th February 2015, the day me, my family even my relatives will never forget. I am a girl from Mumbai. I am 20 and single girl child of my parents. And I am proud to write my story here.

26th February 2015, I gave my political science exam and was returning back home. I realised I was not feeling well. I was breathing heavily. I was suffering from breathlessness. Some time later, when my mom was making dinner for my dad, I asked her to take me to the hospital. I had suffered a bout of breathlessness 2 to 3 days prior to that as well, but it was not so severe like this one.

Once we were in the hospital, Dr. told me to get the x-ray of my chest which came out completely normal. Then he thought I may have had a panic attack because of my boards exam. But I knew this was not the case. I never stress myself in any situation. So panic attack because of exams was not the real reason. Still he gave me medicines and I followed it as he prescribed. But nothing changed, it became even worse.

My mom was staying with my dad in the hospital and my aunt was staying with me. My breathlessness kept increasing. I told my aunt and she told me to take rest. By midnight, my condition became worse. I started feeling thirsty and drank a lot of water, But my breathlessness was still on and instead of getting better it became even worse. Due to this, my body and brain was not getting enough oxygen, so I started drinking lots of water which resulted in vomiting the whole night.

Also, due to less oxygen reaching my brain, I started losing my memory. I didn't know I called my mom 3 times, I told my aunt to take some action and what not. The whole night went in suffering with this pain.

At last in the morning, I was taken to the hospital and was undergoing normal check-up. Pulse rate, heart beat, blood pressure, everything showed normal. Doctors were confused, so one senior doctor told them to check my sugar. The accu check monitor beeped, showing my sugar level as 450. I was immediately admitted in the I.C.U. bed number 2.

Yes, the bed beside my father. But by that time he was shifted in the special ward. But it was not just the sugar that I was carrying with me, there were many other things like memory loss. I was in semi-coma, had urine infections, I had water in my lungs. I was HALF DEAD.

As the condition got worse, the doctor announced my case to be very critical and told my mother that I am in danger. If I respond I will survive, if I don't I will die. My mother held herself as the strongest woman, where she was handling both, her daughter as well as her husband. Luckily, I responded to the medicines and was out of danger.

I got discharged from the hospital after 5 days of observation, the same day my dad got discharged too. I salute my dad's willpower for he recovered within 45 days and started driving bike and car and also started working. A person, paralysed from right hand and leg, started his daily schedule within one and a half month. It was nothing but the blessings and his willpower.

For my diabetes, I take injections (insulin) 4 times a day. Well it took time for us to stabilise in our daily routine, a year and a half. I gave my boards exam again, and scored distinction and got admission in one of my dream colleges.

The main motto of my self sharing this story with you all is that, this tragic moment taught me something. We are never happy with our life. We complaint that life gives us pain, sadness, negativity, etc. But  A PERSON WHO GETS A SECOND LIFE KNOWS THE REAL VALUE OF IT.

I got into positive vibes, started doing things I like, stayed away from negativity, and most importantly "I became HAPPY". The moment you are happy and positive, you will start loving your life.

To everyone out there, start loving yourself and your life, you might not get a second chance. I am not saying that I had the biggest problem by suffering this tragedy, people are suffering more than me. But if a tragedy knocks on your door, keep in mind that happiness also does knock your door.

Every problem has a solution, likely, every tragedy has an end. Don't curse yourself or your life just because you are suffering from bad times, instead look forward and think about your future good times.

This story is by Simran Thakur.

Share this story because the best way to learn is through your own and other's experiences.