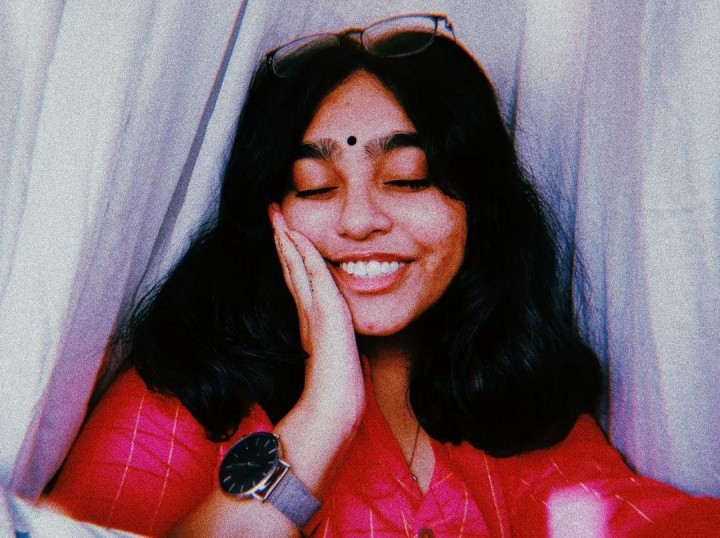 Discovering my sexuality was not one of the best experiences I had. I was forced into dating in sixth grade as I was the only one in my friend circle who was single.

I gave in, but I did not feel attracted to the boy I was dating. I thought maybe it is just this boy.

Fast forward to grade 9. Once again, thanks to peer pressure, I got into a relationship with a boy only because he asked me out with a rose in his hand and was on his knees. I could not reject him even though I wanted to. I did not have the guts to do it.

On the second date, we kissed, but it was no fairytale. It was a nightmare. There were no butterflies in my stomach, there was no feeling of belongingness, and I had this strong urge to get up and run.

Then again, I believed that maybe it was just this particular boy. I started to first crush on a senior in my school. That girl was one of the most hardworking and honest humans I'd ever met, and so, I was always in awe of her. But I was only a kid who did not quite know the difference between attraction and admiration?!

I came to terms with being bisexual at the age of sixteen.

However, I always felt that there was something wrong with me. My sexuality had driven me to depression and self-harm by the time I was in the 10th grade. I had to seek help.

My first therapist told me it was a phase, and I changed the therapist. I kept going to more and more therapists, only to realise that I could never get a safe space among them.

It felt like I was the ONLY person who had these feelings in me, feeling that were not STRAIGHT! Things fell into place by the time I had completed my 12th board exams. I felt more at peace with myself. My friends too, supported me then. Nonetheless, my attraction towards women kept increasing.

Growing up, I rarely had LGBTQAI+ friends, so I had no one who could relate to me. My first girlfriend told me to stay in touch, but we mutually could not do it. My second one was trying out a relationship with me after kissing a boy on New Year's Eve. My third one told me that I am just too busy for her. The fourth one left me for my third. All this got me into therapy yet again as I developed trust issues with women. I loved them but getting into a relationship with them seemed impossible because of the constant heartbreaks.

My relationship with women, in general, got affected, and I had to seek help. My therapist also turned out to be a woman, and it took her nearly eight sessions to break the ice.

After a year in therapy, I finally understood to differentiate the women from their sexual orientation and not just club them together all the time and back off from them.

Counselling did no good initially as it was not easy being surrounded by many women in my life, but I learnt to appreciate the small joys that each one of them gave me. I also learned that I do not need a label. I am not a box to be labeled. Hence, my journey of coming to terms with being a Queer individual.

Because of a wildfire rumour in college, every other person just assumed that I am a homosexual - they supported me, and together we founded the first-ever LGBT+ cell in college- The Rainbow Alliance. I headed it for two years, and I could not help but be very proud of that.

But the truth is, I am Queer. I identify as a Queer individual. It took more than seven months for the rest of them to realise the same. Some dismissed it by calling me an attention seeker, but some were proud that I was about to explore more about my sexuality!

In 2018, I identified (and still do) as a Queer individual. And now, I do not restrict myself to just 'two genders'.

Share this story far and wide because we all know, we still need to educate a whole society of a billion and more humans. The sooner they get used to reading such stories, the better it would be for us.