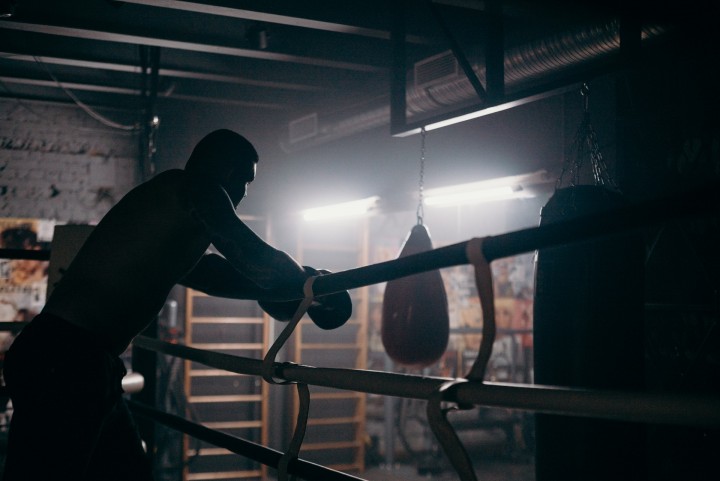 So about a year ago if anyone told me that I will be telling this story, I would have laughed at their face. The truth is, I was in a different place. I was living my life with my wife and kid and that was it. That was my existence. What else do you want in your mid 30s?

But, something happened and wheels started to turn. To give an insight, let me take you to a decade ago. It was 2005, I was 16 years old when I learned that there’s a possibility that I can fight in the nationals. Yes, I was a boxer. My coach believed in me more than myself. To be honest I never thought that I will even be capable of boxing. I didn’t know anything about it when I started out but my coach saw something in me, maybe anger.

I was a quiet kid, who didn’t talk much and was angry. I was angry with my parents because they sent me to boarding school. I was angry with my myself because I couldn’t make friends. But my coach saw that, and called me one day for practice. He insisted on me to join the club and come for practice daily because I wasn’t good in studies but in our boarding school, sports was a major part.

For two years, I practiced a lot and when I was 13 my coach thought I was ready for the inter school tournaments. I participated in 2003 sports day where athletes from different schools came to take part in sports, and won the gold medal. That was the biggest day in my life up until that point.

I was so happy. My coach was even happier. He took care of me like his own son and convinced my parents to let me do this for life. He always told to never settle for less, always aspire higher, know worth and take what you deserve. Most of things from that time has blurred but these lines stayed with me.

Time passed and I continued my boxing. I fought the best of my state and soon started getting considered as one of the contenders of my state. I was ready for the biggest fight of my life.

I remember it was 2008, I was 19 and had passed my 12th exam. I didn’t want to go to college, I wanted to box. So I started training for the biggest match which was the selection for Nationals. My coach was so hopeful for me. But unfortunately, I fell down and became unconscious. When I opened my eyes, I found myself in the hospital bed with my legs tied to the railing of the bed and head wrapped with white bandage. I couldn’t move.

I saw my parents in front of me and asked them about the selection. It was already done. I had woken up 2 days later. I couldn’t believe what had happened. I felt angered. I talked to my coach and he tried to motivate me but I knew deep down he was more hurt than anyone else. And then the doctors told me that I could not fight ever because if I get injured in the ring, it will be very difficult for me. I just let that sink in. In that moment I knew, that was it for me.

I had to move on and try something else because if I didn’t it will be unhealthy for me emotionally. So I did my graduation, started studying hard and got myself a job as a sports writer in 2014. Boxing was long gone for me but coach wasn’t, we still talked on phone.

I visited his academy, this was the first time in 11 years that I was visiting a boxing academy. It brought back memories. I got in the ring, and threw some punches with the young boxers. They knew me, coach had told them everything about me. I took a lot of punches and it felt good. I felt alive. But I hadn't thought that I might come back in the ring.

I went to see my doctor in October last year and he told me that there was nothing wrong with my body and I can be in the ring. Maybe all my injures healed up, I don’t know what happened but those words were music to my ears.

I remember my coach's words, ‘take what you deserve’. Right now I am training to take part in one last boxing match. And it doesn’t matter where I go, I know I am a bit older and my body is no where near what it used to be but I want my wife and kid to see me in the ring.

Share this story if you believe that miracles happen when you least expect them.