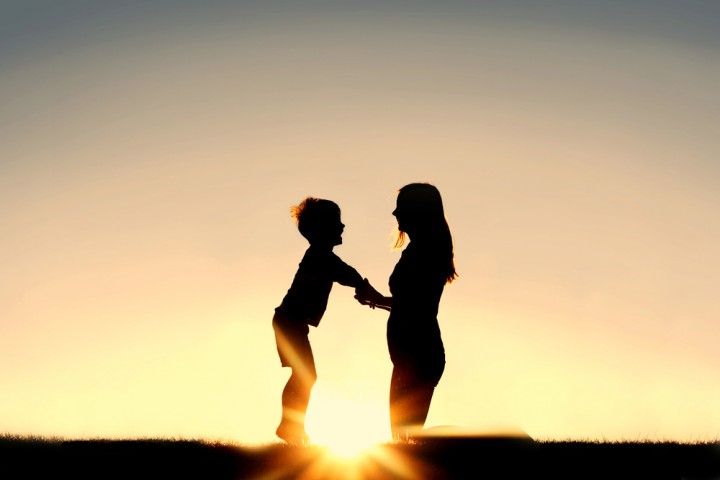 Son, I am a stay at home mother because I made a choice when I was too young for reasons I can never explain. But, it is not what all females do or should do.

Yes, I pampered you because I love you - from clipping your nails to tying your shoelaces. But if I have the right to do these tasks for you, I also have a right to kiss and hug you and expect the same in return. It’ll hurt when tomorrow you start getting irritated with such little expressions of love, especially in front of your newfound friends. Don’t ever be ashamed of your own mother, it’ll kill me a little inside.

Baby, bullying someone or making fun of people you know will never answer back should not be your idea of ‘fun’. Fun is what makes you happy, not what makes other people sad. What have they done to you for you to have a laughter riot riding on someone else’s emotions? It’ll only add to your karma and believe me, “What goes around comes around.” So if you ever have a friend who stammers or someone who is not as well-spoken as you are, give them a helping hand rather than giving them a hard time being around you.

Chivalry is not an old phenomenon, it’s immortal. And no, as we go on advocating gender equality and women empowerment, that does not mean females become men. Pulling the chair out for her, walking her home or making the first move, are things girls still appreciate. That’s why she calls you her ‘man’, she likes to feel a sense of possessiveness no matter how successful or strong-headed she may be in life.

If someone hurts you badly, they have probably been hurt themselves in the past. If you take everything personally in life, there will be no end to your miseries and you will never find a way to stay happy. Revenge is your biggest enemy, accept criticism and betrayal with open arms because they actually teach you the nicest life lessons.

Just remember, “How people treat you is their Karma; How you react is yours.” - Wayne Dyer.

It’s a difficult life and society over here. This world is full of people and influences. I have felt scared walking on the streets in my own skin, I have felt a hundred eyes on myself in the middle of the road, market or in my own house but my soul will die if you ever make some other girls feel the way I felt when my own uncle was eyeing my private parts. It feels sick and funnily enough, we girls feel bad for someone else’s wrongdoings. Everyone pays for their bad karma and trust me, son, it happens. You’re allowed to wear what you want to, so is she.

Learn the true meaning of ‘touch’ before touching anyone in the wrong way. Touch is to make your presence felt in front of the people you like to be around. If you ever touch a girl in a way she wouldn’t want you to or hit someone weaker than you to hurt them, I will have to hang my head in shame.

When a girl loves, she takes her heart out and puts it in front of you. That’s how girls were made, don’t break her heart by cheating on her and faking your feelings for her. It’ll break her for life; just be honest, she’ll respect you for the rest of her life. In fact that’s how you are made, the day some girl will break your heart, that day will be the day when you’ll realize what you’re paying for. So why regret ever in life?

When I gave birth to you, I had a lot of dreams in my mind. The first one being you’ll be a true gentleman, you’ll respect every individual for what they are and never try and show anyone down. Everyone in this world is beautiful and I’ll be heartbroken if I ever find you mocking the ugliness of people you don’t even know or their status. There will come a time when you’ll regret it so why do it in the first place?

This society is full of idiots who believe in things I wouldn’t ever want you to even listen to. What’s stronger sex anyway? Everyone is equal son, I don’t know why it’s become so difficult for women to live a comfortable life without feeling threatened by the rapist looks she receives all her life. But, that has nothing to do with you being stronger than her, it only means she needs you to change that perception.

So what if she’s more successful than you? It’s because she probably worked harder than you so rather than thinking of ways to dominate her, think of ways to prove yourself in front of the world. She gives you advice because she cares for you and not to put you down, don’t ever think otherwise and snap just because this society taught you that she’s a ‘weaker sex’.

This world will show you a million heartbreaks, betrayals and suffering, expecting you to become bitter. Just know, the intensity of all hardships in your life will be dependent upon how much you can take and the day you’ll fight it, you’ll be a hero in my eyes. The day you’ll find it in yourself to treat every person the way they deserve to be treated, I’ll be satisfied and that day, my duty of being a mother will be over. I’ll be your friend then.

What’s on your list of lessons you would want to teach your son or daughter?
It would be awesome if you would share your thoughts and write to us at
https://www.akkarbakkar.com/whats-your-story