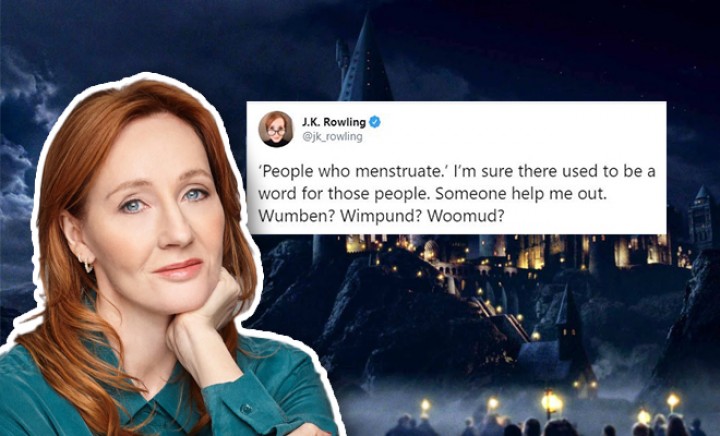 JK Rowling has sparked outrage among transgender people, activists, and allies over allegedly anti-trans comments. The amount of diversity in her writings has recently come under scrutiny.

Rowling appeared to take issue with a headline that used the phrase “people who menstruate,” which is language inclusive of people like transgender men and nonbinary and gender-nonconforming people, all of whom could be people who menstruate, rather than using the word “women.”

She tweeted, "People who menstruate, I’m sure there used to be a word for those people. Someone help me out. Wumben? Wimpund? Woomud?"

In response to Rowling’s tweet, some Twitter users highlighted that transgender men experience menstruation, transgender women don’t, and other gender identities across the spectrum could experience periods as well. When followers criticised the tweet as transphobic, Rowling responded in a thread, writing, “I know and love trans people, but erasing the concept of sex removes the ability of many to discuss their lives meaningfully."

GLAAD criticised Rowling's remarks as "inaccurate and cruel," adding that she had "aligned herself with an anti-science ideology that denies the basic humanity of people who are transgender." Rowling has come under criticism before for similar comments in the past.

In December 2019, she came out to support a researcher who had lost her job after saying a person could not change their biological sex. Rowling has a long history of so-called gender-critical commentary, best summarised in writer Katelyn's story that "J.K. Rowling's transphobia is a product of British culture."

Some Twitter users have criticised her assertion that menstruation is solely experienced by women as transphobic, pointing out that her statements are 'simply not realistic' when it comes to those who menstruate.