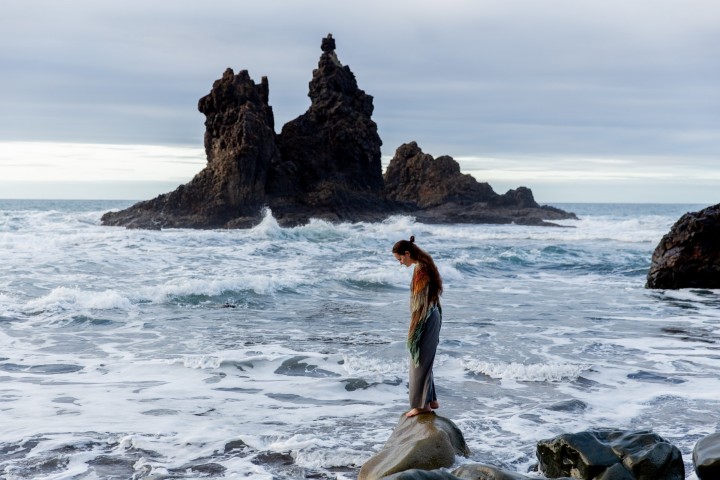 Last night something happened. It wasn't the first time but I beg myself to make it the last one.

I am a 26(almost) year old lady who has a keen interest in how the human mind works, is there any wrong, or perspectives. I knew from the very beginning that something is different with me, with time I realised some of them.

I had two failed relationships one short, one for four plus years. Never was the best but was an above average student. In fact, I believe in the all optimistic spirit that got me out of so many things- situations, exams, without stressing much but as the time continued, finally I started seeing some failures in my life, apart from relationships. Including years of no-conversation situation with my father whom I never thought of having such a drastic change with, boyfriends one like me- shy but way more confused than me and the other one naive like me but taught me most of the lessons of my life.

With the help of google and few friends and research I found out I am an introvert, INFJ personality, chronic insomnia, anxiety, panic, depression, and currently existential crises. And they are all inter related. This is not some free time thing I do, it is what I am and I want to help myself.

My friends know about me. In fact, all of them are suffering from few of them. Born in a lower middle class family I never gave a chance to myself to have a thought about passion, just wanted to take the responsibility of family and pay them back the favour as this is what I have been made to feel like.

Enough of this, about last night. My second ex and I were in contact in the name of friendship because I still thought he was not bad at heart but did few things that made me question not only him but myself too that is why I broke with him in the first place. He was sweet and all but he first made me feel best about myself but later on brought out the worst in me. Things that I would regret, wonder how can I say such things. We used to argue a lot.

Me being the rebel and logic in everything and all, and he first attracted by my intelligence then later questioning my womanhood because I question a lot, don't accept everything, because its been happening for so long. Still I tried to find a friend in him, told everything, cried in front of him which I rarely do in front of anybody else, tried to save the relation by doing things I myself would never approve.

Last night he made a joke which I politely said not to do, as its not appropriate now given the relation between us. He snapped at it and told me he wanted to have s*x and asked me for it. I at first thought he was retaliating in his disturbing ways because he got hurt still don't know why because I never gave him a hint and made sure I am clear in my intentions which is to be a life long friend, that is it.

I was processing it and obviously said no and how could he ask this then I reacted why and what then he started giving me a modern speech that it is not a big deal. All of this was shocking to me because while we were together we never did it, then how could he ask such a thing now. Then he told me he was testing me and his friends told him to ask me that which made no sense to me and then argument started and he told me that I have mental problems, a psycho because I didn't see his love and rejected him, although he used to abuse me verbally and mentally even went on a date when we were not talking for few days which impacted me in the most disturbing way because he was the one who claimed his love for me and I on the other hand never really had that for him but stayed committed for his sake, and his words of love.

He later told me I rejected him because he is a nice guy and girls like me can only be controlled by a rapist. This kind of statement was not the first from him. He once defended marital rape, by saying it is not a bad thing. Yet he claimed he is a nice guy.

My fault was I already feel alone in this world, I do have a good family and best friends anybody could ask for yet I never poured my heart out to some one, like I did with him. I truly believe that friends are as important as family because you choose them by yourself. I just wanted a friend in him, not to end things on a bad note.

This cycle has been continuing for so long but I hope that I would finally understand some people are just not worth it.

"Be a best friend to yourself first, that is what is most important. Help yourself, love yourself, have faith in yourself."

Share this story because there is a lot that we take for granted and we must not.

Teenage Love Is Not What You Think: Here's My First Love Story

Not All Parents Are God Sent, Some Like Mine Come Straight From Hell

I Am A Man And This Is How I Was Sexually Abused By My Cousin Sister. Yes, That Happens.

We Are A Young Couple Who Don't Have Sex Anymore. And We're Still Perfect.