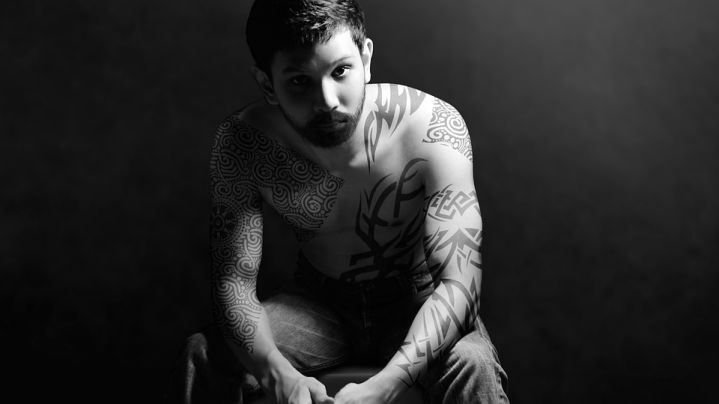 'GOD, YOU'RE SO SEXIST!' those are the words that I get all the time for sharing articles about male sexual abuse by those who take up the cause of a “fake” gender equality. It's funny how opinions and the conversations change when the issues of men’s rights arise.

Now, I am not one to say that women have it easy in our society either but at least to some extent, laws have been designed to protect them...but what about men? What about the Dad who still has to fight for his right to see his children? What about the hundreds of fake rape cases slapped against innocent men and when they are proven as fake in a court, the accusers just get to go home like nothing ever happened.

It was a hot afternoon. I was 8 years old and our family lived in Delhi. Dad had finish 2 years of his posting there as a Lt. Colonel and had gone to work early in the morning. The Kargil conflict was in full swing and he had to oversee the maintenance of Bofors engines. My sister was at home along with me as our vacations were going on. She was 14 years old. We were sitting and watching TV and then…my memory becomes a little cloudy here, it comes and goes, quite vague. The next thing I remember is that my sis was on the bed, lying down and she had this pink sleeveless top on, tied in a bow in front and a brownish skirt. She told me to open the bow and start kissing her, encouraging me that it's all okay. Then, her top was taken off and I remember she was wearing a cream bra underneath. Thank God, the bell rang and before anything could happen, she quickly covered herself up and bolted to the door. Dad had come back home for lunch and that saved me. She didn't try anything like that again after that.

Fast forward to 2015, I ended getting my girlfriend pregnant due to the lack of sex education that we Indian kids receive. We mutually decided to have an abortion and I was beside her through the whole ordeal and after it as well. Unfortunately for some time, I couldn't give her as much attention because my dog was diagnosed with cancer.  During the last days of my dog's life, she started dating another guy which, by the way, I was to find out about through Facebook  (Hahaha..fuck me, right?).

The only person I could turn to during this phase was my sister who basically told me to fuck off. This triggered those repressed Delhi memories, things started to come back to me and after all the shit that had happened, I ended up needing counselling.

The Weird thing was that I finally told my parents about everything and instead of kicking me out of the house, they forgave me. It turns out that, my sister had also been molested by a mentally handicapped member of our extended family when she was just 6. Did it justify her doing the same shit to me? Who has the answers?

Ever since I remember, she has thrown temper tantrums at me and at the very people who stood by me when you wouldn't give a shit. The same parents that have been there for her every step of the way.  Thank you for showing your true colours. I can’t find “the good” within you. When you fill our ears with all your sob stories looking for pit…all I can say is that the crocodile called, it wants its tears back. I forgave you because I know I owe it to those people who made you and I'll do whatever it takes as far as materialistic means are concerned to make sure that you are comfortable just for our parents’ happiness. But..and I hope you read this...I hate you and I want you to stay the hell away from me.

So tell me....where is the justice? Is my need to fight the prejudice that our society created justified? Don't give me the hypocritical lectures on feminism. I have no time for that one-sided approach to equality.

For those of you who “feel sorry for me" well, get bent… I don't need your sympathy or politically correct need to be “balanced” and “do the right thing”. I would rather seek honesty. If you have any of that left in your bones, go ahead and say what you need to in the comments below. I am ready and waiting.

Abuse underwent during have effects that have far-reaching and invasive effects into a person's psyche which can be carried even decades past the triggering incident. The story of our author is an example of that pain and resentment and simmering anger.

Therapy and support are essential for every victim and encourage everyone to hear and speak without judgment. Share this story to let this voice be heard by more.