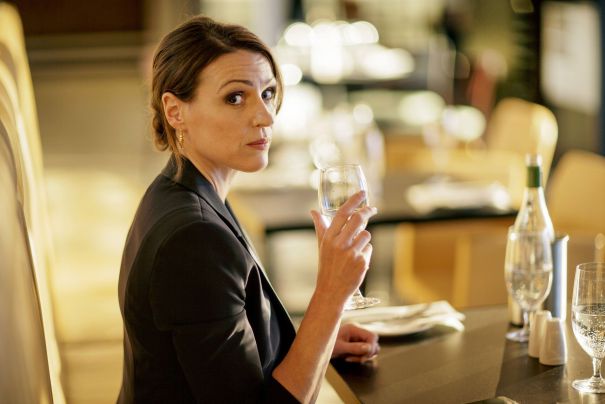 This incident happened when I got an opportunity to work in Lucknow. I am from Dehradun and having worked in Delhi for quite a long time, was a bit apprehensive about working in Lucknow. But due to personal reasons, I had no choice but to join. When I shifted there in September 2014, I was very depressed because of the way my colleagues treated me, as I was the only girl in the office.

It was around this time that the life-changing incident happened to me.

I met Ashish, who was also working on the same project. He was energetic, jovial and full of a positive attitude towards life. It was great to see his passion towards his work and team. He used to check on me now and then, tried to involve me in the discussions that he used to have with his teammates, used to offer me sweets for no reasons.

He constantly kept trying to talk to me and I kept restraining myself because I knew that he was married and had a daughter born in October 2014.

I wondered as to why he was not willing to spend time with his wife and infant daughter, who was born after 5 years of marriage, though he was helpful and very generous to everyone in the office.

Soon, I got to know that he was being promoted and was going to Amsterdam for 15 days of training. It was in those days that I felt his absence. When my wait finally came to an end, he came back with a more disheartening news that he would be going to Bangladesh for another project. It was then that I realized that there was something I felt for him. I knew I would miss him, but I suppressed my feelings.

But destiny had something else planned for me.

On Dec 3rd, 2014 he pinged me, inviting me out to dinner and I said yes. We met for dinner, and everything went pretty normally, and we conversed like casual friends. Soon, he shifted to Bangladesh, but we kept talking, and that was when he shared the truth about his married life. This was his second marriage. The first marriage turned out to be a failure in 6 months itself, despite him being in a relationship with that girl for almost six years.

He was not happy with his second marriage.

In fact, his parents forced him to be in this marriage, though the girl wasn't compatible with him. Then, we kept talking for almost 10-12 hours a day and shared every bit of each other's life with each other and started falling for each other, but restricted ourselves because of his marriage. He even invited me over to his place and made me meet his wife.

His wife and I became good friends. She shared the same type of pain about her marriage with Ashish as he thought he was going through. She too had married him because of family and financial obligations. She despised him and was waiting for a job to be offered to her so that she could walk away to an independent life. This confession of her's brought me closer to him, and we finally expressed our love for each other and started figuring out ways to be together without hurting anyone. Soon, I shared with his wife the matter that we are in love and wanted to be together. I assured her that as far as she was concerned, we would provide her financial security for the rest of her life so that she too could live peacefully.

This confession I made to her caused an even bigger shock and confusion in my life.

This girl, who was not even willing to live with his husband and who used to call her marriage, the biggest nightmare of her life, suddenly started loving him. She now blamed me, for ruining her relationship and called me a home-wrecker. She brought this to her in-laws' attention, and now they are forcing us to separate. We still want to be together but don't want to hurt anyone.

We are ready to shoulder our responsibilities for the family. But how do we make the family understand our feelings?

Share this story to show your support for love beyond restrictions.

I Did This Despite Being Married But Is It Just Me Who Is Wrong? Who Decides That?