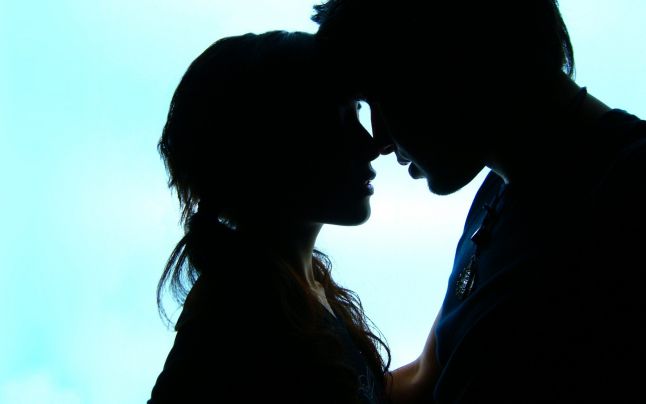 It was new year's party when I first saw him, and how was I supposed to know that he owned the institute where I was studying computers? So December 31, 2011 was a magical day. I felt something. I didn't know he was married. All I knew was that I had to keep an eye contact for a second before I looked away, blushing.

From that day onwards, whenever I went to the institute, my eyes kept looking for him around corners and inside rooms. He would come down to the computer lab to see me, but he never said a thing.

Instead, the aankhon ki antaakshari was on. I was only 20 years old, and my course was about to get over. That's when he did something that made my heart skip a beat- he offered me a job at the institute. I was tingling with excitement!

Everyone knew him to be a rude boss but nobody knew what was cooking inside his head. When I joined the institute, he was also strict with me many times, and sometimes I would feel like leaving the job, but something in me stopped me from doing such a thing. Then one day, when I was about to leave after work, he called me. I was so scared that I was probably going to be yelled at again for something I did. Surprisingly, he was really sweet to me.

That day, he told me how despite his love marriage, he was still alone. He asked if I could be the friend he could share his feelings with. He had been married for five years and they still didn't have a child. This had soured his relationship with his wife and now, they barely spoke to each other.

Like a fool, I trusted him blindly. Slowly, we began to speak everyday after work, on the phone until I reached home, and on WhatsApp afterwards. Then I went to see my sister for a week, and the separation made us talk to each other more, almost all the time. We became even closer. I came back and joined work again, and we really wanted to spend time with each other but we couldn't.

One day, he called me into his cabin, and I was overwhelmed by some emotions. The minute I unburdened my heart, I cried. He hugged me and I felt so much better, and then before I knew it, I was being kissed. I couldn't process what was happening and I quietly went back to my own cabin. Just then, a colleague came to me and I told her everything. That is when she warned me that if I entered this relationship, I would only get tears in the end.

I should have listened, but I fell for him blindly instead.

He was alone at home one day and called me over. That was the first time we became physically intimate. I was into him in a way I never thought I could feel for anybody. But I didn't want him to leave his wife, and neither did he. Love was in the air, and so was the way we spoke to each other all the time. One day, when I confided that I was feeling insecure, he took me to a temple, gave me a ring, and put sindoor on my head. For a woman, to be experiencing this emotion for the first time, is a big deal.

Now I had no reason to doubt him. But slowly, he became possessive. He insisted that I shut down all my social media handles, and I did it because I loved him more. I even stopped talking to my friends and stopped meeting them. If any man at work interacted with me, he would become suspicious. We would fight all morning, and patch up in the evening again. For me, no place in the world was better than his lap. I used to sit on his lap all the time and would hug him tightly for hours. I loved him from the bottom of my heart. He wrote me letters filled with promises.

I was sure that he loved only me, and he had no feelings for his wife. He told me that his marriage was suffering and that they were going to have a child. I asked him many time to go back to his wife, saying I'd understand. Each time, I heard him refuse. Sometimes I begged him not to cheat on me, and he promised that he never would. I trusted him.

This went on for 9 months, after which he suddenly began to distance himself from me. I couldn't understand what went wrong with us. I had to hear things from my colleague instead of him, "She's a very beautiful girl who can get any guy. Ask her not to waste her time on me," he had said. I kept wondering what was wrong, and I couldn't handle it.

I was angry and devastated, and I called his wife and told her everything. I asked her to come and see for herself. His wife was completely shocked, but not as shocked as I was when she said she couldn't come- she was three months pregnant. It hit me so hard that it was enough for me to want to die on the spot.

He didn't care about how I felt, but he was concerned about his wife's health during her pregnancy. When she asked him, he denied everything. After that, I stayed home for a month, unable to get over his betrayal. Then, we met one day, and he begged me to be with him because he 'loved' me a lot. Tears were rolling down my face as I admitted that I had done wrong to his wife, and I refused to ruin his child's future. I was traumatized. I continued working but I was as good as dead.

One day, he called and accused me of going out with someone else. It was entirely false and I don't even know where he got the idea from. He told me that I was a horrible woman and didn't deserve anything good in life. I was already quite damaged psychologically and he pushed me to the edge. There was only one thought in my mind- let me just die and stop suffering.

I attempted suicide, but my family saved me. They came to know about what had happened and they approached the police. I didn't want to see him behind bars, I didn't want his child to know that his father went to jail. I still loved him and I couldn't do this to him. But even then, at that time, he disappeared.

My parents brought me home and I fell into depression for almost eight months. Every night, I couldn't sleep and I just used to think about what I did wrong. Where was I lacking? I did everything he wanted, trusted him blindly- so why did he do this to me? And then for another year, I went to my sister's place. I got his name tattooed. It felt better to externalize the pain.

Today it's been five years, and his name is tattooed still on my body. I am not depressed anymore, but I'm not completely myself either. He was my first love, and I keep thinking about him. I have been married for five months now and my husband knows about my past. He has accepted me, with everything.

I tell everyone that I've moved on, but the truth is, I still struggle. I cannot be with him and ruin that child's life, a child that is now four years old and must be happy with his father.

I still don't have an answer to my question- what was my fault? Why did my life get ruined? I believed everything he said despite knowing that he was married to someone else. He's left me with scars and tears. I'm not the same girl I used to be before I met him.

Share this story because we're all tired of abusive men making everything the woman's fault.

POEM
The Golden Bird
LIFE IN THE TIMES OF CORONA
YOUR STORY
BAKKAR. CHAI. SUTTA
JUST IN