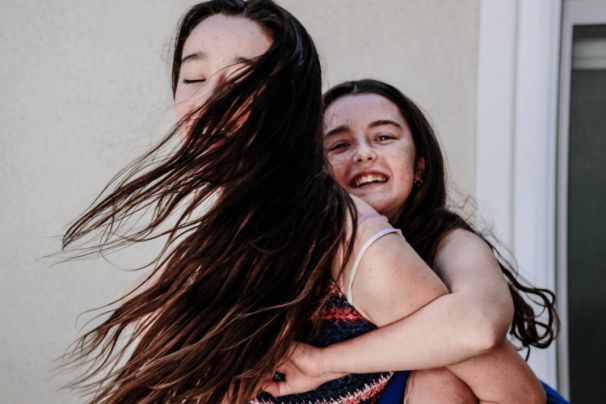 It was a beautiful winter day when an innocent five-year girl was playing with her cousins. It was on this winter day, when a hand, that had a promise of protection tied around it, painted her soul black.

He said it was a game. He said that the first time, the third time and then every time after that. By the time she turned six years old, he raped her.

She was too small, too scared, to understand what was happening to her. She didn’t know how to tell anyone about how much these games with her cousin brother hurt her.

Until one day, she found out that another of her sisters had played the same game with him. However, when she tried to voice out her pain, she was slapped by her father for letting him touch her like this. He got punished too, but that one slap that her father gave her, was enough to silence all his sisters that could have been his victims.

The little girl didn’t have the guts to talk her mother after watching what happened to her elder cousin. Baring all her pain, she began playing on her own, avoiding playtime sessions with her cousins. She stayed in her room and played with her toys instead; keeping her pain safely suppressed within.

One day, however, the same vile cousin approached her to play the same game again. Strongly, she refused. But then to her horror, saw him take her little sister, who was one year old, to an empty room and locked it.

Without hesitation, she ran towards that room and banged the door, until that 15-year-old monster had no choice, but to open the door and let her sister out. In just one incident, she grew.

She became the saviour to all her sisters. Every single night, she tried to tell herself that it wasn’t her fault. That she wasn’t impure. But those thoughts haunted her for several years after.

17 years later, I had the guts to talk to my mother about what had happened to me, all those years ago. It’s only because of the strength that my boyfriend and my friends gave me, that I’ve been able to talk about this. To help other women take care of these problems.

Rape happens, unfortunately. But not many people have it in them to accept life afterward. It’s difficult, but it’s possible. And I am a witness to this.

I am 23 today, and I have no shame in sharing my story with the world, because I am not ashamed of what he did to me, he should be ashamed of raping his sisters.

The only reason I’m not sharing my family name is because of my family. One person’s behavior doesn’t define all of us. This is a message to all those girls out there, who suffer each and every day with these haunting thoughts. Please don’t lose hope. Trust yourself, so that you have the power to embrace yourself like you never have before. Fight, and do what you must, to make yourself happy.

Make your daughter more aware of these incidents- explain the workings of this world with her.
Teach your boys the importance of respect and the value of love.

And as for you, don’t let anyone tell you otherwise, your soul is pure, and you will find someone who will love and accept you- who will see the strength in you, for fighting as you did.

Share this story, because rape is not something that we should not be talking about. It's essential to teach our kids the importance of touch and respect.