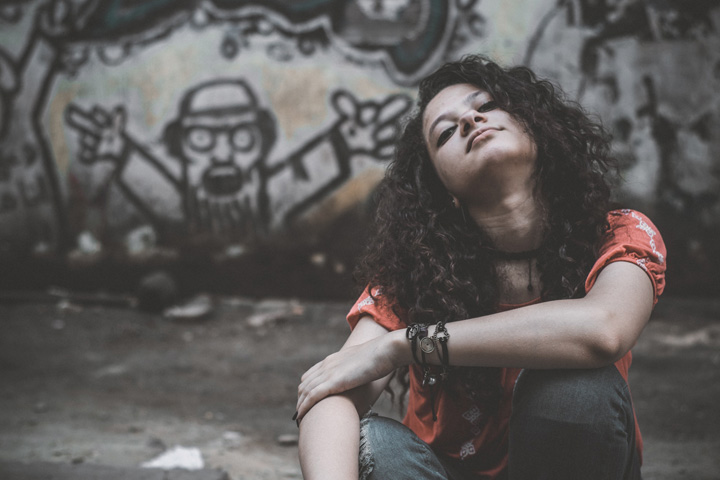 I was only 11 when I realized that I had a passion for art. I loved all my art classes. I was my art teacher’s favourite student. I did not have any kind of relationship with my own father.

So he was like a father figure to me. I craved for his attention and affection.

I knew he too cared for me. He treated me like his daughter and made me feel special. I felt as if I was a part of his family. I often spent the night at his house. I went out with his family on vacations too.  Eventually, I went on to become his children’s nanny.

It was all very innocent at first. But when I was in my teens, he began touching me. Initially, it was just little pats and strokes. Sometimes he would tickle me.  Then he got into the habit of pinching my rear end and winking at me. Sometimes, when I was drawing, he would sit behind me. He would press his body against me, grab my hand and then draw on my paper with it.

I liked all the attention but I realized that his touch was becoming sexual in nature.

I was not yet 18. I thought I had brought this upon myself because I loved him. I was upset and confused. I would feel disgusted when he looked at me in that manner or when he touched me. He then started kissing me on my mouth. I could smell the alcohol and the cigarettes in his breath.

I felt sick when he described my body or told me what he wanted to do to me.

I told myself that all men were like this. He then openly started asking me to have sex with him. He begged me for my virginity. I felt embarrassed when he said such things but thought it was his way of telling me that I was pretty. I just went along with all this because I didn’t want to embarrass him in any way.

He asked me if I would move into his house so that I could be his children’s live-in nanny. I clearly told him that my parents would never let me do so. I didn’t want to leave my home either. He then tried to entice me by saying that he would give me a room of my own to stay in. He even showed me the room. It was entirely white. It had white walls, a white dresser and a white bed.

I was still too young and naïve to understand his motives.

His wife never said anything about it so I thought there was nothing wrong in what he was saying. I convinced myself of this. But deep down, I was getting very scared of him.

I tried to discourage him but it was of no use.

Finally, one day, he gave me some alcohol. I fell asleep. I knew he was undressing me. He then kissed me and fondled me. But he did not rape me.  When I woke up in the morning, I noticed that I was wearing his T-shirt. But I was still wearing my own panties. He had touched me there – but that was all.

When I met him the next morning, he acted as if everything was normal.

He was whistling in the kitchen when I went there to tell him that I was leaving. He asked me to have my breakfast with him. But I insisted that I couldn’t and rushed back home.

I told myself that I would never think about all that had happened to me in that white room. I was absolutely terrified of the whole thing. I was so ashamed of myself.

It was as if I had experienced a nightmare. It was the worst day of my life. I can still remember all the details.

I then had to make the hardest decision of my life. I said, “No” to him.

He punished me for this. When I told him that I wouldn’t move into his house, he threatened me by saying that he would get a beautiful European nanny for his children and I would regret refusing his offer. He thought I would feel jealous if he told me this.

And the awful truth is – I did feel jealous.

Not because he would sleep with her instead of with me – but because I felt he would love her now and throw me out of his life. But he didn’t get that European nanny. As far as I know, that white room remained unoccupied. I finally moved away from him at the end of my senior year.

He told me that I had got my scholarship only because of him. He threatened to call my college and tell them that they had made a mistake in giving me that scholarship.

But I stood by my decision. I refused to give in to his threats. I had to endure his vengeance for months but finally, I did get my freedom too.

He told my parents that I was not doing my work properly. He tried to force me to come back to him and work as his children’s nanny. He even asked my parents to convince me to do this. But I refused to do so. My parents too punished me when I rejected his offer. I was not allowed to go out anywhere. My parents thought that I was an ungrateful and uncooperative child. They thought I did not appreciate the interest of my wonderful, generous teacher.

He then started making fun of me in class, in front of my peers. The worst part of it was that he made me realize that he had never really cared about me at all. He made me feel as if I never deserved the attention of a person like him. I felt as if I had just been a toy for him to play with. And now because I no longer served his purpose, he tossed me out of his life.

I felt stupid and worthless. I believed that I had no talent at all. I stopped making art for many years. My self-esteem was at an all-time low.

Even today, only a handful of people know about all this. But he continued teaching. He received several awards for being a great and popular instructor.

But the truth is – I also felt extremely lonely after that. I felt as if he had abandoned me. I just tried to blend into the background now. I never wanted to shine again. I redefined my boundaries with people now.

I am still recovering. I do my best to live in the present moment. But sometimes, I do end up thinking about my past too. I know that the pain, anger, fear and shame will take years to leave my soul.

He took away so many things from my life. He changed me as a person. I hate him for that. I am now a person who has deep-seated fears. I struggle with my emotions and insecurities.

But I have become more empathetic as a person. I can understand the pain of others now. I want to help others who are struggling to recover from such experiences. I want to prevent others from experiencing such things.

I never had the courage to confront him. But I had confided in a friend of mine. And she confronted him at his daughter’s wedding. He was very upset about it. A month later, he died when he was by himself. He was in his house, drinking scotch.

People wondered if it was suicide. The truth is: I hope it was.

I know that only ‘bad’ people think like that. But I hoped that he regretted what he had done to me. I wondered if his death signified that he actually cared for me – even if it was just a wee bit. I feel ashamed to feel this way. I find it disgusting that a part of me still wants to be in the good books of this kind of a man. I feel very very ashamed that I still seek his approval.

I get angry with myself when I think of such things.

And then I go about convincing myself. I tell myself that things could have been worse. I know there are people out there who are struggling with graver problems. I cry for children who have been abused for years. I cry for kids who end up becoming drug addicts or prostitutes. I know that this kind of abuse has changed several children’s lives forever. They can never ever hope to lead normal lives again.

And I feel grateful for my husband and my children. I am grateful that I am able to lead a normal life.

Two days ago, I found an old report card from my senior year in high school. I had got straight A’s except for a poor grade in conduct. My art teacher had given me that grade for rejecting his demands. And suddenly, I was overwhelmed by the painful memories…. again. I find it very difficult to control myself at such times.

I am writing this with the hope that someone in this world will understand my pain. I came across a similar story here. I want to thank that person for letting me know her true feelings. I could understand her and I know she too will understand my pain. I am sorry that we all have a story like this. Let’s hope that in the end there is a reason behind all our pain. Or at least we all get the strength to forget such experiences.

Let’s share this story and learn to empathize with ourselves first. No one is a paragon of virtue. A million thoughts and emotions flit around our minds and hearts every minute. Of course, not all of them will be good. The intensity of our pain will always manifest itself through our thoughts and emotions. At such times, we just need to acknowledge and respect all our thoughts and emotions….. allow them to flow out of our hearts and minds ….and then march ahead in our lives.