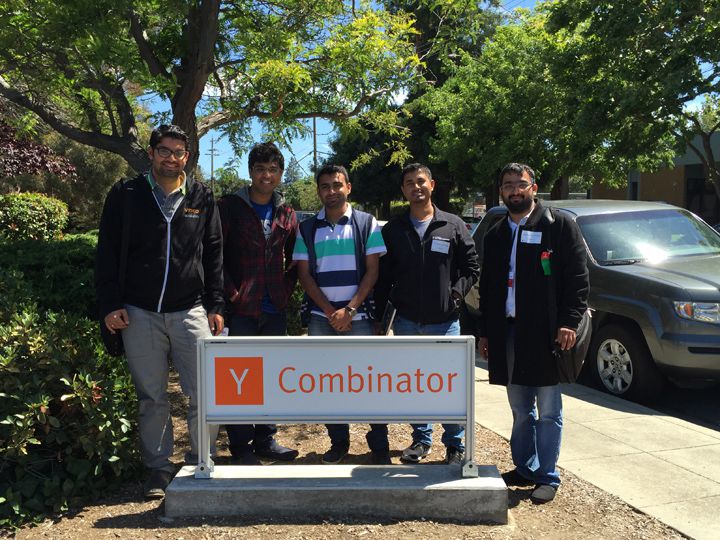 One of the best advice that I’ve received is 'never let failure get to your heart'. For the fear of failure often lulls us into a state of submissiveness. When the motivation to succeed is overpowered by our reluctance to fail, we let go of opportunities that come our way.

I like to recall my first attempt at building a company as an enjoyable experiment. The opportunity came along while I was pursuing graduation. Our institute had been exploring companies to organize workshops on web development. The time was ripe and we decided to put our engineering expertise to use. My friends and I incorporated a firm. Luck favored us and we secured contracts for three years in a row. By the end of the second year, we were helping more than 20 schools through service automation.

Though the venture was dissolved, it taught me a valuable lesson - opportunities don’t knock on your door. They have to be earned. One needs to persistently risk failure to earn opportunities.

Without doubt, the pivotal moment in my journey as an entrepreneur was when my brand new Ford Figo met with a horrible accident. Back then I had been working with a Japanese investment bank in Mumbai. The thought of having a car of my own was a childhood dream. I carefully rationed my expenses. It took strict budgeting for more than a year to save money for the down payment. To my utter dismay, my Figo was wrecked within three months. A colleague of mine had borrowed the car for a day and had lost control while making a sharp turn. The car had smashed through a fence and damaged beyond repair. Fortunately, my colleague survived with mild injuries. That ill-fated night, I realized the folly of my ways.

Though insurance had covered a part of the loan, I had to shell out good money to cover the outstanding principal amount. My car did not generate any returns and yet I had willingly thrust a year worth of savings into an asset which I used for less than an hour each day.

In a moment of inspiration, I conceived the idea of a seamless rent-a-car service. If people could hire cars by the hour, it would absolve them from needless investment in a depreciating asset.

My journey is not so different from that of any other entrepreneur. I have had my ups and downs and thankfully my team has stood by me through thick and thin. With JustRide, we had started off as aggregators in the self-drive car rental space. Part of the reason was that our initial investment was limited to what my co-founders and I could gather from our friends and family. To conserve cash, we leased cars from licensed operators and rented them to people.

Demand was good and we were able to generate a healthy business with a fleet of 8 cars. We decided that it was time to scale and raised our first round a few months later. By December of 2015, we were doing business with 18 leasing companies, had a fleet of 250 cars with operations in 4 cities. And then the realization hit us harder than a lightning bolt.

There were only a handful of licensed leasing companies left and scaling beyond a thousand cars was out of question. We had to either reinvent ourselves or raise more capital to purchase cars. Throwing the towel was out of question. To our bright fortune, we were selected by Google for a mentorship program. We worked closely with veterans of the startup ecosystem for six months in California.

Under their mentorship, we figured the best way to scale would be to build a marketplace- a platform where owners could earn by renting their idle cars. Such a pivot meant we had to raise fresh capital anyway, but it definitely opened the doors to a much larger market.

We got to the drawing board and figured that in the Indian context, handing over the possession of your personal car to a stranger would inevitably involve the element of trust. It is the very basis of the sharing ecosystem which we were trying to build for the car rental business. We figured that part of the problem could be solved if we profiled every customer and ranked him on the basis of how well they handled the car. We also needed a strong sales and marketing team.

But as the saying goes- “Man proposes and god disposes.”

By 2016, the upbeat Indian startup ecosystem had turned bearish. Investments were hard to come by. Our peer-to-peer car sharing proposal did not find any takers. We did a couple of hundred meetings and met every prospective investor in India. The successive devaluation of major startups and the unexpected closure of a few had put the brakes on new investments.

As a co-founder of a growing company, I have often heard the accusation that startups from India lack innovation. Our country is home to the fastest growing smartphone market with more than 400 million Internet users and a staggering billion people are yet to be connected to the Internet. It wouldn’t take a genius to figure out the reason for the rush of startups that want to join the Internet bandwagon. Despite the hype, we have failed to build a company whose innovation could be equated with the likes of Tesla, Google and Facebook.

While we have contributed to countless discoveries and innovations in the past, the general perception of our homegrown startups is not so rosy. The Indian startup ecosystem is well funded and amongst the fastest growing in the world. Then where exactly are we going wrong?

The answer lies in our inherent fear in embracing the unknown. Fear has killed more dreams than failure ever will.

I have learned this the hard way. Ideas and perceptions that are incomprehensible to us instill a feeling of anxiety and unease. The moment we encounter an unfamiliar situation, the fear manifests itself, influencing our choices. This instinctive mental block plagues the Indian startup ecosystem. Our startups are yet to add value at the global level, so the general perception is, “Why risk it out with an unproven idea?” The retrospective nature of our country’s legislature further alienates innovative startups from being funded.

Every now and then we hear of startups raising coffers of cash. We assume that all is well but things couldn’t be more different. On one hand, you have well oiled consumer service startups with tried and tested ideas. At the extreme part of the spectrum is the “No Go Zone”. Deep down the oubliette lies the underbelly of our ecosystem, brimming with innovation driven technology startups.

Down in this realm, few survive. A whopping number of these shift overseas in search of better regulatory environment and investment. Many end up relocating their operations altogether. Unless you follow the ecosystem closely, you might be in the dark about the mass exodus that takes place every year.

It's not difficult to perceive the retrospective nature of the laws of our country. In terms of number of constitutional amendments, we beat the oldest democracy of modern times, the US, by a massive 101 to 33.

Let’s rewind to a decade back; when telecom giant Vodafone had taken over Hutchinson Essar. Both firms were registered overseas and the takeover should not have created liabilities towards the Indian exchequer. However, Vodafone was slapped with a notice to pay up $2 billion in taxes. The tax department’s version- the transaction was taxable since assets had changed hands on Indian soil and the deal was deliberately signed overseas to avoid tax. In 2012, the Supreme Court of India ruled in favor of the telecom company. Within half a decade, we enacted the General anti-avoidance rule (GAAR) which allows tax officials to target deals, if they feel that the transaction is conducted with the purpose of avoiding tax.

It is common knowledge that mergers happen when loss making companies comes under the ambit of another, which is financially capable of absorbing the liabilities of the former. Under GAAR, the tax department has the power to deny tax benefits to the company, which has absorbed the loss making company, if they feel that the merger was constructed to avoid tax. So the onus is on the company to prove its innocence in the courts and we are well aware how tricky that is.

Mergers and acquisitions are part and parcel of a healthy and thriving business environment. Facebook had splashed $19 billion to acquire Whatsapp. Microsoft paid $8.5 billion for Skype. Both Whatsapp and Skype were brilliant innovations in their own way, but none made enough money to sustain themselves.

But thanks to a friendly ecosystem, they were absorbed by a profit-making firm with ease.

Entrepreneurs in India do not have the same luxury. Exits are often tricky and many companies die out before they are successfully absorbed. Combining the two we have the perfect recipe to suppress growth.

After all, why would an investor risk his investment on innovations which may never generate any money? Innovations are little difficult to come by in such a harsh environment don’t you think?