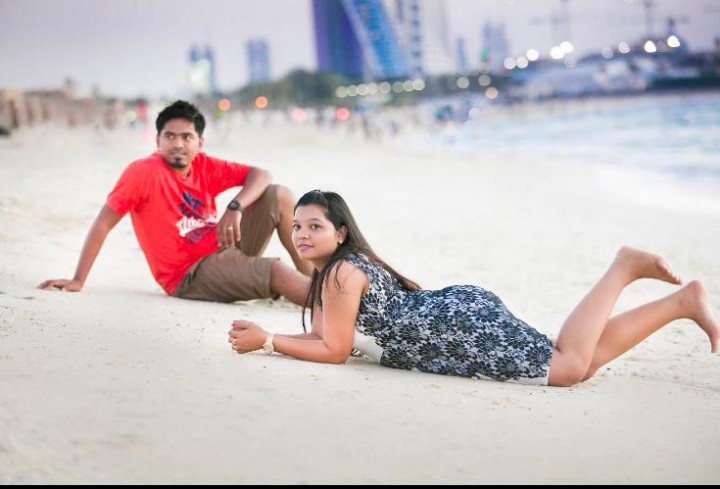 It all started as young fellows in the 7th grade. My friends used to tease him by calling my name and for me his name. But I had absolutely no idea who Mario was and he too was confused not knowing who Steffie was before the day we met.

After a whole year in the 8th Std, we eventually managed to get presented only by names, but once again a mystery here. I was clueless about where he resides and it was the same with him too. One fine day we happened to meet at the St Anthony Parish, Malwani. There he proposed to me and ran away.

After some time, I got his contact and after 2-3 days I contacted him and that's when I answered his proposal and said a YES, but here too I scared the poor guy telling him my father is very strict and will see how it goes. The two of us agreed and continued with our teenage relationship. And now, my utmost fear took place.

We were in Std 10 and my father learned about us. It was one hell of a ride. I was slapped too for this. My father yelled at me because I was too young to be in a relationship. So I accepted my father's words and promised to end the relationship and later I called Mario and we talked about the same thing. We did not contact each other for a year. But here, we used to have a little hopeful connection.

He used to make missed calls on my landline and I knew it was him and I used to do it as well. Year passed by and then in our Std 12th, we gave this relationship a chance again. We were in the same college again at St Andrews, Bandra. Here again, my Dad came to know about us, but this time I did not get a slap (laughs) he started teasing me by his name. The good point here was his mother knew about us since long back and slowly things got sorted and our relationship finally became an official one.

It took time for things to unfold, but our LOVE won. I officially stole his last name on 19.11.2015 Coming to the present we are wonderful parents to two little cute brats Sanchez and Modric. They complete us.

Some stories are so simple, they become endearing. Share this story if you too wish to have a simple love story.

Also Found in falling in love , high-school , love story , happily ever after .

Motherhood Has Changed Me For The Better