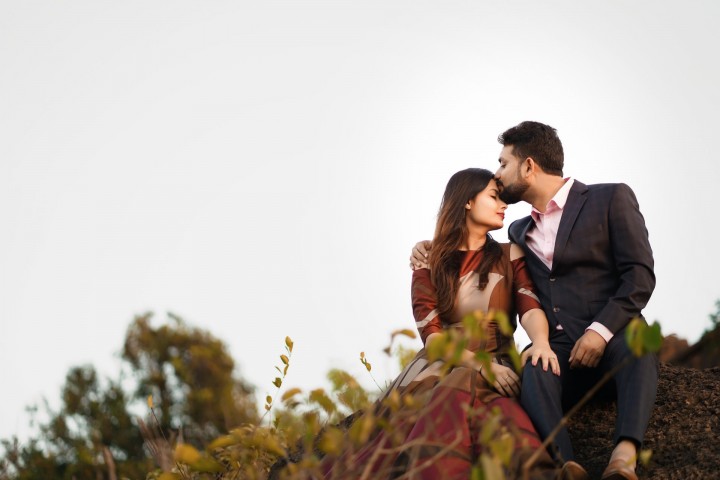 Hi, We are Tushar + Sharon = Tusharon

This is our Love story from 2014 where it all started in school days. I don't understand where to start, because there's soo much to say and there may be no words to explain our feelings and bring it out to you guys .

Tushar was a friend of my brother who used to come to my house daily to call my brother for playing cricket. From there we started knowing each other and then we started talking on Facebook. First, we started normal chatting, started messaging every morning, afternoon and night. This flow went on till one month until one day Tushar purposed to me for the first time, but my answer was a big no. The reason was that I thought he already had a girlfriend and second thing, I was also scared that he is my brother's friend and if my brother comes to know he will hit him or do anything to him. After that, we stopped texting each other for like 3 months.

When I shared this incident with my friend and my cousins, they became detectives and found out and told me he is single and that he is a very good guy. Later, they all started teasing me with his name. From there, I started having feelings for him and started regretting the decision of saying No to him.

After 3 months we again started talking on Facebook.  We both had feelings for one another. One day, I just happened to ask Tushar whether he still has some feelings for me and his answer was yes. After few days even I told him that even I like him and have some feelings for him too.

Our First meet was after one month of being in a relationship. We planned of meeting for the first time. This sounds awkward but we used to meet only on Tuesdays because I used to get a chance to say a lie at home. Well, this lie only my best, close friend Veronica knows. She has been my greatest support and is, to date to keep going and second thing even Tushar used to have off from his work.

This was a day I will never forget in my life. It was the best moment. Tushar gave me a ring and promised me.  He vowed to me that he will always be there in my ups and downs, good and bad days. I was left speechless. The ring which he had given is still with me. It's not of gold but it's not less than any gold for me. The value and the feelings behind the ring are priceless for me. It's full of love, trust, and honesty. And this is how we started our meets.

Then slowly some people came to know about us and they started ear poisoning about our relationship to our families. One fine day, I prepared myself to inform my brother about our relationship.  But before this happened they came to know that we are dating and that day I got a lot of pastings, and they stopped talking to me and also told me to leave him, because we both belong to a different caste. He is a Maharashtrian and I am a Roman Catholic.

They started ear poisoning me by saying he is not a good boy for me, he doesn't have anything. He is working in a Chinese Shop. He is staying in rented house and many things. On the same day when I told and cleared everything to Tushar about whatever happened that time, we both cried a lot that day and decided to become successful in life and show our family.

After 12th, Tushar stopped his studies because of some financial issues so even I left my studies because I was more stubborn. Tushar encouraged me to study further but I kept my word and said No. As months passed, Tushar started getting settled in life, started handling his family, started having many life changes faced many problems even then he didn't leave hope nor let me lose my hope.

By keeping God as the center of our relationship we started moving. Slowly even our families started supporting us, started understanding our feelings, both our families started getting involved in each other's good and bad times. Finally, we decided that we should get married after being together for so many years. So, we both decided to get married on the same date when we started our relationship i.e on 27/03/2014. This year 27/03/2020 we were very happy and excited to get married...

But because of this Covid 19, we had to cancel everything. After 2/3 months when it was declared an unlock, we started our planning because wedding preparations were already done. We got hitched on 13. 7. 2020

It's been months that we are married now and everything is going well, we both are happy, even families are happy with our decision. We are not happy because we got married but we are happy that we didn't disappoint our families nor we disappointed each other's feelings. We didn't hurt anyone, but having trust in each other kept us going.

One more thing to say- Love only depends on trust and honesty, so please guys never break ur partner's trust or play with his/her feelings.

Note: This special note is to my friend (mentioned above), my other close friends, my cousins, and my family. Thank you for your support and part in my Love journey.

Share this sweet love story, because sometimes, faith is what carries us through.