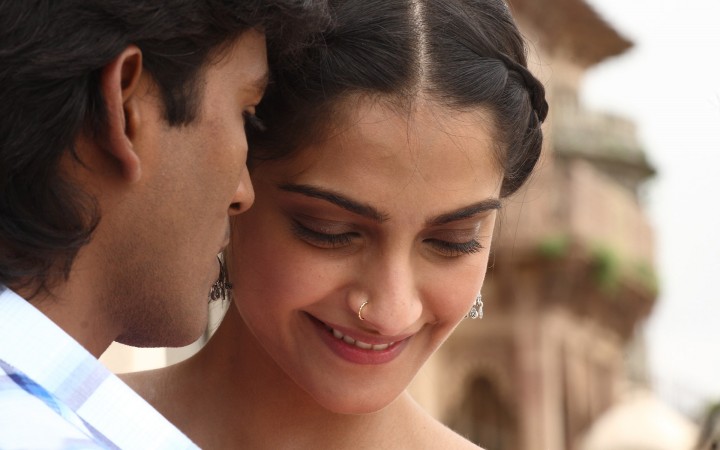 Why is it that on a fine day, you can't live without your special person even after being happily indolent for so long? How does a person affect you so much? Why are we never the same after the touch of love? I don't have answers for any of these, but I just know that there comes at least one moment in your life when you start to believe in this simple yet the most complicated phenomenon in this world.

And this is my moment. Here is how I realised that love is not overrated.

All they say about — the butterflies in the stomach, goosebumps, soulmates, can't-live-without-each-other — all of it is true. And here starts my- 'No, OUR love story.'

In my sophomoric years, I had a very few friends because I was an introvert and extremely arrogant towards boys. I hated it when they shouted at the top of their voice, when they looked at me, or when they tried to talk to me.

I studied in a girls-only Convent School till my 10th grade. Although for my 11th and 12th grades I shifted to a Co-Ed school, I still never interacted with boys. But things changed a bit for me when I joined college, I stayed in a hostel and gradually came out of my little shell. I started talking to boys, I found them not-so-hostile anymore. The animosity died out and at the end of the 8 months of my college life, I had two close friends among 'the boys'. None of them are the heroes of my story.

Well, there's no good or the right time to meet the one. How did I meet him?

He was my classmate. First year was nearing the end and it was time for the college fest. We were divided into groups and were assigned a task each. That is how Akhil Das and I got into the same group (coincidence or conspiracy? He doesn't confess! *sigh*). Once the project was done, we already had our mobile numbers exchanged. But mind you, never did we have a casual conversation. Every message was about the project and no phone call continued for more than a minute.

After the project, neither of us bothered to text or call each other. Days passed and it was election time in our college. He wasn't yet my friend, but all of his close friends voted for the opposition party, even though they gave him an impression that they were in favor of his party.

There was a lot of commotion over this and at that point, he himself saved his friend from getting beaten up by the SFI party students. He forgave them all and helped them out whenever he could. This is the first instance that sparked something in me for him. I sent him a forwarded message that day and he replied. That was the beginning. One month down the lane, we were more into each other. I learnt how much he loved his friends, how he valued friendships, how he believed in forgiveness, the list was long. Then came the one month-long vacation.

We missed each other a lot. So once we were back, seeds of love were already sown in our hearts. He proposed to me at night and I told him about how my family would react, we belonged to different castes after all. I gave it a lot of thought and to my greatest surprise, he texted me at night, saying, "Think over it and tell me tomorrow. Right now, I'm very sleepy. Good night."

I thought — which guy goes to sleep without getting a reply to his love confession? The next day in the morning, I said Yes. Our courtship period started that day and it was all about sharing a lot of fun and laughter together. I love buying gifts for my loved ones and he was my new loved one now. But, he wasn't like me and he doesn't believe in this idea.

I loved him anyway, the way he is, and I then discovered that he expresses love in a very special way. There was love in his eyes, in his benign smile, his look. His small gestures of love could go easily unnoticed because they were all so subtle.

Once we graduated, I had family pressure and many marriage alliances. So I revealed my relationship with Mr. Das to my grandma, she was my first best friend. As expected, she was very considerate and she pacified me. As my parents came to know of this, they were disappointed in me and told me that they will never agree to this. I told my grandma that I'll hold on, and wait until all of them accepted my relationship.

I said to her, "I'll wait until you feel that we are mature enough to start a life together."

But, in 2 months, another alliance was fixed.

The pressure was building up and I was getting restless. After days of turmoil, I told my boyfriend that I have to let him go. He was very understanding and said he'll be with me, whatever decision I take. He told me that he'll not let me be miserable, not as long as he is alive. I have never felt weaker in my entire life. I had to give up on him — not because I didn't love him, not because we lost our love or understanding for each other, but because our love couldn't be explained to others. There came a point when it wasn't enough to love each other wholeheartedly, and believe in each other, but it was more important to substantiate it for others. It wasn't possible.

So, I made my decision.

I knew by that time that it was better to not do what is against your conscience and ethics than give up on someone for no rational reason, for life. I eloped with him, without any notice and got married to him in the presence of his parents, according to the Hindu Marriage Act, in a temple. My family filed a man-missing case and I was required to appear before the court. I came back for the hearing.

The Magistrate told me to present myself in the police station first. I went to the police station, my statement was recorded. People in front of the police station looked at me, aghast. I didn't cry or bow my head. My parents were in doldrums and my maternal uncle abused me incessantly. I was taken to the court in a police jeep from the station to make sure I gave an unprejudiced answer to the Magistrate. I pulled through it all with my head held high because I endured it all for a cause and that cause was as true as the air I breathe.

Once I was standing in the court, the Magistrate asked me: "With whom do you want to go?"

I said respectably, "I'll go with my parents. They have assured me that they will call up all my relatives and arrange a reception."

So, I was allowed to go with my parents, without bringing any shame to my family. Because, love is not about questioning the 'honour' of your family. With a heavy yet healthy heart, I waved goodbye to my husband and his relatives, and walked to the car with my family. I reached home and my grandparents hugged me. This was the time I really felt sorry for what I did. My maternal uncle saw this and stormed out of the house in fury. He had expected that I'd get mercilessly beaten up by them. For one month, my grandparents shielded me against every abuse — physical and mental.

After a month that seemed like eternity at home, a reception was held and officially, I was wedded to my husband, my one true love. A week later, my grandpa passed away and my uncle tried to incite all my relatives into a diatribe against me, pointing out that I am the reason for his death. My grandma, a very strong lady, supported me all through the hard times and said that she'll keep doing it as long as she's alive, no matter what others say.

I don't know why my uncle was still so against me, maybe because he has two daughters of his own. I can only feel sorry for them. On the eve of New Years, I set out for Bangalore for my job training and my uncle wasn't at peace for that too. He asked my paternal relatives to make sure that I was at my job training and nowhere else, as I am a 'characterless woman and may elope with someone new'.

He continues vilifying me, there are a lot of stories he has fabricated against me. I forgive him anyway.

Eight months have passed by. I went home recently and things have started to ease out between me and my family. My husband and I have rented out a flat and initially there was only a bed, dressing table and a few chairs here. Now, we have a TV, refrigerator and washing machine and enough savings that keep increasing every month. Buying each one of these was a celebration for us. We enjoy building up our lives progressively and the greatest thing is that we realized that all people say about love and marriage is false.

They say, in love marriages, love happens first and then wedding and so, after the wedding, love dies out eventually. But, we can draft a testimonial in this regard — our love for each other, has only increased after marriage, we are yet to explore each other completely and we are hopelessly in love with each other.

Like this story, some love stories are meant to be action-packed. Watch Aisi Deewangi tonight (22nd May) on Zee TV at 7.30 pm to experience a love story where there will never be a dull moment.

I'm a happy writer. I write to keep my happiness intact, just like a photograph keeps our memories intact.

I Grew Up With A 'Manufacturing Defect' On My Face Since 9 Years Of Age; This Is How I Changed My Story