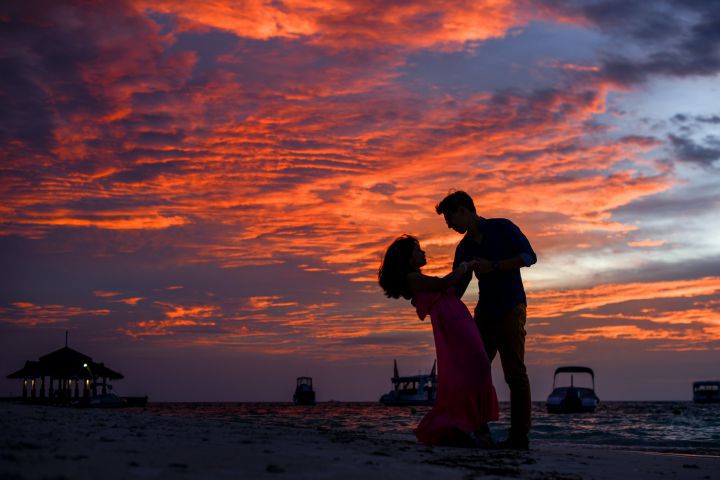 It all started three years ago. I am Kaira. I had recently joined a new office in the month of June 2018. My new designation was Assistant Manager in Finance. My new organisation was a vibrant & positive place. I enjoyed my work and soon made a plethora of friends. So everything was going on smoothly.

In the month of December, we decided to go for a one day picnic to celebrate our quarter ending sales. It was a picnic at a resort and we spent the whole day enjoying water rides, playing games, singing and dancing. Some of my friends there decided that they would stay over the night and call a few of their existing group members as well. Since I knew them only since the last 6 months, I decided I wouldn't stay over. But all 6 of them convinced me to stay and assured me that it will be a fun night, and they would really appreciate my company. So, I decided to stay over.

It was 7 PM and all of my other office colleagues started to leave for their home. We found a hotel in the vicinity through an online app and we decided to walk up to that place. While walking, they kept talking about 3 other friends who would be directly joining us at the hotel. One name rang a bell in the head. The name was Anshiv!

I realised that Anshiv was one of the stud guys in our organization and he was placed in one of our offices in Lower Parel. I remember the girls in my office drooling at his modelling pictures. (Yes, apparently he was a wannabe model who had taken part in a few modelling competitions.) He had also sent me a friend request on Facebook, and I had stalked him left right and centre, but after a few days I forgot about it.

So, coming back to the present day, I kind of looked forward to meeting with Anshiv but I didn't share this with anyone. It was just my little secret. We reached the shady hotel which was under renovation. We gathered that we were the only guests they had that night. Four of us girls took one room and the other room was for the 6 guys. We all changed into something comfortable and the guys came to our room with drinks and hookah. They were constantly in touch with the other guys who were supposed to join us.

I was eagerly waiting to see Anshiv and all my concentration was diverted there. I decided not to drink too much since it was my first night out with these people and I didn't really know them that well. So, I took a beer and was listening to their talks. Then suddenly, the bell rang. One of my friends opened the door and there he was. Standing tall and handsome. The famous Anshiv. I think my heart skipped a beat when I saw him. All geared up in his leather jacket, a helmet in his hand. I think I must be staring at him because he looked at me and gave me one of his killer smiles. He then removed his leather jacket and freshened up a bit and sat down to drink.

So, we started talking about ghosts and paranormal things. The discussion moved on to office politics. I was kind of bored and I couldn't even finish one bottle of beer. Anshiv, who was sitting next to me noticed this and asked me why I was drinking so less. I said this is my usual capacity to which he laughed and said I don't think so. I found it odd, since we had met for the first time and he had already had an opinion about me. So I ignored his statement but continued looking at him from the corner of my eye.

Our eyes met each other quite a few times. It was around 2 AM and drunk as hell as the boys were, they wanted to dance. There was a terrace right in front of us and all of us went there. Anshiv, meanwhile, asked us to carry on and stayed in the room. On the terrace, the boys started the speaker to cheeky Bollywood dance and everyone was dancing. I stood in a corner and watched them dance since it was my first time with them and I wasn't really drunk. All the while missing looking at Anshiv.

Suddenly, there came Anshiv with a big bottle of mixed drinks. He started passing around the bottle to each one of the friends. I was looking at him standing in the corner. Just then, he came out of nowhere and pulled me to dance with everyone. I tried to excuse myself stating I don't really know how to dance but he insisted. He then came and gave me the bottle of mixed drinks and forced me to drink it. I had two sips and that was enough for me.

The vodka, the cool breeze and the loud music woke up the hidden Kaira in me. I started dancing like no one was watching. Anshiv and I were looking at each other throughout and now of course I wasn't shy anymore, thanks to the vodka. Every single one of us was too drunk. It was 3.30 AM and the hotel staff had to ask us to go to our rooms since the loud music was disturbing everyone.

So, with a heavy heart we went to our room but the music and dance didn't stop. We danced to Bhojpuri music with all the sleazy steps. I think this was the moment I became one of the group members. The moment I always cherish. I kept falling because I was too drunk, but I didn't want to stop. All of us girls were too drunk to even stand but the energy was unstoppable. Anshiv kept trying to hold me steady and was worried that I don't hurt myself in the process.

The boys were finally tired and at 4 AM we decided to call it a night. We were 6 of us. Three girls and three boys. We decided to sleep in one room. Since the other guys were sleeping in the other rooms. The other guys, I forgot to mention, were sloshed. Most of them threw up and had gone to sleep. The girls were to sleep on the bed. The boys had put the mattress on the floor. My eyes were searching for Anshiv who wasn't in the room.

But, there he came. He looked at me and gestured me to come out. Drunk and besotted that I was with him, I made an excuse and went out. He was waiting for me on the terrace. He told me he wasn't sleepy so he thought we could chat. There were no chairs there, just a small cement box of which I sat on and he stood in front of me. I was drunk and lost my balance a bit, and he held my hands to give me support.

There we were at 4.15 AM in the morning holding hands and just looking at each other.

We started talking. He told me about himself. I told him about myself. He was standing for long, so I told him let's sit down on the floor. We both sat beside each other and spoke. I think we spoke everything about each other. We told each other every detail about ourselves. I kept my head on his lap. He kept playing with my hair.

It was a night I can never forget. The hotel, the night, the wonderful group I was a proud part of, the people, the drinks, the dance, the talks and most importantly Anshiv. One of my friends came to check on us and saw me sleeping on his lap. We decided to go in before anyone would think something else.

Before leaving we had a moment. We looked at each other and were very close to kissing. There was too much chemistry between us. A very strong connection. (Something I still cant explain. It's been three years to that night but that chemistry when we looked at each other is still unexplainable) But something stopped us. We just held hands and left from the terrace. I had a strong feeling, this night would definitely lead to something more between Anshiv and me.

Read this story for it reminds you of the first time that you met that special someone, and had little stolen moments with them. Share the warm and fuzzies with you friends and tell us of your own experience?