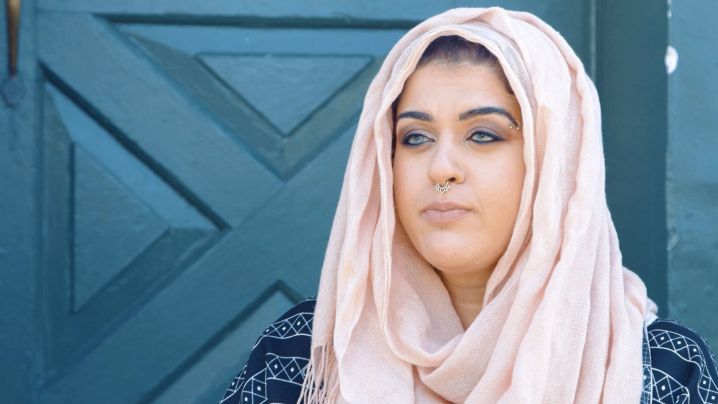 When I was in school, I was extremely shy; barely spoke to anyone. In fact, a lot of boys were too scared to talk to me because they thought I was an extremely conservative person. My friend circle was small and limited. I was a brilliant student and in college, I spent my time buried behind books.

One day, after classes, I got hold of my mom’s phone and accidentally managed to open the browser. After a few minutes on it, I ended up downloading an app that changed my life.

I had to register my number on it and since I didn’t have a phone, I used my mom’s number to do it. It was an app that allowed girls and boys to send friend requests to each other. Soon enough, I began getting a lot of requests, most of them from girls and just one from a boy. He was Muslim and since I belonged to a Muslim family, I accepted it.

Since I wasn’t chatting on my phone, our conversations were erratic and could only happen when I had her phone. I began developing feelings for him, whenever he would talk about other girls, I found myself becoming jealous. When I confessed this to him, he told me that he did this only to make me jealous.

After two months, I gave him my number and so whenever I had my mom’s phone, I would call him and since he was working in the Navy, we managed only a few conversations. One day, he told me that he was coming home. He was going to finish his duty soon so he proposed to me. I clearly said no. There was no way my parents were going to accept me being in a relationship with someone who was this far away from us.

He kept asking me and I kept avoiding the conversation, but one day, I finally lost myself in him and said yes. I told him that I will marry him because he’s my first love and one’s first love will always be forever.

I could have been just another girl to him, but at that time, I was so innocent. I couldn’t judge people, especially not a boy. And so, we were in a relationship, but when he went back to duty, he couldn’t call me and we would speak only once a month. It became really difficult for me because he could call whenever he had time and I had to find a way to be available for him, with my mom’s phone.

So, one day, I bought a new phone without my parent’s knowledge. We talked about everything in that one year and it was a smooth and wonderful relationship.

I was on cloud nine; except everything changed once he came back to India for good. He began ignoring me and all I could do was spend my days and nights crying.

One day, out of the blue, he broke up with me. He told me that his mother would never agree to our relationship and he couldn’t or wouldn’t do anything to hurt her. I was broken and begged him to change his mind, but nothing worked. He told me nothing would work out and eventually stopped answering my calls and messages.

Unsuspectingly, I found out that there was another girl in his life and he wasn’t keen on pursuing something with someone who was so many miles away from him.

By now, it was time for me to join a university. I helped myself and came out of this depression. Every night I would cry for him. In this phase, he blocked me from everywhere. I was in unbearable pain and forced myself to focus only on my work.

One day, I got an email from him and he told me that he had been in an accident. Things could have been serious, but he got lucky. He told me that he was sorry and how thought it was karma. I couldn’t stop crying and hung up.

After that, he kept calling me. He needed me to forgive him. We spoke for the next three months and after that, he asked me out. I agreed. Our relationship lasted for five years and in between, we did fight, but we used to have our good days too.

I began failing in my subjects and I kept trying to change him, but it wasn’t going to work. I knew this, but I couldn’t help staying with him. Soon, we began planning our wedding and it was time for us to speak to our parents about everything. He told me that he would call my father and speak to him directly. That conversation did not go as planned and my father told him never to call him or me again.

He never understood my point. For almost a year, we tried to convince my parents. He even came to my house with his family with a rishta.

In the end, we did end up conquering it all. I’m still amazed that we got married. I know it happened because I put all my trust in Allah.

If you love someone, truly, then you should understand that Allah will always work in your favour. Always.

Share this story, because God works in mysterious ways and it's refreshing to hear a love story with a happy ending.