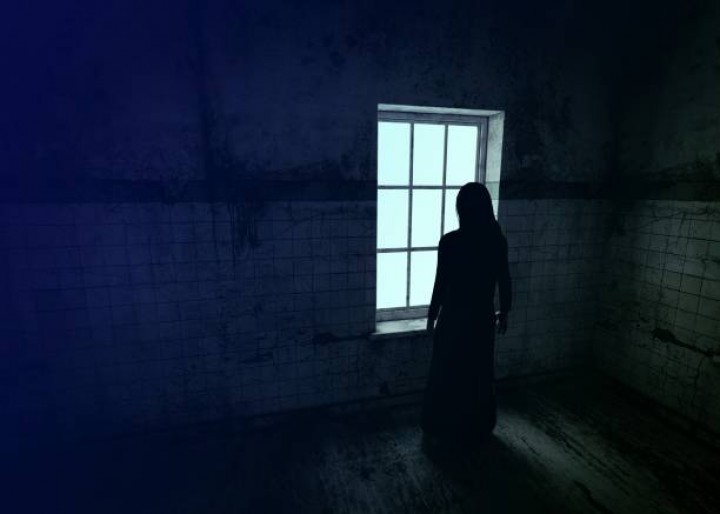 This happened with my mother. We used to live in a house for rent years ago. That house was somewhat away from the main road. Of course, there were many other houses around. That house has an empty plot same as the area of the main house attached to it. The plot belonged to the owner. There was a gate in the boundary wall through which we can enter the plot. My mother is fond of gardening. There were many banana trees already planted there. My mother additionally planted few flowering plants. She took care of those plants and trees.

One day it was afternoon time, my mother came into the bedroom with a blank face. She immediately asked me not to go to that plot in afternoons and late nights. I felt something fishy. I insisted she tell me what happened. She said nothing and lied down on the bed for a while and continued with her other household chores. Later that evening of the same day, she was having a conversation with my dad, which I overheard intentionally. I knew she will talk about what happened with her in the noon of that day.

She told my dad she was checking on the plants and as she was leaving, she saw a long shadow beside her. She doubted it was hers. She again walked two steps ahead and stopped intentionally to see if the shadow stopped, but the shadow took two more steps and stopped. She turned back and there was no one. She was horrified and immediately she came back to the house. She also mentioned me asking her what happened and asked my dad not to mention anything to me as it might scare me. Another such incident was in the same house.

My mom was sleeping in the hall. It was summertime and by opening the windows in the hall, the space aerated well. We did not have an AC back then. So my mom was sleeping on the sofa in the hall. Dad and I were sleeping in the bedroom. It was late in the night. Dad and I were in deep sleep. Then in deep sleep, my subconscious was telling me not to sleep straight on my back. I never sleep straight as once I had sleep paralysis. So it's my rule.

But that night, I was sleeping deeply. At some point, I was trying to turn to the side immediately but I felt someone held me tightly and I was not able to move plus I was crying in a male voice in a low tone.

I know I was crying but I was sure it was not me wanting to cry. Then I was completely immobilized. I said 'Jai Bajrang Bali and Jai Shri ram.’ in my mind and trust me, I had to apply full force to move my hand and tap my dad's shoulder who was sleeping at a distance beside me.

Because of the force with which I hit him, he woke up immediately asking me 'kya Hua beta?’ He was terrified. Then my mother also came in. Then I explained to them what happened. After listening to me, they both stared at each other for a moment. Then my parents said it might be a bad dream. My mother had put lord Hanuman's tilak on my forehead and she slept beside me that night. These two incidents I can never forget.

Later, my mother came to know there was a watchman who used to guard the property and the house. He had died recently. Many people have claimed to see his spirit.

We moved recently to that house and we were unaware of all this. After hearing this, a few months later, we moved out of that house. Though we have not experienced any other incidents than the above-mentioned. The house was kind of creepy. It was remote also, poisonous snakes used to come from the bushes around. We could see a large snake almost every other day. However, we were lucky that none of those snakes ever entered the house.

My father felt it's better to move out and hence, we shifted to some other house.