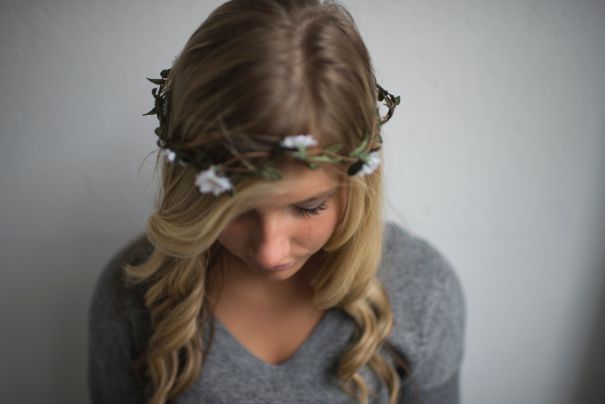 It's a universally acknowledged fact that once you get married, you don't get to be yourself. And for as long as I can remember, I've been so fiercely protective of who I am and how I became that way. I've seen marriage as something that spineless, lesser humans choose.

It's true. I've actively avoided being in a wedding for at least the past 8 years. Several of my friends- good ones, close ones- have been married in the meantime and even had children. The highest level of congratulations I can offer them is a sarcastic remark.

And then I met someone who I fell in love with. Unlike other people who change their minds about marriage, I'm not going to say that "he's the one" or "what more could I want?". In fact, the only reason why I'm ready to marry him is that it makes my life infinitely easier than just being his girlfriend. Now that we're at the stage of getting-to-know-the-parents, my mom often asks me "But what if his parents don't like you?" and I very coolly say, "Then let them get him married to someone else. I really don't mind." That's the truth.

If I dig deeper and really look at what transformed in me that turned my allergy to commitment into real passion, the only thing I see is that I'm not myself anymore. Actually, I can even go as far as to assert that I have lost the personality that I was so compulsively protecting.

Anybody who knows me will tell you that I have my own mind. I am smart, independent, and I sure as hell don't need a second person to make a difference in the world. When my mother objected to me hiring a cook for myself, I told her, "Ma, if I had more time, I would do more work." That's how driven I am.

So it's only fair to ask me, "Why on earth would you be the sanskaari bahu to his family? Why are you making his family problems your own? How come you're learning to cook for him?"

Have I really turned docile? Has the patriarchy finally snatched my light?

At work, I am someone who makes a difference in the lives of thousands of people on a daily basis. I allow people to be heard, I keep their secrets, I tell their stories, and I make them relevant to society. That fundamentally needs me to be generous and empathetic. But there's something I want you to pay attention to- this story is not about me. This story is about every human being who has a career and is considering marriage.

It's not like you work on your own. You exist in a network of work relationships that makes you money. Like it or not, you have to be generous and empathetic on a daily basis. You can call it "being a leader" or "being a team player" or whatever else you like. But that's basically what allows you to be in your job and earn your bread. You and I are already that person.

Now, I have a real ambition to make a difference to millions of people every day, rather than just thousands. That is a huge jump in the quality of my generosity and empathy. So it is pretty absurd to say that my vision is only meant for strangers I'll probably never see, and I have no space for my boyfriend and his family in it. If I'm out to transform the world, everyone is a part of it- including my current and future family (unless they migrate to Mars). And only a fool would kill her personal life and happiness to be what is popularly misunderstood as a "go-getter".

So, is getting married going to irreversibly stop me from who I am being right now? You bet. And that's the good news. I no longer want to be just enough for myself. I no longer am the person who is personally successful. I am now someone who can hold any and every human being in my life. I am the source of magic in the world. I am responsible for everyone's happiness- even yours!

And marriage is only going to up my game.

Tam Brahm, thank you ma'am | Brasht millennial clacking heels in the city | Child of the Internet.