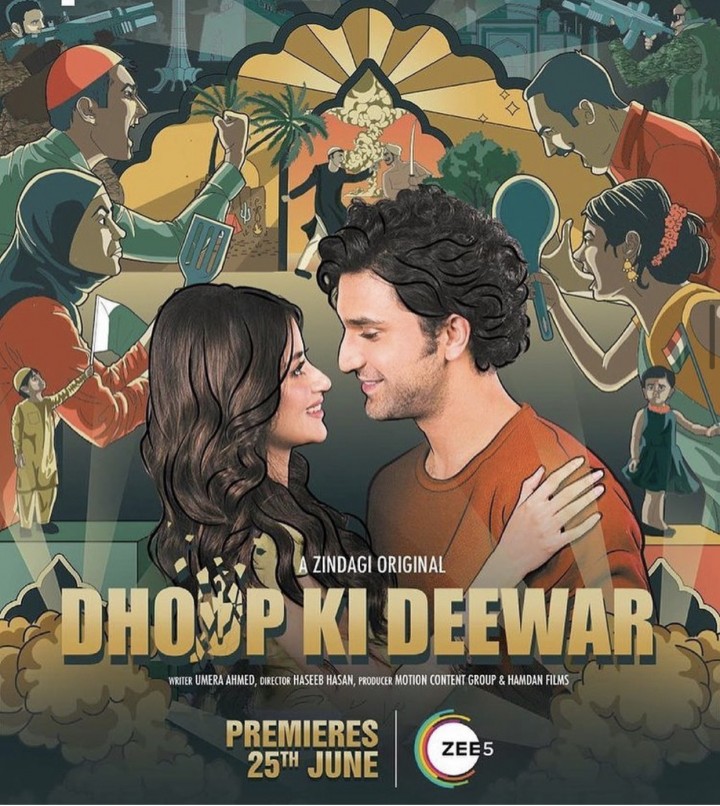 Last week, I woke up to a tweet from my friend Momin Ali Munshi in Lahore. He was mighty upset that Bigg Boss has gone the OTT way and he won’t be able to catch the season this time.

Momin and I had connected on social media a few years ago to discuss Salman Khan and Katrina Kaif starrer Tiger Zinda Hai and have somehow stayed in touch over the years.

We are both film journalists (I work with Mid-day and he runs his own website Galaxy Lollywood in Pakistan).

Every few months, we get on a call to discuss idhar-udhar ki baatein and filmy gossip. In fact, one of my sweetest memories of this year was when I received a phone call from him one evening in April. The second wave was at its peak at this time. I had spent the entire day trying to find oxygen leads for a friend in Ranchi, who was in the ICU.

After a rather disillusioning week - losing loved ones to COVID, an inane chat with him reminded me that there is still love and hope in the world.

(Yes, we exchanged a fair amount of filmy gossip again.)

Momin and his friends are arguably bigger Bollywood buffs than I am. And if one ever needs recommendations on which Pakistani serial to watch, I am your go-to person. I will go beyond the mass favorites Zindagi Gulzar Hai and Humsafar to recommend rare gems.

I have always believed that art and culture unite people. I grew up on Dhoop Kinarey as much as Kyunki Saas Bhi Kabhi Bahu Thi. And with Netflix and Amazon opening us to an explosive world of content, I consume French shows with the same excitement as The Family Man.

Why, then, is our love for Pakistani content considered so inappropriate in today’s times? Isn’t loving Churails the same thing as raving about Big Little Lies? Turns out, it is not.

One may be unaware but Zee 5 was recently suspended in Pakistan ahead of the airing of their show Dhoop Ki Deewar. Written by the well-known Pakistani writer Umera Ahmed (Zindagi Gulzar Hai fame), the show tackles the grief of two families whose sons were martyred in war. Ahmed joined forces with creator-producer Shailja Kejriwal (Head of Zindagi) to tell a story that is an antithesis of jingoistic war films we are routinely dished out.

I remember chatting with Shailja ahead of the release, who told me how they started writing it amidst a skirmish when the papers were filled with loaded headlines designed to trigger people.

But here’s something she said that I'd never forget - “Making a political show in these times isn’t easy. But that said, I am a political person. For me producing what I am, is a way of activism. I want to be an enabler of secular ideals we have grown up believing.”

One has to commend both her and Punit Goenka (CEO, Zee Entertainment) who now run Zindagi as an arm of Zee 5 since mid-2020 after the channel was shut down after the Uri attacks in 2016.

In my personal opinion, Dhoop Ki Deewar is not a political show. It explores the underlying human emotions of families stricken by grief. The makers have been mindful of not hurting anyone’s sentiments. And how could they?

An Indian produced this show that’s written, directed, and performed by Pakistani artists. The same balance reflects in the narrative.

The series was apparently inspired by Gurmehar Kaur’s viral video where she stated that war, not Pakistan, killed her father. The underlying idea is to take an intimate peek into what happens to families after war-related regalia is over.

When people hype up war on social media, they make it sound like it’s a video game. Every second patriotic film is about the glorification of war.

People very casually say things like ‘shaheed ki biwi roti nahi.’ Why are we underplaying her grief? She still returns to an empty bed every night with the memories of her husband in her heart, crying herself to sleep.

It would have been interesting to be a fly on the wall in their writer’s room. I’d assume that there were charged-up debates but I hear, the conversations were humane. Humanity is a bigger identity than nationalities, after all.

When I spoke to Umera, I realized why this was such a personal story for her. She told me that while growing up in her hometown in Sialkot, the sound of shelling was a constant in her childhood.

“There were curfews because of hostility at the border. I have never gone to the army hospital and not seen injured soldiers. It’s a routine for people who live around the line of control on both sides of the border. I wanted to channelize the impact it had on me…”

And the show brought to the fore that very empathetic gaze. From shining light on the treatment of widows in South Asian families to exploring war mongering on news channels, the series gets a lot right.

But this isn’t about one Dhoop Ki Deewar. Or about Momin missing Bigg Boss and me hoping that Fawad Khan stars in a Bollywood movie again.

Every time Momin and I bicker about the toxic star culture of our respective industries, we realize Indians and Pakistanis are fundamentally the same people. “Jaisa des hai tera, waisa des hai mera,” we joke.

If we can find a vaccine for COVID, is it so hard to find an antidote to this ongoing hostility the two countries share?

Umera had quoted her husband’s joke to me on our call. “When I have to meet anyone from India, I take a 4-hour flight to Dubai. And they take a 4-hour flight and meet me in Dubai. Why are we giving business to Dubai’s coffee shops when Lahore or Mumbai will just be alright?” We’d laughed before realizing that things aren’t as simple as they should be.

I had asked her why she wrote the show, knowing well that there will be backlash. It is a tough subject to broach and it’s even harder to get people to talk about it. And here’s what she told me.

“It’s sickening that for 73 years there’s been such hostility between two nations that are essentially cut from the same cloth. We cut communication and avoid dialogue and it requires foreign intervention to get us on the same table. Why is there such a lack of balance? Let’s keep talking, have a debate but how is cutting ties ever a solution. Equations being severed only makes the common man suffer.”

Such is the opinion piece that must reach each and every corner of the world sooner rather than later. Thanks to the power of the Internet, you can help make this possible. Please share this story and spread the message far and wide.

Mohar Basu has been a journalist for 9 years and is currently Senior Correspondent (Entertainment) at Mid-Day. She has previously worked with Bombay Times/The Times of India. In 2021, she appeared in the BBC documentary A Death in Bollywood - a three part series on Jiah Khan’s death, to discuss the culture of sexual harassment at workplace in the industry. She is currently working on a book commissioned by Harper Collins India.

Here's Why I Admire My Flawed Yet Perfect Mum