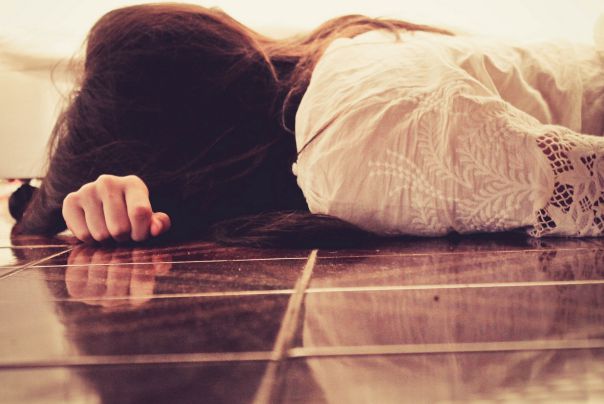 I can describe myself as a very sensitive and unlucky girl who always gets rejected. I suffered a lot because of my criminal brother and an abusive father. I wasn't even sure about my safety. I have seen wounds and bloodshed in my home which makes me feel sick. I had attempted to commit suicide when I was just 15 years old.

I have studied in a girls' college. I had no chance of knowing guys. My father often threatened me to stay inside the house and never let me talk to my neighbours. This miserable life made me fall in love with a guy and I thought he was in love with me though he didn't propose me. Soon he got married to another girl and I was left heartbroken.

Later one of my colleagues proposed me and later rejected me because we couldn't afford to give him dowry. He later got married to some other girl.

I suffered for 4 years because of depression after my second break up and couldn't move on in my life. I lost all my self confidence and energy though I was known for my beauty in my work place. I got good marriage proposals during those times. But my father rejected all the proposals giving silly reasons.

People started spreading rumours because I wasn't getting married. I was eagerly waiting for my prince charming. But my family made fun of me because I desired to get married. I felt shy and slowly stopped dreaming about having a good married life.

At that time I got in contact with my colleague's friend whom I knew for 5 years but didn't have any personal interest. After talking to him, I realized that he was as broken as I was. His girlfriend had married someone else. I was compassionate but he treated me like an animal. First I thought it may be because of his depression and thought that he would change.

He was very interested in sexting. I had nobody else to talk to and I fell in love with him. He took unfair advantage and called me to meet him personally. I considered him as my good friend. I went to meet him. He used me sexually but I was in love with him and dreamt of marrying him.

His behaviour started changing drastically after that incident and he started avoiding me. Later I found out he was still in touch with his ex. I often craved for his love and affection. I confronted him, asking if he was planning to get married to me. But he refused immediately and said that I was too old. He suggested that I must marry a guy that my family chose for me. He said he couldn't forget his ex.

He didn't talk to me later. I am always depressed and don't know what to do and how to tackle this state of mind.

I Quit My Corporate Job To Empower Women: It's The Best Decision I've Ever Made

Our Love Story Remains Unfinished, Yet It Is Unforgettable