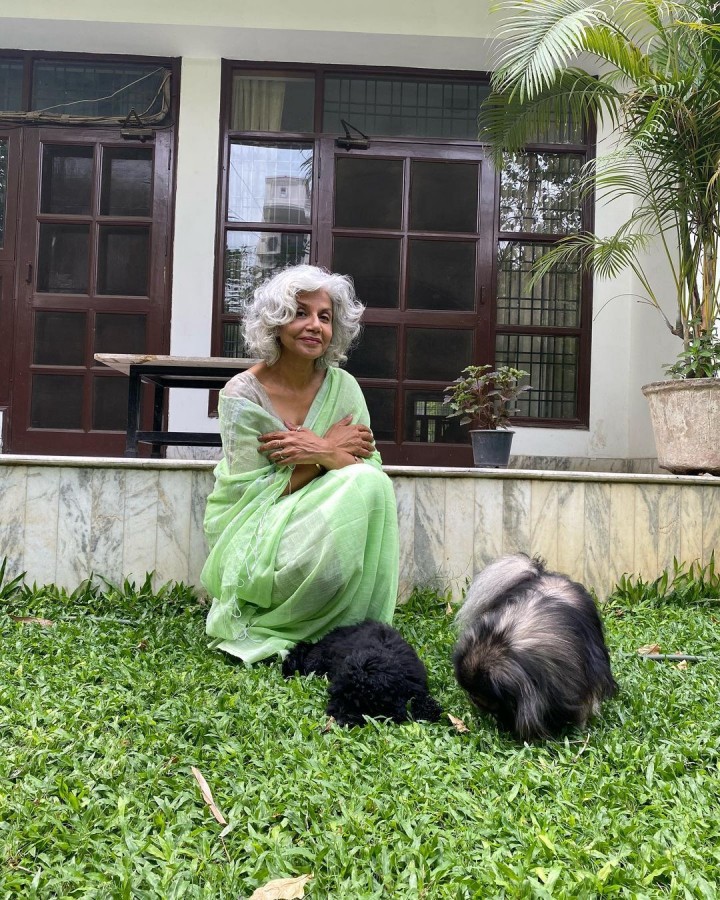 My experience with my first shot was not great since I felt a little uneasy at first, but it may have been due to my age. The stylists, photographers, and designers have always been incredibly kind and have done their best to make me feel at ease. The first shoot was a little awkward, but as I became more accustomed to it, it became a lot of fun.

When I first started college, my seniors asked us to introduce ourselves by modelling on stage for them as part of their ragging.

In my youth, I was really timid. I had the chance to take part in several ramp walks after being married to a fighter pilot. We travelled to different places and attended several parties.

I'm delighted that this generation is working to gradually get past the judgmental attitudes that have been ingrained in our culture, which has established many conventions, particularly for women.

I've been lucky enough not to encounter one yet.

In every area of my life, my hubby has been incredibly supportive.

Many women today struggle with the issue of male domination, but I think most women can get over it if they embrace harmony and engage in a conversation centred on everyone's satisfaction.

I've never considered modelling to be a career. It is still not. My hair was the only reason it occurred! My silvers, which I've spent my entire life hiding, are now my most significant accomplishments!

Here's How Our Love Story Turned To Happily Ever After

JUST IN
HOW'S THE JOSH
Your Stories
LET'S FACE IT
BAKKAR. CHAI. SUTTA
LIFE IN THE TIMES OF CORONA