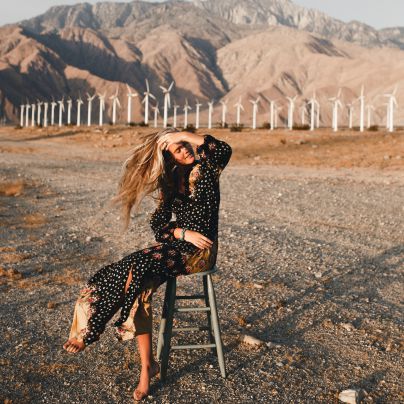 I came out of my gynaecologist’s room. Her words continued to echo in my mind. I knew it was not the end of the world. But the news had shattered my own little world of joy.

“Mayer-Rokitansky-Küster-Hauser” (MRKH) Syndrome is a rare medical condition that affects 1 in approximately 4,500 women. The uterus is either absent or cannot grow big enough to carry a baby. And I was diagnosed with this syndrome.

My doctor had just confirmed that I would never be able to give birth to a new life because I was not blessed with the ability to reproduce. I was just 17 years old at that time and I had not yet started menstruating.

We had spent a year consulting various doctors. I went through all kinds of tests. I had been on medication for a long while now. And the diagnoses did nothing to solve our doubts. My parents were worried. They made me go through all this. They then prayed fervently to all their favourite gods with the hope that a miracle would cure my condition.  After trying allopathy, we tried homoeopathy and ayurveda. I did yoga and pranayam.

All these efforts proved to be futile because I just could not bleed. Now I knew I never would.

I was a normal teenager in all other ways. I too had already started going through mental, physical and emotional changes.

But I felt that my privacy had been breached. I felt as if people were questioning my sexuality. At one point in time, I even started asking myself if I was really a female.

The news that the doctor had broken earlier that day took time to sink in. It hit me hard now when I was all by myself. I could not sleep at nights now. I could not focus on my studies. I felt helpless and hopeless because of my medical condition. Only one thing replayed itself in my mind repeatedly. “Why? Why me? Why this rare incurable syndrome?

I hadn't done anything wrong to anyone. I had never thought ill of anyone. Then why did I have to go through this kind of suffering? Obviously, I never got the answer to any of my questions.

All my other test reports were normal except for the fact that I would not be able to reproduce. However, this entire exercise proved to be fruitful in a different manner. I came to know about one good thing. I could have biological children with the help of surrogacy.

So, I guess there was some kind of hope in my life.

It took me a while to accept the reality. Luckily, I was mentally and physically stronger than my peers. I never talked about my problem with my friends or other family members. I just accepted it as my fate. I started focussing on the positive things in my life.

I was blessed with a healthy mind and a body. I had a beautiful soul. I had a loving family, a bunch of true friends, a place to call home, food of my choice, money to fulfil my wishes and the opportunity to be independent.

I realized that the world was full of pain. My suffering was nothing compared to other people’s suffering. There were so many people out there who were struggling with their diseases. They were incapable of doing their daily chores. Many of them could not afford even the basic necessities of life. There were orphans who were forced to find their way in life. So many people were being harassed by others. Yet others were dependent on others for their livelihood.

Slowly, I learnt to accept myself the way I was. I became humble and was grateful for the life that I had.

Time flew. Life moved on. I finished my studies and got a job in a reputed firm. I had been single all this while but I was a hopeless romantic at heart. Mere dating had never been my thing. I had waited patiently to get my share of LOVE in life.

I believed in the concept of soul mates.

One fine day, I met a guy. Within a few days of interacting with each other, we started falling for each other. We seemed to share a strong connection. I could sense the butterflies in my stomach.

I was experiencing all the things that I had only read in books so far.

The moon had grown to look more beautiful now. The stars were brighter. The breeze was colder. I started spending sleepless nights again but this time for a different reason.

I was in love and everything around me had turned into beautiful poetry.

He proposed to me after two months. But before accepting his proposal, I wanted to tell him about the bitter truth of my life. I gathered all my courage and told him about MRKH.

But he could not accept me after he came to know about this. So he backed off.

My world shattered again. But this time I knew I had become a stronger person. They say that a special someone has been created for everyone. I don’t know if that is written in my fate or not.

The person who claimed to LOVE me could not accept me with my imperfections. So I wonder if anyone else will ever accept me.

But the best thing about the whole thing is that I don’t give a damn about it.

From 17 – 27…. these 10 years have taught me to love and accept myself the way I am. I am happy, healthy, positive, confident and independent.

I am not ashamed of my flaws. I am proud of my abilities.

But one question continues to haunt my heart. Should a person be loved on the basis of his/her ability to reproduce? Isn’t a woman more than just her womb? Does not being able to bear a child make a woman less of a female? I belong to a conservative Indian society. My family supports me. Yet they are scared. They wonder what my relatives and the people of our society will say when they come to know of my syndrome.

Will they accept me? Or will they humiliate me for being barren? This is the question that repeatedly comes to my heart. I cannot help it. I just hope that they will be broad-minded enough to stand by me.

As for me, right now, my life looks beautiful to me – with or without a partner. I know getting married and bearing kids is not everything in this world. And just because I have this syndrome it does not mean the end of my world. Despite having this condition, I am still hopeful of being loved.

I am striving to be the best version of myself. And as far as my wish of becoming a mother is concerned....I'm sure there are already many cute little bundles of joy waiting to be adopted by a super cool mom.

I often get to see people who are blessed with everything in life. Yet they complain that life is unfair. They keep whining that they don’t have this or that. To all such people, I just want to say this: Open your eyes. Turn around. See how people are fighting their battles to live, to sustain themselves in this world, even to just breathe.

Be thankful for what you have. Always remember that there is a silver lining to every dark cloud. Just because you are facing a few challenges in your lives right now it does mean that your world has ended.

Let’s share this story and understand this young lady’s message. We all have to face our own set of challenges in our lives. We can either keep complaining about the challenges that we face or we can use our intellect to work our way out of our challenges. That is up to us. Yes, overcoming our challenges is tough – very tough. But that’s the charm of it all, isn’t it? That’s what life is all about - for all of us.

This Mission Is In Honour Of My Guardian Angel