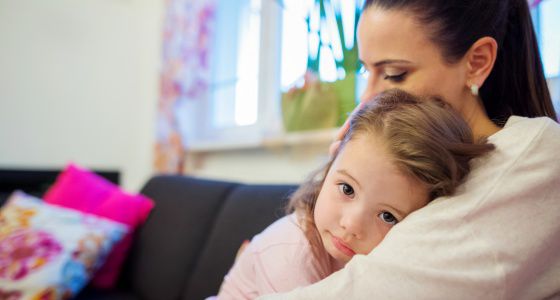 I have been married for last six years and a mother of a 4-year-old.

I had a tough childhood with my family problems. Still, I managed to come out as a strong and independent adult. I was always a confident girl, had good looks and scored high grades in school. In college, I was the girl whom the most guys wanted to date. I ended up dating a guy from different religion and was aware that my family would never accept him.

He loved me like crazy and so did I.

I tried convincing my family for 5 years but they were too adamant to listen and understand my feelings. I ended up choosing my family over this guy because I couldn't leave my mother. But the anger piled up inside me and I became a rebel who hated society and its hypocrisy, and my family too.

After my breakup, I tried my best to get over my ex but I just couldn't.

I married the guy who was from another caste and my family still didn't approve of him. I thought he was independent and strong headed just like me, and that's why he would be a good match for me.  But just after the wedding, I came to the terms with reality. He was a mama's boy and didn't have any guts to go against his mother.

His mom made things difficult for me to adjust and always harassed me for little things. My husband never took a stand for me, in front of his mother, even when he knew I was right. He never supported me and always fought with me on pity issues.

We had many such incidences where things went from bad to worse and he went to the extent of raising a hand on me.

6 years and I am still an outsider in his house. I do all the house chores and contribute financially to that house. But whenever any decision needs to be taken, I don't have a say in it. Even when it's regarding my own daughter. I want to take a divorce but I can’t as my daughter is very attached to her father. On the other hand, my family supports me now in ever manner they could but still, when I need someone I just can't bring myself to talk to them.

My loneliness has pushed me into depression.

I lack the feeling of belongingness. I want a home and someone who loves me unconditionally. I love no one now except for my daughter and I don’t know whether I will ever find peace again. I can only hope.

Share this story because it's true that children always get stuck between the fighting parents and it affects them mentally.

Dear Fellow Indian Woman With A Typical Indian Family: This Is For You

We Took Their Abuse Right From The Beginning Because We Were The "Girl's Family", After All

My Love Got Married So I Wasted My Emotions Like This